Introduction To The Medieval Culture And Its Top 10 Characteristics 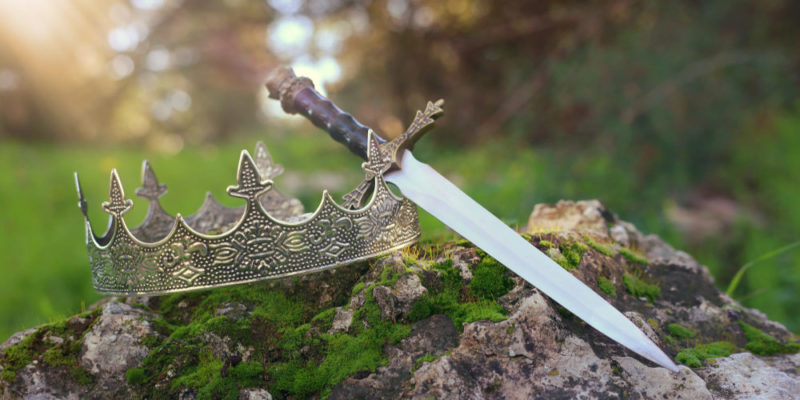 What is medieval culture?

We explain what medieval culture is, what society was like and its political regime. Also, what are its characteristics and medieval art.


What is medieval culture?

Medieval culture is understood as the set of social, political, economic and cultural manifestations that characterized the western historical period called the Middle Ages or Middle Ages.

Said period took place between the 5th and 15th centuries and is supposed to be the transition between the Ancient Age and the Renaissance and the Modern Age . The Middle Ages were traditionally considered a period of obscurantism and cultural retrogression, in contrast to the splendor of Greco-Roman antiquity that preceded it and the revival of Western culture that characterized the Renaissance.

However, much more has been learned about medieval culture over the centuries and today it is known that, despite being characterized by the religious vigilance of Christianity and huge margins of rural poverty and illiteracy, it was a time varied and diverse in terms of popular cultures and artistic manifestations.

The Middle Ages was a long period of almost a thousand years (5th to 15th centuries AD) that began with the fall of the Western Roman Empire under the attack of European barbarians and culminated with the discovery of America in 1492 or with the fall of Constantinople under the Ottoman troops in 1453 (according to the Julian calendar), according to some historians. 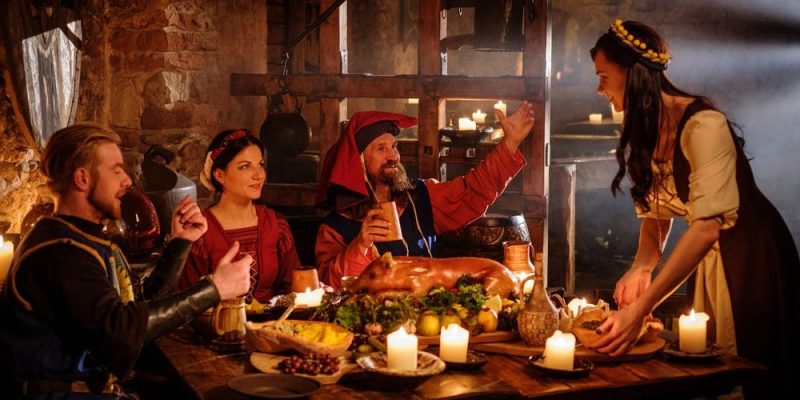 The Middle Ages were characterized as a feudal age , that is, of enormous inequalities between the landowners of the European nobility, whose lands had been granted by the king in exchange for their services in the war.

The impoverished peasants worked in them without receiving any payment or compensation in return, but a part of the food produced and the right to inhabit the lands of the noble and to be protected militarily in case of enemy invasions.

This means that society showed very low class mobility , between the wealthy aristocracy and the peasantry, although the clergy (the Church ), the third important social sector, also had a significant share of power. 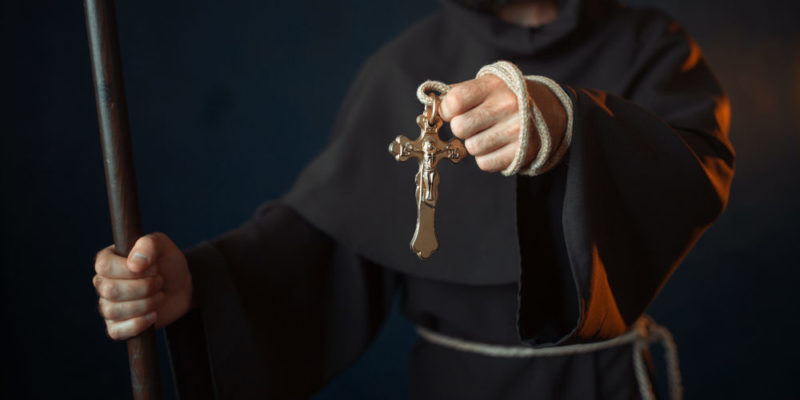 In the Middle Ages, the kings were appointed by the ecclesiastical authorities.

The Middle Ages were essentially theocentric, that is, organized around religion as law . This means that the Catholic Church had, since its birth within the Roman Empire, an increasingly preponderant role in politics and ended up assuming almost all political power, building a theocratic society.

The kings ruled, but they were appointed and crowned by the Pope and the high priests of the Church, who also had the Holy Inquisition to control the lives, thoughts and even property of other social classes . 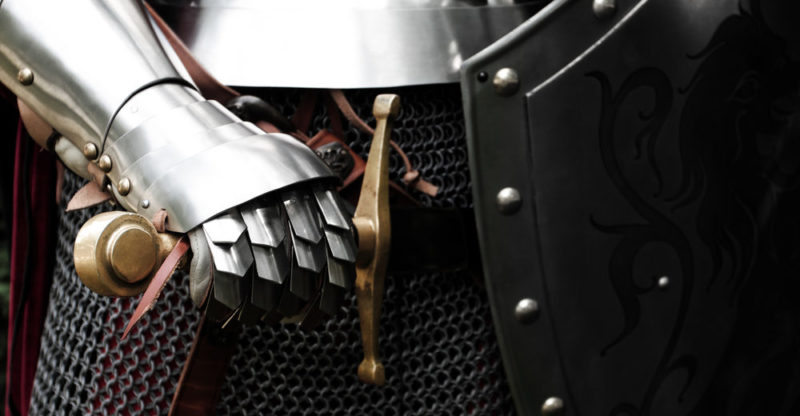 Christianity had its age of greatest glory and power in the Middle Ages , and became the great monotheistic religion of the West, along with Islam and Judaism .

In Christian Europe, religion was implanted through fire and blood , not only because of the social control of the ecclesiastical inquisitors, but also because of religious wars, such as the Crusades , in which Christian armies were commanded towards the conquest of pagan territories. by their noble and religious authorities.

In fact, during this stage there was a continuous confrontation between Christianity and Islam for control of the Mediterranean and the territories of the Middle East , in a political and cultural struggle whose most relevant events were the conquest of Spain by the Moors (and the subsequent reconquest during the Renaissance) and the Christian Crusades commanded to “liberate” holy territory.

Despite the economic and political advantages of the aristocracy, for the most part this class was illiterate, illiterate, and dependent on the clergy for instruction . And not to mention then the peasantry, who had no hope of accessing the literate culture.

The priests, guardians of the written word, could censor books, order burnings, and prepare lists (“Indices”) of prohibited texts because they contravened the divine mandates expressed in The Holy Bible . 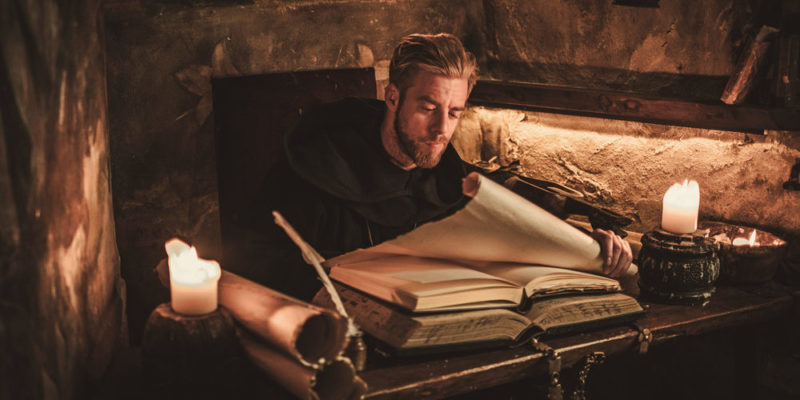 The bestiaries explained the existence of the different creatures in a religious way.

Medieval art existed, however, in the margins allowed by religion .

It consisted mostly of hagiographies (lives of saints), theological reflections or Christian philosophy , as well as mystical poetry or epic songs of chivalry, such as the Cid Campeador (who fought the Moors in Spain), always bearers of Christian symbology. Religious paintings and sculptures or those with biblical motifs predominated .

Many pagan tales and folk songs were banned and supplanted by “correct” versions according to Christianity , although in many cases this simply consisted of clothing the Celtic and Germanic tales with some Catholic meaning and leaving their structures intact.

Thus, much of the oral tradition of non-Christian European peoples survived to the present day.

Another important literary form were the bestiaries, where the different existing creatures were explained in more or less religious terms, using large doses of fantasy and imagination for it.

It may serve you: Medieval literature .

Given the fragmentation of Europe into its various fiefdoms, protected from one another by walls and fortresses, local cultures had little contact with each other and often interpreted their Christianity and their place in the world very differently.

Christian Europe was made up of a mixture of Iberians , Visigoths, Gauls, Anglo-Saxons, Franks, Bretons, Lombards, etc. 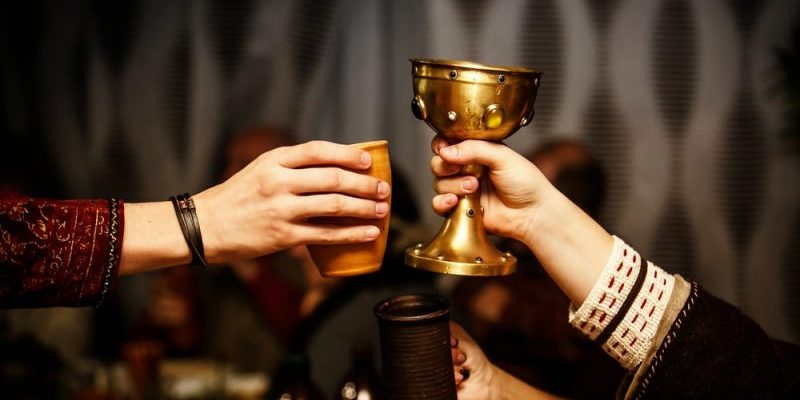 The popular classes celebrated festivities and dances giving free rein to the grotesque.

Given the margins of repression and control of the Church and the aristocracy, the popular classes celebrate more or less in secret festivities and dances where the body is liberated and the grotesque is given free rein as forms of resistance to the supposed culture and refinement. of the oppressor classes.

In fact, laughter, leisure and freedom were valued among the common people , while the refinement, study and solemnity of the wealthy classes were ridiculed.

On the other hand, wandering minstrels and bards predominated , going from town to town singing their ballads and poems, often inspired by popular traditions and an imaginary far removed from Christian rigor.

This greatly enriched the literature of the time and allowed cultural exchange between the feudal islands . 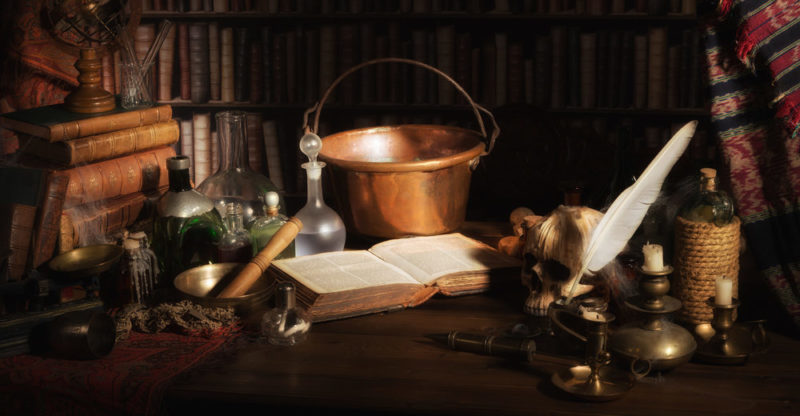 Alchemists and sorcerers were very popular in medieval culture.

Given that scientific progress was subjected during the Middle Ages to the scrutiny of the Church and the Inquisition , which considered any risky interpretation as heresy and was capable of sending scientists and innovators to the stake as witches, there were not many scientific advances in this period. .

However, the figure of the alchemist, the supposed sorcerer who managed to handle the elements and discover arcane secrets of nature, was very popular at the time, especially in the regions influenced by Islam.

The Islamic culture inherited its knowledge from the European once it could be digested without the filter of Christianity through.

Latin, the language of the Roman Empire , entered its stage of fragmentation and disappearance from popular contexts, and survived only as a cultured language in which mass was given and academic texts were written.

The vulgar undertook the transition to their own various languages , which would give rise to today’s European languages: English, French, Spanish, Galician, Catalan, Flemish, Italian (and its various dialects ), German, Irish, etc.