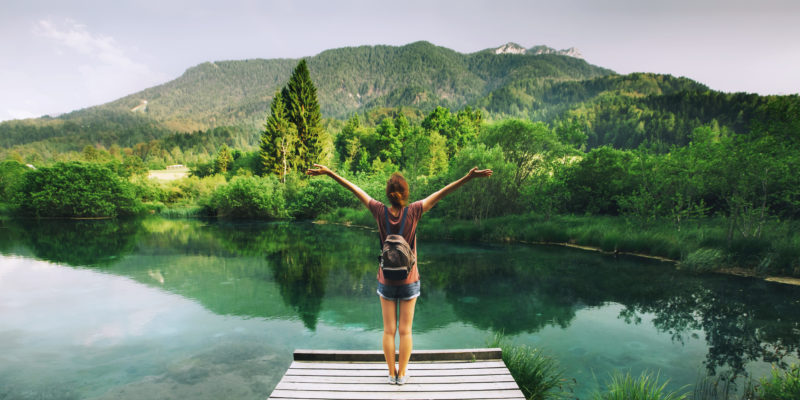 What is the air?

Natural disasters caused by the air

We explain what air is and what its main characteristics are. In addition, how is its composition, the properties it has and more.

What is the air?

Air is a more or less homogeneous mass of gases held in the Earth’s atmosphere by the pull of the planet ‘s gravity .

Air is a transparent substance (in most cases) , of a varied and permeable constitution, not very dense, which opposes relatively little resistance to the bodies that move through it.

Air is vital for life on the planet as we know it, as it contains and moves from one place to another the gases necessary for respiration and photosynthesis, as well as being the channel for the transfer of water vapor , necessary in fulfillment of the vital hydrological cycle.

The air is made up of various chemical substances in a gaseous state and in slightly variable proportions according to the place on the planet. Broadly speaking, the proportions are:

These “other substances” are usually: ozone, carbon dioxide , hydrogen and other noble gases such as neon, krypton, xenon or argon. It also contains, to a lesser extent, methane gas, carbon monoxide and ammonia , substances whose growth in the atmosphere has been linked to the margins of air pollution resulting from human activities. 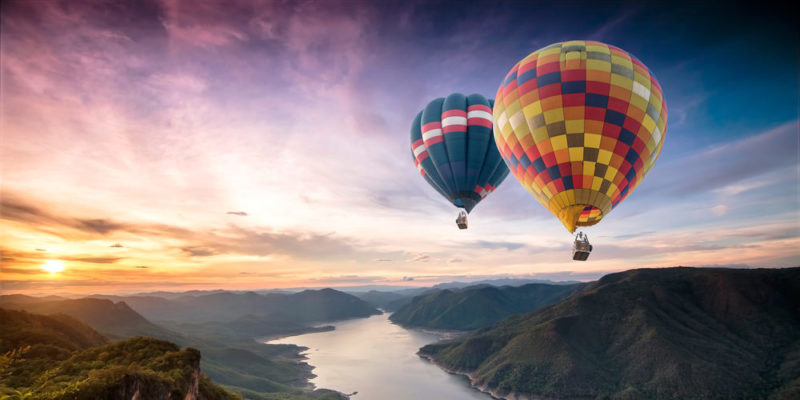 In the presence of heat, air expands and rises. 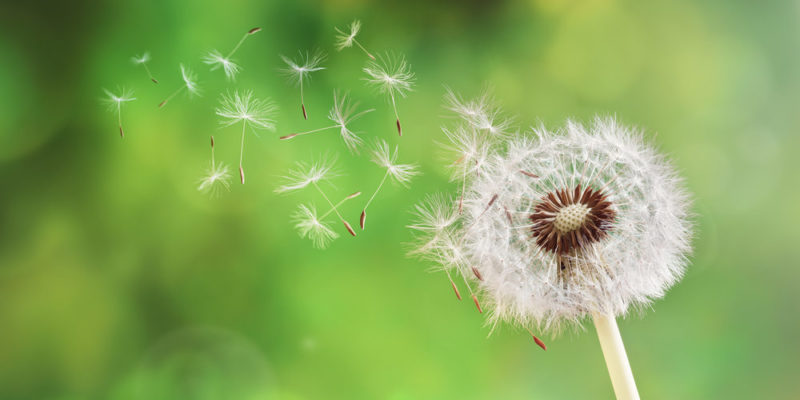 The winds are possible thanks to the heating of the air masses.

Broadly speaking, the winds are due to the phenomena of expansion and movement of the air in the atmosphere : an air mass moves horizontally from a point A to a point B, thus compensating for the differences in pressure that exist between the two.

Such a variation is possible thanks to the heating of the air masses , product of solar radiation or other processes, and that the hot air rises and pushes upwards, leaving its place to be occupied by a new equivalent mass of colder air, which will heat up in turn and so on.

The different phenomena that give rise to the different climates that exist, take place in the atmosphere and directly concern the composition of the air : its tendency to cool down, its mobility, its pressure and the levels of humidity in the air. 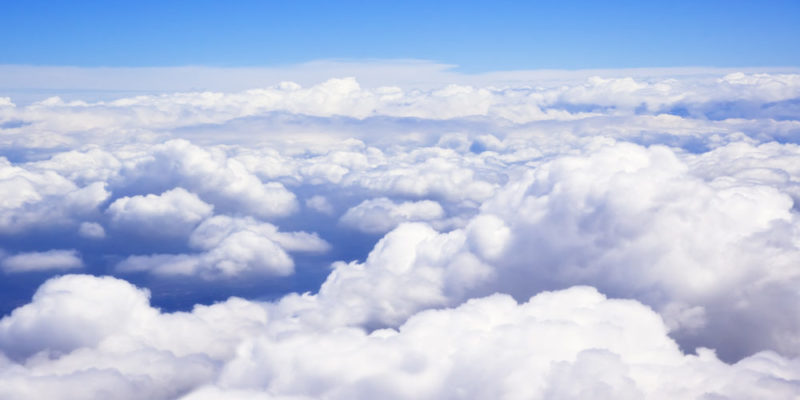 The mass of air that surrounds the Earth, in its different levels or layers, is called the atmosphere . In it , the different gases that make up the air are held together , but in different proportions according to the height reached, since the largest volume of gases is concentrated, by gravitational action, in the initial 11 km of the atmosphere, that is, the that are closest to the ground.

The atmosphere extends up to 10,000 km away , but as the air moves away from the ground , it loses density, temperature and the concentration of vital gases such as oxygen. Hence, when climbing particularly steep peaks, travelers require special support or at least training in hypoxia, since breathing will be much more difficult for them at the top. 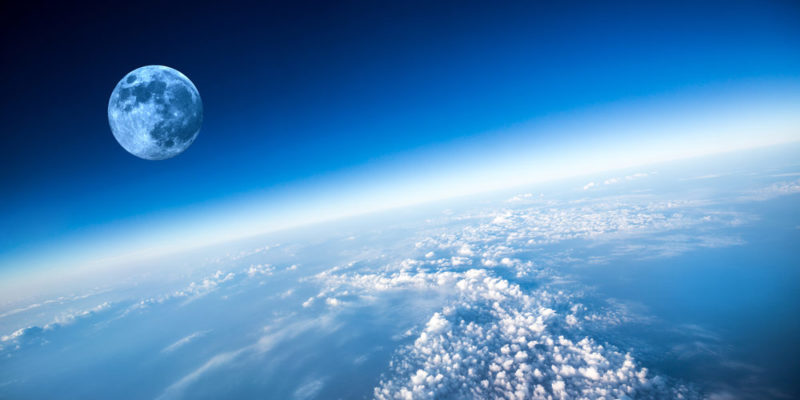 The Ozone Capable has the property of filtering the sun’s ultraviolet radiation.

At the outer levels of the atmosphere, the air reaches particular properties and allows the abundant existence of ozone , a variant of oxygen (three oxygen atoms together make up an ozone molecule ) that retains its stability only under special conditions of pressure and temperature.

In this way, a layer of said gas is formed that is extremely beneficial for life on the planet , and is called the ozone layer. This layer has the property of filtering the sun ‘s ultraviolet radiation and preventing its impact on the earth from being harmful.

One of the greatest consequences of terrestrial air pollution has been, precisely, the reduction of this important layer.

Natural disasters caused by the air 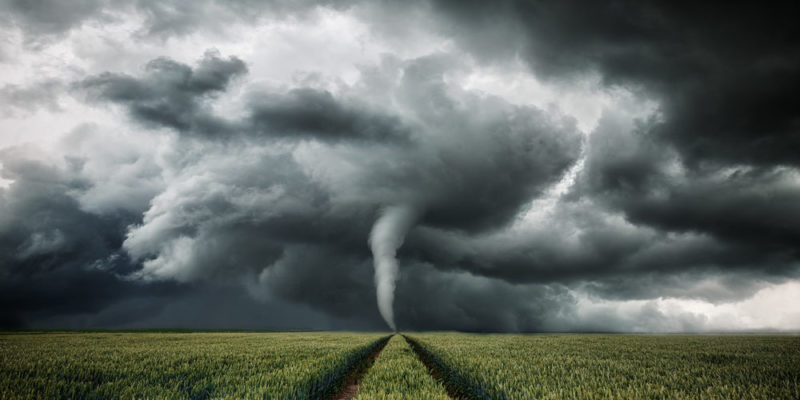 Tornadoes are the product of confluence of air masses with opposite temperatures.

Hurricanes and tornadoes are some of the natural disasters that can be generated from specific conditions of the air in the atmosphere , and that contain a high destructive potential that often translates into a high cost in human lives. Each one has different characteristics and origins. 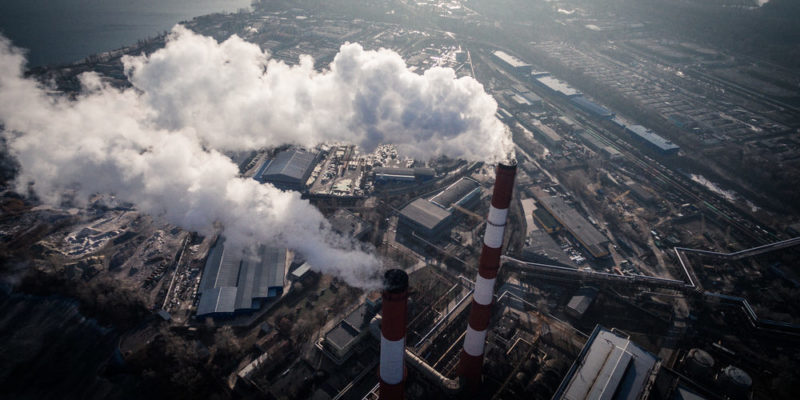 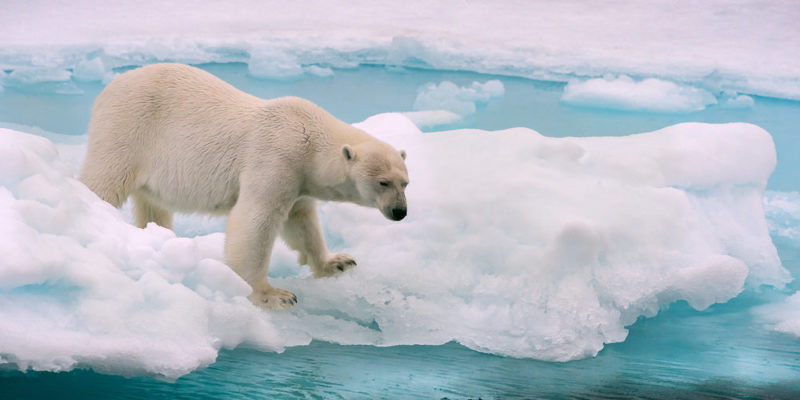 Solar radiation is causing the melting of the poles.

There are cities like Mexico City or Santiago de Chile, where the levels of air pollution generate ecological alerts among their population , forced to take measures against the poor quality of the air they breathe, loaded with toxic particles released by automobile traffic and industry. energy, accumulated over the city on days with little wind.

Similarly, phenomena such as acid rain or the much-debated greenhouse effect have been recorded in other regions of the world , the explanation of which is that polluting gas emissions would be rapidly destroying the ozone layer , allowing solar radiation to enter the planet directly.

This would cause damage to living beings (skin cancer, burns, etc.) and would increase the global temperature, causing the melting of the poles and the rise in ocean levels, which in turn would destroy entire cities.

Since time immemorial, air has been considered an essential part of life. According to the Greek philosopher Anaximenes, air was the essential substratum of all things , while for later philosophers it was one of the four basic elements of matter , along with fire , water , and earth. This theory, which survived until after the Middle Ages , was known as the Four Humors Theory.

The anemoi , Greek gods of the winds, had a name depending on where they were blowing , and therefore a different history; but they alternated between beneficent and delicate deities, with an ethereal and frank spirit, and others with an impetuous and terrible mood, bringers of storms and destroyers of crops.

Similarly, sites of intense windy frequency, such as Petrarch’s Mont Ventoux , in Provence, Italy , have always enjoyed particular consideration in the culture .

Currently, global warming as a result of the greenhouse effect occupies an enormous space in our thinking , whether it is studying ways to combat or slow it down, or even debating its veracity through scientific perspectives.