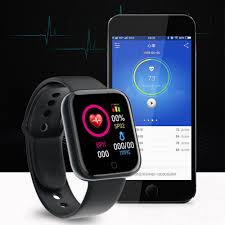 Apple has decided to stop the distribution of the Beddit sleep monitor almost five years after the company acquired the company.

In May 2017, the company based in Cupertino acquired the sleep tracking business in Finland. When you consider that Apple did not yet have its own proprietary software for monitoring sleep on its smartwatch at the time, it seemed like a good acquisition for Apple to do at the time.

Following the completion of the transaction, Apple maintained sales and incorporated Beddit support into its standard support offerings. Towards the end of 2018, it even improved the product to version 3.5. However, it appears that work will not continue beyond this point. Since then, the Sleep Monitor has been stripped of its ability to sync to the cloud, and support for Android and several other functions have also been removed.

If you go to apple’s website right now, you’ll see that the Beddit Sleep Monitor app is missing from the list of available downloads. The Cupertino company has mysteriously stopped manufacturing the product.

If you head on over to the Beddit website, you’ll see that it is, in fact, still operational. However, if you click on the “Buy” link that is located in the top right-hand corner, you will be presented with the following message: “The product you are looking for is no longer available on apple.com.” The conclusion that can be drawn from this is that Apple has discontinued the product.

It is currently unknown what Apple plans to do with the hardware associated with sleep. Now that it has a native app for tracking sleep on the Apple Watch, it is possible that it might just use it to conduct the additional study. There is speculation that other sleep functions will be added to the Apple Watch shortly. Another possibility is that it will launch its very own sleep tracking device sometime shortly.

Apple Beddit transforms your mattress into a connected device that monitors your sleep and provides feedback. It offers fully automated sleep analysis by using Bluetooth and the iBeacon technology developed by Apple. Ballistocardiography is used by the device now in its third iteration and measures how active a person is during the night.

The sleep tracker is as discreet as possible because it is only as thick as two sheets of paper. You only need to position the sensor so that it is hidden behind your sheet. Beddit, which is situated over your chest, evaluates the health of the individual who is now on top of it. In the morning, you may examine your total amount of sleep, as well as your sleeping habits, your resting heart rate, the frequency of your breathing, and the amount of time you spend snoring.

Since the Beddit app can still be downloaded from the App Store, it seems likely that previous users will be able to keep using it. Beddit may still be available for purchase through some other retailers. On the other hand, if you’re searching for a solution to monitor your sleep, it’s probably best to investigate your other possibilities first.