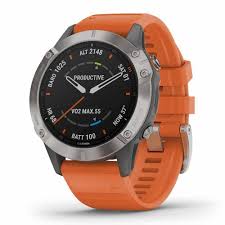 Comparing the Garmin Enduro to the Fenix 7: The Bottom Line

The ever-expanding line of Garmin wearables has welcomed a new member in the form of the Enduro. According to the description, this one is a slim and lightweight ultra-performance GPS watch. It is built for athletes who compete at the highest levels of endurance and is equipped with solar charging.

The one that most closely compares is the newest iteration of Garmin’s Fenix series, the 7x Solar. On the other hand, there are a number of significant distinctions between the two. A significant advantage is that Enduro can keep going for a significantly longer period of time. However, in order to accomplish this goal, Garmin was forced to forego the functionality of several of its features.

Enduro Versus Fenix 7? If you are having trouble deciding which product would be most beneficial to meet your requirements, we are here to assist you. In this post, we will compare and contrast the two in a number of crucial ways.

You can purchase the Fenix 7 in either the S version, which is designed for wearers with smaller wrists, the normal version, or the X version, which is designed for wearers with larger wrists. In addition to that, there is the choice between a Sapphire model and a Solar model as one of the available options. The Fenix 7 can be purchased for a total cost of up to $700, with the most costly model costing $1,000.

The rules for Enduro are standard across the board. The device is precisely the same size as the Fenix 7X, measuring 51 millimeters on each side and 14.9 millimeters in thickness. Its bezel is available in either stainless steel, which is less expensive or titanium, which has a Diamond-Like Carbon (DLC) coating, which is more expensive. The bezel of the Fenix can be made of titanium (for the Sapphire edition), or it can be made of stainless steel. The back cover of each of these watches is made of metal, while the case material is a fiber-reinforced polymer.

Garmin Enduro | Garmin is the source of this image.

In terms of appearance, the majority of items are identical. Both the Fenix 7x and the Enduro include a memory-in-pixel (MIP) display that is transflective, sunlight-visible, and 1.4 inches in size. The resolution of the display is 280 by 280 pixels. The most significant distinction between these two watches is that the Fenix includes touchscreen capabilities. Still, the Enduro requires you to traverse the menus only through the use of the physical buttons.

There are also some very subtle changes in weight between the two. Enduro is a tad bit lighter than other disciplines. The titanium model weighs only 58 grams, while the steel model weighs 72 grams when it is equipped with a strap. The Fenix 7x Solar clocks in at 79 grams, making it one of the lighter models (73 grams for the Sapphire Solar).

In addition, the strap is something that should be mentioned. For the Enduro category, Garmin has produced a specialized one that incorporates an elastic nylon hook and loop. Silicone or titanium can be used for the band material on the Fenix 7X. If you like the lightweight nylon one, you may always buy one from Amazon and attach it to your Fenix. This is a viable option for anyone who prefers this style.

Additionally, both pieces have a water resistance rating of 10 ATM. It makes no difference at all.

A Pro and Pro solar model is available for the older Fenix 6 devices. The Fenix 7 does not; the pro features are integrated into the product as standard. These include songs, GPS navigation, and WiFi access.

Enduro is comparable to the non-Pro version of the Fenix 6, but it has solar charging in addition to the other features. The combination of these factors results in outstandingly long battery life.

On the Enduro, you may anticipate getting up to 50 days of battery life while using the smartwatch mode and an amazing 65 days when using solar power. When equipped with GPS, the timepiece can run for up to 70 hours; when powered by solar energy, it can run for up to 80 hours. There are also a variety of choices for conserving battery life, which can extend the time between solar charges to a maximum of 130 days or one year.

When it comes to this aspect as well, the Fenix 7x Pro Solar does not disappoint. In smartwatch mode, however, you only get 28 days (or 37 days with the sun), which is far less than what you would get with Enduro. Even when the GPS is activated, the watch has a battery life of at least 89 hours. When you consider the specifications, that is quite an astounding feat.

All the different Fenix range models, including Enduro, use the same sensors. One minor distinction is that the Fenix 7 is equipped with the most recent Garmin Elevate v4 heart rate sensor. Enduro makes use of the more ancient V3 sensor.

In addition, both of these watches provide you with the whole set of features. A barometric altimeter, an accelerometer, a gyroscope, a compass, a thermometer, Pulse Ox, and global positioning satellite systems (GPS/GLONASS/Galileo) are all included in this. It also monitors your heart rate. In addition, there is NFC, which enables mobile payments.

The Fenix 7X Solar and the Fenix 7X Enduro have different hardware pieces, outlined in the table below.

There is not much of a difference between the Fenix 7 and the Enduro in terms of the fundamental activity and sports monitoring capabilities. The first, however, does not have any built-in storage for music, nor does it have any maps or WiFi, nor does it come with any preloaded golf courses.

Those who participate in sports and other forms of outdoor activities will notice this difference the most. Because of this, Enduro does not have access to features like preloaded topographical maps, preloaded road and trail maps, preloaded ski resort maps, and downloadable cartography support.

Which leaves everything a little bit of a mystery. Enduro is meant for ultra-runners. However, many of them choose to run on trails and will even consult maps along the way!

When compared to the Garmin Fenix 7x, the Enduro does not provide any additional features or functionality in its own right. However, in addition to the aforementioned components, it is missing a number of other parts and components.

This features a Health Snapshot, the newly added real-time Stamina statistic, HIIT workouts, a few profiles for different types of outdoor leisure, and the Up Ahead feature. The Fenix 6 does not currently have these same functions, but the company plans to add some of them in the near future. Having said that, it is quite doubtful that either the Enduro or the Fenix 6 will receive the Stamina metric or the Up Ahead feature. The first of them assists you in setting a pace for yourself so that you may complete a run or cycle with the same level of strength that you began with. The second is a rundown of the most important upcoming landmarks along the path.

The one other feature of the Fenix 7x that ought to be called out as a distinction between the Enduro and this watch is the flashlight function that is available on the latter. Yes, the Fenix is equipped with an LED flashlight that can be activated whenever desired by performing a double touch on the device.

Comparing the Garmin Enduro to the Fenix 7: The Bottom Line

If you are looking for a watch that is suitable for use in the great outdoors, you cannot go wrong with a Garmin. The Fenix 7 series is the most advanced in its product family. It includes pretty much all that the company has to offer as part of its standard offering.

The Fenix 7x Enduro is essentially the Fenix 7x Solar with a few minor modifications. However, it does not have music, maps, or WiFi, which are significant absences. In addition to this, there is a deficiency in a number of performance measures and activity profiles. This is a watch that has been designed for ultramarathoners who compete over multiple days in mind. They are going to adore the long battery life as well as the remarkably lightweight feel.

The rest of the people participating in many sports should probably purchase one of the Fenix 7 watches. Garmin’s website offers them in a variety of configurations, with prices beginning at about $700 for the most basic model. This allows you to pick the best tailored to your requirements. Beginning at $800 is Enduro. These links will take you to Amazon, where you can look up pricing at the moment (Fenix 7, Epix 2, Enduro).