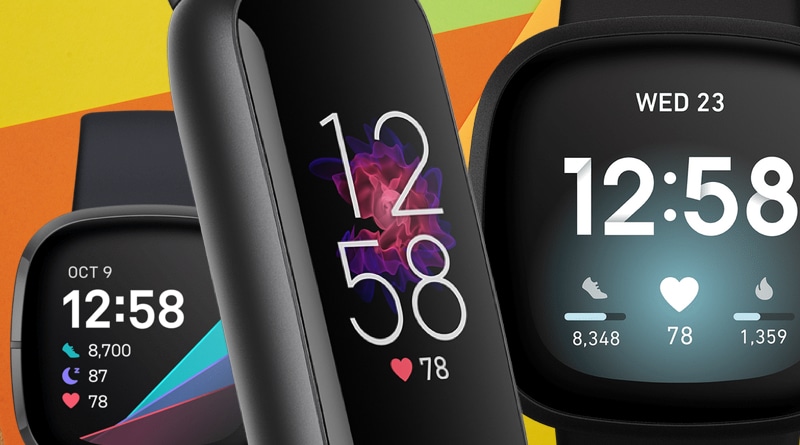 Fitbit Luxe versus Sense vs. Versa 3: Hardware and design

Fitbit Luxe versus Sense vs. Versa 3: The judgment

You don’t need to be concerned about Fitbit’s ability to produce new products after Google acquired the company; you can put such concerns to rest right now. The company is operating as usual, and they have just introduced their most recent fitness band, which is dubbed Luxe.

It would appear that the working relationship with the search giant has not evolved significantly, at least not yet. We have not yet seen anything released under the Google brand name. This may take some time. On the other hand, there is a lot of chatter. In the latter half of this year, according to certain rumors, Google may, at last, unveil the highly anticipated Pixel Watch.

Meanwhile, you can choose from an extensive selection of fitness bands and smartwatches branded with the Fitbit name. In addition to the ever-popular Charge 4 (and the newly released Charge 5), the most impressive of the most recent arrivals are the Luxe, Sense, and Versa 3 models. The three will be compared in the following table.

Fitbit Luxe versus Sense vs. Versa 3: Hardware and design

When contrasting these three pieces of technology, it is essential to keep in mind that while the Sense and Versa 3 come in the shape of smartwatches, Luxe is a fitness band. Because of this, their designs are very dissimilar.

When it comes to their products’ physical appearance, Fitbit does not actually do a lot of experimenting. The designs of all of these gadgets are those that have been used successfully in the past. However, each new generation achieves greater success than the one before it in a variety of ways.

The appearance of Sense and Versa 3 is almost exactly the same. The difference between the two can be seen in the specifics. The Sense features a few extra metal components integrated into its design, giving it the appearance of being of slightly higher quality. But the truth is, there isn’t that much to it at all.

The appearance of Luxe, on the other hand, is quite dissimilar. The size is the primary characteristic that sets it apart. The item’s width is only 17.5 millimeters, and its depth is 10.1 millimeters. The width of the other two measures 40.48 millimeters, and their depth measures 12.35 millimeters. Because of this, Luxe is an excellent choice for a person who prefers to wear a discreet device on their wrist.

Over the course of its history, Fitbit has steadily worked to enhance the quality of its displays. The days of their smartphones having teeny-tiny black-and-white screens that were barely readable have long since passed. The most recent iteration of wearable technology features a gorgeous touch screen AMOLED display. This has a brightness of up to 1,000 nits and is guarded against damage caused by accidental drops and scratches by Corning Glass 3.

The difference here is one of magnitude once more. Both Versa 3 and the Sense have a display with a resolution of 336 by 336 pixels and measure 40.48 millimeters by 40.48 millimeters. The one that can be found on Luxe possesses the same level of quality. Despite this, its dimensions are more compact: 33.5 by 17.5 millimeters, which translates to 124 by 206 pixels resolution. Because of their larger displays, the first two are more suited for reading your activity stats while you are moving around.

This is especially important to keep in mind if you are currently in the midst of a run. On a screen of Luxe’s size, it goes without saying that you can only display a limited number of metrics at the same time.

The touchscreen is something that is shared by all three of these devices. This is what you’ll use to browse through the different options. Both Versa 3 and the Sense have just one physical button for haptic feedback. Additionally, you can use this to wake up the display and navigate your way around the environment.

When all of this is considered, it becomes quite evident that Versa 3 and Sense are intended for the kind of person who desires to wear something on their wrist that can be read — a smartwatch. Those who are looking for something less obvious but that doesn’t sacrifice quality in its construction should consider Luxe.

The engine compartment is another key area of differentiation. Sense has the highest overall specification out of the three. It is equipped with all of the technology that is available on the Versa 3, including an optical heart rate tracker, 3-axis accelerometer, gyroscope, altimeter, SpO2, vibration motor, Ambient light sensor, temperature sensor, built-in GPS, and NFC, in addition to some additional features. These come in the form of a multipurpose electrical sensor that can be used to take ECG readings and an electrodermal activity (EDA) sensor that can assist with the accuracy of stress readings.

The Luxe does not have an integrated GPS or NFC chip, so it cannot be used for contactless payments. It also lacks the things that Sense adds to Versa 3, which is a disadvantage. However, it contains everything else necessary to make it a highly capable fitness band. In fact, it is arguably one of the gadgets that have the highest specifications available in its category.

The Fitbit Trio features outstanding water resistance, measuring in at 5 ATMs, as is to be expected from a Fitbit product. The same is true for how long the battery will last. Any of these can last for approximately five or six days on a single charge. It is not a negative thing. When GPS is activated, this, of course, falls by a considerable amount. Or if you choose the option for the display to remain lit at all times.

The specifications are outlined in the following table, which may be found below.

There is a reason why we have come to identify the word Fitbit with keeping track of one’s health and fitness. The company, which was one of the first to enter this sector, has this aspect of the business all figured out.

You can have full confidence that any one of these three tools will meet your needs in that regard. And all three are compatible with a single app that is both user-friendly and feature-rich.

Additionally, the devices will monitor more advanced metrics, including blood oxygen, heart rate variability, respiration rate, and skin temperature change. Only the most recent seven days’ worth of data is displayed for some of them. A Premium Subscription is required if you want access to additional details and trends over a longer period of time.

The Luxe does not have a built-in GPS system, which is its one shortcoming. You will have to rely on your phone for accurate tracking of your outdoor activities, such as running or cycling. This will make a big difference for some people, while for others, it won’t change much. If you are serious about exercising outside, we recommend getting a device with a GPS built into it. The key justification for this is the time savings that may be achieved by leaving your smartphone at home.

Those serious about jogging or cycling should also consider purchasing a device with a larger display, as this is another one of our recommendations. The fact that Luxe has such a small screen makes it more difficult to view the statistics while the app is being used while moving about.

The lack of an altimeter is yet another feature that is missing from Luxe. This is a component that can be found on devices that track floor counts. It is useful to have access to, but having it is by no means required. Anyone who routinely checks their floor count is aware that the measure can see significant fluctuations on certain days due to the fact that a variety of factors, including the weather, can affect the result.

Moving on to Sense, which features some additional goodies that are absent from the other two, we now have:

The capacity to take readings from an electrocardiogram is the most critical. Sense is the only product offered by Fitbit that can monitor this metric, so if it’s something that you’re interested in keeping track of, you’ll need to get Sense.

The thorough stress readings are the only health and fitness bonus you get with the Sense subscription service. These utilize the data from the electrodermal activity (EDA) sensor, which reads the amount of wetness present in the skin, to formulate a single number that can vary anywhere from 0 to 100. When you have a better score, you feel less pressure and stress. In addition, this is broken down into its component parts for your convenience (Responsiveness, Exertion Balance, Sleep).

In spite of this, both the Luxe and the Versa 3 come with their very own unique stress meter. However, it does not have the data from the EDA sensor. Therefore, it only uses information on the heart rate at rest, HRV, temperature, and activity levels.

Compared to Luxe, Versa 3 and Sense are considerably superior in terms of features unrelated to fitness. After all, they are smartwatches, so their capabilities extend beyond simply being able to view notifications from a smartphone.

Both the Versa 3 and the Sense feature a huge selection of apps and watch faces that can be downloaded into the device. On Luxe, you can only choose from a select few options. In addition, there is access to music streaming providers and capability with Amazon Alexa and Google Assistant. Last but not least, the smartwatches produced by Fitbit have the capacity to either accept or decline incoming phone calls and to facilitate contactless payments via an NFC chip.

Fitbit Luxe versus Sense vs. Versa 3: The judgment

The fitness industry is cutthroat, and Fitbit is not content to rest on its laurels from the past. The corporation is stepping up its game, which is undoubtedly assisted by the fact that it recently acquired Google and has access to additional resources.

A Fitbit is an excellent choice if you are looking for a device to track your health and fitness progress. We recommend that you purchase a watch from a different brand, such as Garmin, Polar, or Suunto, if you want a fully functional sports watch that provides many performance measures.

Fitbit’s Luxe, Sense, and Versa 3 trackers, in addition to the Charge 4 smartwatch, represent the company’s most cutting-edge products. Luxe is the perfect choice for individuals who want something gorgeous yet understated to wear on their wrist. It lacks an integrated GPS and an altimeter for counting floors, but otherwise, it has all of the features that the other two have.

ECG readings are also absent, and the only place you can find them is on the Fitbit Sense device, along with a stress score that is more complete. Those interested in a smartwatch experience might check out the Versa 3 and Sense models. They are equipped with a multitude of additional features, including access to a voice assistant, NFC for contactless payments, a variety of music streaming services, and a variety of watch faces and apps.

Which of these two should you choose then?

The answer to that question is going to be different for everyone. Luxe is the obvious pick for you if you’re looking for something low-key. Although it does not come with a GPS receiver built in, you do have the option of purchasing the Charge 4 if this feature is particularly important to you.

Those who are interested in purchasing a smartwatch will have to decide between the Sense and the Versa models. The price difference is approximately one hundred dollars; thus, it is important to consider this. The Luxe model costs only $150, making it a far more affordable option (check current prices on Amazon).