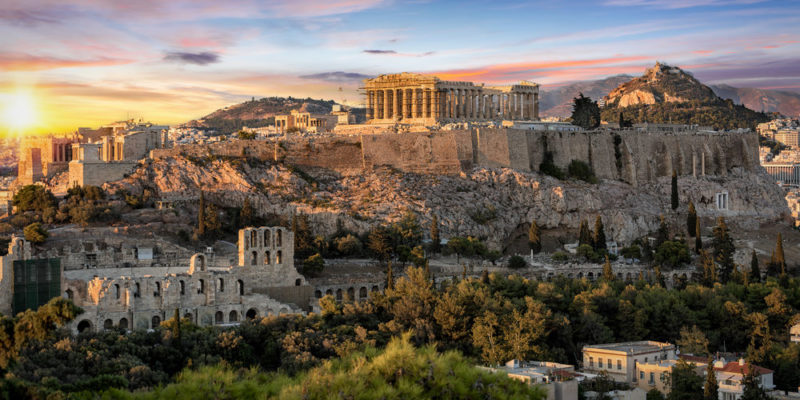 Geographical limits and territory of Greece

Climate and relief of Greece

Flora and fauna of Greece

The Olympic Games in Greece

We explain everything about Greece, the climate it presents and what its flora and fauna are like. What are its characteristics, culture, economy and more.

Greece or Hellenic Republic is a sovereign country located in southeastern Europe and belonging to the European Union . It is currently inhabited by more than 10 million people who mostly speak Greek, the official language of the country.

The capital of Greece is the city of Athens and, in addition to its mainland, this European country has an island territory made up of six thousand islands of various sizes, among which Crete, Rhodes and Santorini stand out.

Greece has one of the richest and longest histories of antiquity and is considered the first great civilization in the West . Its culture left its mark in areas such as philosophy , theater , politics and sports (since the Olympic Games were born there).

In addition, it is characterized by having a mainly mountainous territory, a Mediterranean climate and paradisiacal beaches, which make it a tourist point of great global appeal.

Geographical limits and territory of Greece 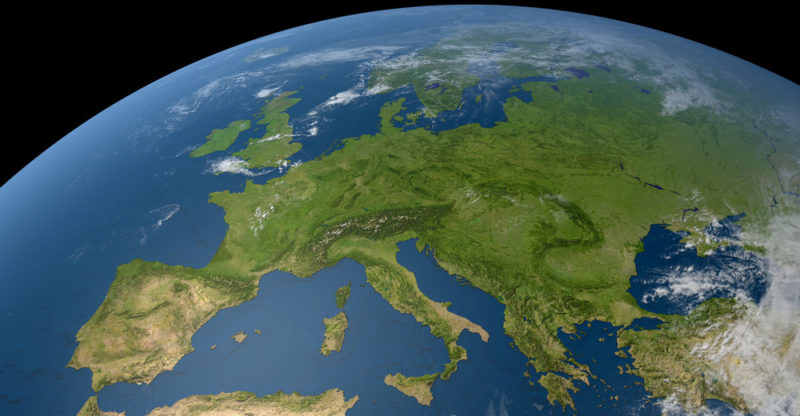 Greece is bordered to the south by the Mediterranean Sea.

Greece is a country with an area of 131,960 km² and bordered to the north by the countries of Albania, North Macedonia and Bulgaria and to the northwest by Turkey. To the east of Greece is the Aegean Sea, where most of the Greek islands are located to the west the sea Ionian to the south and the Mediterranean Sea .

Greece is divided into seven decentralized administrations (which are made up of peripheries):

Climate and relief of Greece

Greece is a country characterized by having a Mediterranean climate , mainly in the coastal area and on the islands. This Greek region features mild, temperate, and humid winters and hot, dry summers. Rainfall is usually concentrated in the winter months and summer is very sunny and with the presence of dry winds from the Aegean Sea, called meltemi .

Winter in Greece is characterized by average temperatures , between 10 and 15 ºC, although these temperatures can drop in the northern region and in the mountainous areas of the country. In the summer, temperatures range between 20 and 27 ºC .

Greece is a country covered between 70 and 80% by mountains and is the country in Europe with the highest number of mountain peaks. It is also characterized by being one of the European countries with the largest extension of coasts and islands , which is why it has a large number of gulfs and archipelagos, which throughout history was important for its cultural and economic development.

Flora and fauna of Greece 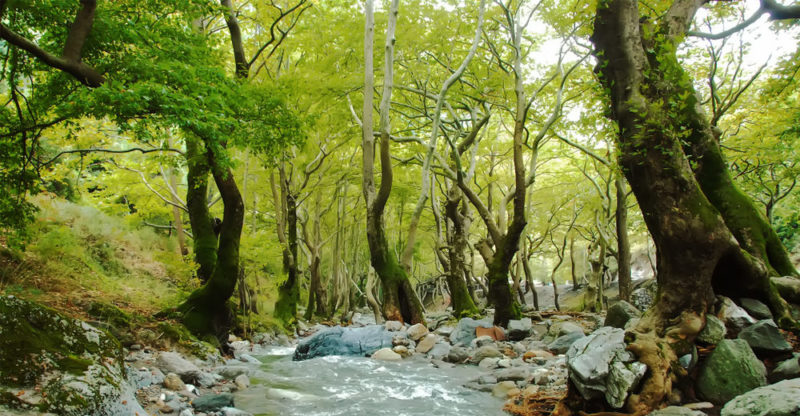 Greece has mountainous areas that are home to trees like beech and fir.

Greece has more than 5,500 plant species and 30% of its territory is covered by forests of alpine conifers and Mediterranean vegetation. Among the plant species, fruit trees stand out, such as orange trees, olive trees, dates, almond trees, fig trees, pomegranates and vines.

In high ground the presence of pines and chestnut trees stands out and in mountain areas you can find beech and fir trees.

In terms of fauna, Greece has mammals , such as the brown bear, the lynx, the roe deer, the jackal and the wild goat (extinct in the rest of Europe). In addition, more than 400 species of birds inhabit Greek territory , such as the Rüppell’s warbler, the magpie and the gray shearwater; reptiles , such as the common European viper, Erhard’s lizard, and the loggerhead turtle; and amphibians , such as the Cretan frog.

Its marine fauna is also abundant and has species such as the basking shark , the monk seal, the dolphin, the sperm whale and the whale . 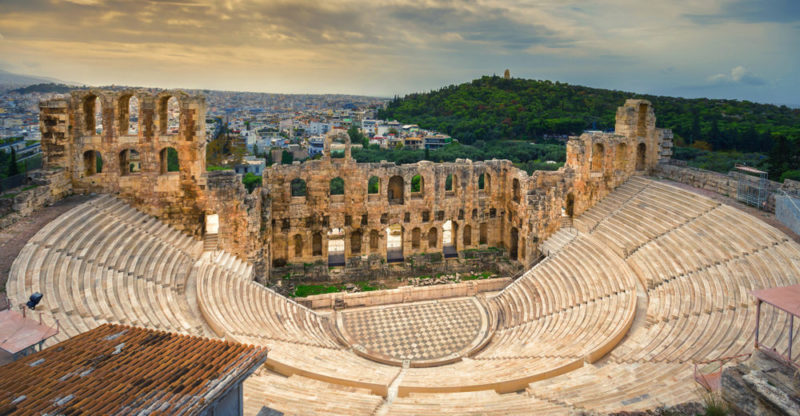 Greece is the birthplace of some of the most renowned thinkers of antiquity.

The Greek culture emerged in Ancient Greece, a period that ran from 776 BC. Until 146 a. C. (with the fall of Greece into the hands of the Romans), marked the present of the entire West . This town had some of the greatest exponents in branches of knowledge such as philosophy and literature.

Some of the main literary exponents of Ancient Greece were:

Greek philosophy had its heyday during the period that is known as ancient philosophy and had some of the most recognized references in this discipline.

It encompassed a first stage, called pre-Socratic, in which thinkers sought to understand the constitutive principle of the world. Most of the main ideas for the theories of these scholars were obtained from their disciples, as there are few primary sources.

The most renowned pre-Socratic philosophers were:

A next stage inaugurated by Socrates dealt with themes and reflections on ethics , society , politics and norms .

Its main representatives were:

Greek mythology is formed by the set of myths and legends that spread in Greek territory and in other territories during Ancient Greece.

Myths and legends are stories, which are usually transmitted orally , and are led by gods, heroes or beings with supernatural powers. Myths tell fictitious stories, in which phenomena or situations of nature are usually explained, and they do not have a specific author, but are stories that are part of the culture and idiosyncrasies of a certain people.

In Ancient Greece myths were part of the religious tradition , since in many cases they told stories about the Greek gods. Some of the most representative myths were: 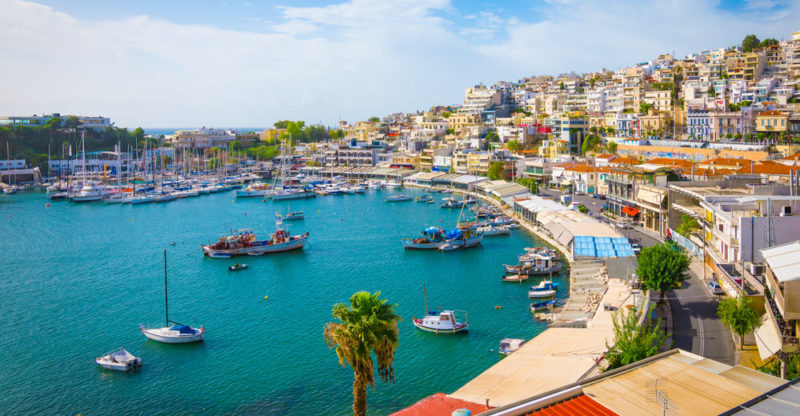 The beaches are one of the most famous tourist attractions in Greece.

Greece is one of the most popular European destinations for tourists and this activity generates great income for the country’s economy .

In addition, Greece has an important world tourist flow that comes to this country to learn about its historical and cultural wealth. Greek ruins, such as the Acropolis in Athens (in which the Parthenon and the Agora are located) and Delphi, an archaeological site located in the south of the country and declared a World Heritage Site, are some of the most visited sites in Greece.

Other sites of interest are the Sanctuary of Olympia, located in Elis and the site of the Olympic Games in ancient times, and the city of Knossos on the island of Crete.

The Olympic Games in Greece

Greece was the birthplace of the Olympic Games , a sporting event in which athletes from various disciplines participated.

These games were held for the first time in 776 BC. C in Olympia , a city located in the Elis area on the Peloponnese peninsula. Some of the disciplines that were practiced were wrestling, racing and throwing, and the winners received as a prize a crown of olive trees.

The games were banned by the Romans in 392 BC. C. and restored in 1896 in the Panathinaikó stadium in Athens with representatives from different countries.

Greece again hosted the games in 2004 and won a total of 116 medals in all editions. At present, two main sports are practiced in Greece : soccer and basketball . 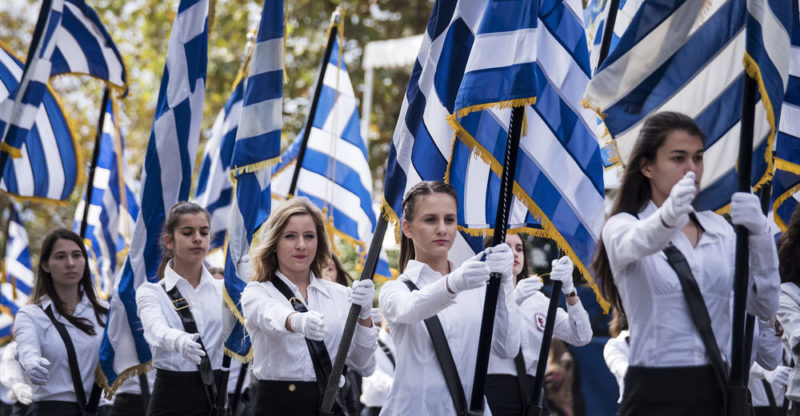 Much of Greece’s economy is based on agriculture and the main resources produced are tobacco, wheat, citrus and olive trees. However, it is a country with a climate and relief that does not allow it to generate fully efficient agriculture, so it is committed to the development of the industrial sector. Within this sector, the textile, shipping, chemical, tobacco and food industries stand out.

Tourism is another of the industries that contributes great income to the Greek economy and represents more than 20% of its GDP. Greece is one of the most visited countries in Europe and stands out for the constant development of its tourist infrastructure.

Since 1981 Greece is part of the European Union and its currency legal tender is, since 2001, the euro . According to the Human Development Index, carried out by the UN , Greece is ranked 32nd in an index that is constructed from life expectancy, education level and GDP per capita.

In 2010 Greece suffered a severe economic crisis that led to a considerable drop in its GDP, to generate extremes of poverty , to increase its external debt and which notably affected the population’s unemployment , which lowered its standard of living. This, in turn, led to a severe social crisis from which it continues to recover. 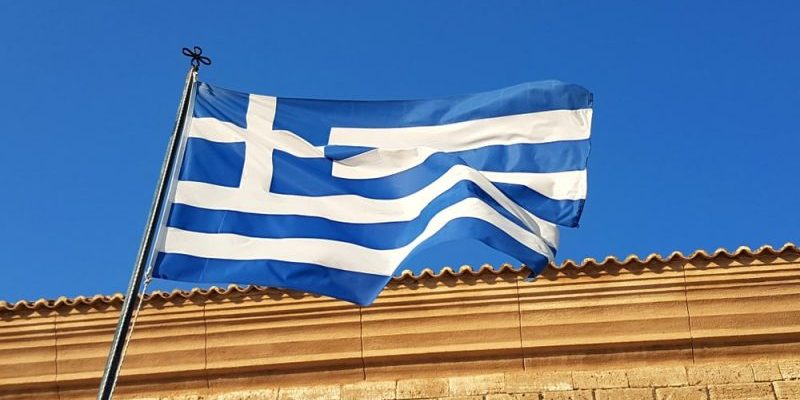 Greece is a parliamentary republic under the command of a president.

The executive power is represented by the president of the republic, who is elected by the parliament every five years and is head of state with a formal role.

Most of the political power is held by the Cabinet , which is made up of the prime minister, who is the head of government, and ministers and deputy ministers from the different portfolios.

The legislative power in Greece consists of a unicameral parliament made up of 300 members and the judiciary has three supreme courts: the Court of Cassation, the Council of State and the Court of Accounts.