How to create your own WhatsApp 'bomb message' 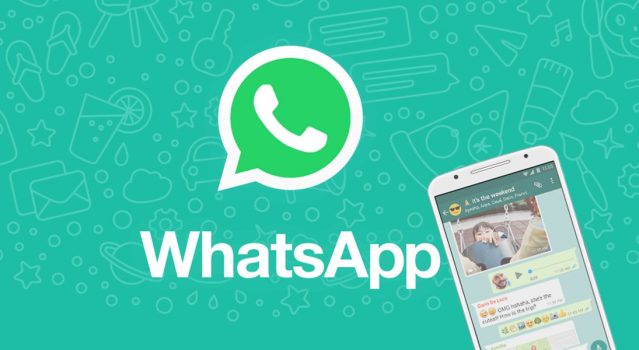 The black circle of WhatsApp, why does it really block the application?

How can you create your own 'Message Bomb' and block WhatsApp

Early in the morning, we echoed a striking news with WhatsApp as the protagonist: apparently, thousands of users of the most used messaging platform in the world have seen how the application was blocked in their noses because of what It has already become popular as the black circle of WhatsApp .

But what is behind this “joke”? Why does the application - and not only talk about WhatsApp - get blocked by clicking on this black circle? The truth is that the “problem” that has gone around the world today is not new , and in the past we have already seen how WhatsApp starred headlines for similar cases, related to the limitations of the app when interpreting large chains of text.

The black circle of WhatsApp, why does it really block the application?

As we have explained this morning, what many users thought would be a virus propagated by the messaging platform, is nothing more than a way to “drive crazy” to the application by forcing it to interpret a huge amount of data , concealed by the Black circle emoji that invites users to click on it.

And it is that in reality, what can block the application is not the circle itself, but the spaces that surround it. Somehow - which we will see later -, the creator of this joke has been able to introduce in this short message, thousands of characters that are not printable by the application, thus causing what in computing is known as a buffer overflow .

Just a few years ago, when the WhatsApp character limit was lower than today, this same bug could be reproduced by sending a large number of characters directly in a single message , something similar to what the creators of the Black Circle of WhatsApp have made this time:

It is worth mentioning that this problem is not exclusive to WhatsApp, but that its operation is reduced to the operating system itself. Apparently, Android - since iOS does not suffer from this same problem, as we have seen - is not able to correctly interpret the huge string of characters that is hidden behind the message , thus causing malfunctions or directly closing the application. To verify it, it would be enough to copy the message in question into an application of notes such as Google Keep, and see how, when you click on it, the app slows down and begins to suffer to keep it running.

How can you create your own ‘Message Bomb’ and block WhatsApp

Although the message that today has blocked the WhatsApp of thousands of people has become viral due to the fact that many people thought it was a virus, the truth is that any of us could create one of these ‘Bomb Messages’ easily and from the mobile - eye, that does not mean that we encourage you to do so.

To do this, we would have to use a tool that allows us to hide the thousands of characters that we are going to use to block the application , and “disguise them” from a message that seems as innocent as possible. In the images below these lines, you can see how the text of the message only shows the text “Example of a message bomb in WhatsApp” –which in ASCII corresponds to the part selected in the second image–, while its translation into ASCII language, incorporates thousands of “invisible” characters for the system, which despite not being shown in the original message, are still included in it.

Thus, if this message, which seems innocent to the naked eye, was copied and subsequently sent through WhatsApp, Telegram or any other platform , users who received it would suffer the same problems as with the famous black circle , given that Thousands of characters are hidden behind the text that cannot be interpreted, causing the phenomenon discussed above.

Although it is not at all advisable to create or send this type of text strings to not convert WhatsApp in an entire minefield - at least until a patch ends this problem -, with this article we wanted to check what is the explanation that hides behind one of the news of the day, and see how simple it would be to cause the app to crash on thousands of Android devices around the world . We hope that, sooner or later, a solution for this fault will be found, which after all is no more than the equivalent in Android to the case of the “Telugu symbol” that iOS users had to suffer a few months ago.