How to create chaos in a WhatsApp group 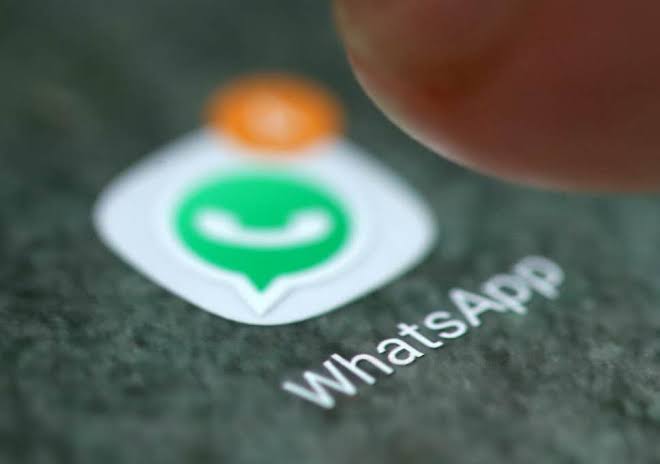 1. Put several shortened links where one is the good one and the others lead to an adult video

2. Put several friends in a group that don't know each other at all and say “Now tell everyone what you just told me, come on”

3. Send an audio note and after 6 seconds put an climax

4. Make an image like “WhatsApp black” but with this

5. Tell them to look for something in an image that does not exist

7. Pretend to be a machine

WhatsApp, that application that we all use and that so many joys - and dislikes - has given us. The good thing that so many people and contacts use the application is that to play jokes on it is very simple , and as we are on the weekend and it has been a good afternoon to generate some chaos, I will teach you some jokes, pranks or whatever you want to call it to have a laugh or mess it up with your friends on WhatsApp .

They are very simple and you can do them without any problem . You just need to plan everything right, be meticulous and, of course, add value. Not everyone would be willing to do them all. Without more, we begin.

1. Put several shortened links where one is the good one and the others lead to an adult video

This is wonderful, and if you do it right you can get a round play . You have the perfect opportunity right now, because it is the time for meals with friends, to take pictures and to pass these on to each other. Thus, upload the images to Google Photos, create an album, share the link and, before passing it, put it into a link shortener such as Google Shortener or Bitly . Do the same with three or four adult videos, and pass all links to your WhatsApp group.

Warn that there are videos and that they increase the volume, so that if they open the wrong link, they will sound strong and get nervous. If you have very innocent friends this works like a charm.

2. Put several friends in a group that don’t know each other at all and say “Now tell everyone what you just told me, come on”

If your friends get angry easily , this is the best joke in the world. In my group of friends we have done it sometime and the truth is that you have a laugh. What we were doing was putting people from different groups , putting what the title says and adding “and you know who and what I mean, so don’t shut up now.” We have a couple of friends who get angry easily, and there were times when we inflated laughing.

Just worry that if the joke goes too far , stop it in time and say that it is a joke, do not go to mount World War III for a while of laughter. The same applies to all others, by the way.

3. Send an audio note and after 6 seconds put an climax

Surely you have ever received an audio of these that begin to tell you something and suddenly put a climax at full speed . The bad thing about these audios is that they are not voice notes, but audio files, and if you have suffered these jokes several times you already see them coming forever. To make the joke go round you will have to make these audios for yourself.

Find a video of-the-you-already-know and look for a noisy scene or search for the sound on Google, whichever you prefer. Give the computer a voice and pause the video. Now start recording the audio note. Record enough for a person who has the volume turned down , and after five or six seconds, put the video on the computer and keep recording. Then send it and let the chaos arise on its own . If you do not receive a message within 30 seconds that says something like “Uncle, I was with my parents and they have heard it” is that you have not done well.

4. Make an image like “WhatsApp black” but with this

Do you also have that friend who keeps telling you “Have you seen this?” And, when you look, has put his hand in a circle with your thumb and forefinger? I don’t know in your country, but in the United States it has become fashionable again . Well hey, if people do it, we will do it too. How? Following the style of the well-known “Black WhatsApp” photo.

You just have to download “Moreno del WhatsApp II” on Google Play, choose a bait image and put the photo of your fingers tightly adjusted . When you have it, share it with whoever you want and let the magic arise. Be careful, because it depends on which mobile it will look better or worse. In my S7 edge it looks perfectly, just like in an iPhone 8 Plus. The app is shabby to say enough, but it works and fulfills its purpose.

5. Tell them to look for something in an image that does not exist

Have you ever played “Where’s Wally”? Well, what we are going to do is more or less the same, only there is no Wally. You just have to send him any image, preferably one in which there are many people or that is a large photo and say something like “Hahahahahaha how strong”. All people will start looking at the photo and asking you what it is . You just follow the game.

Tell them to look here or there, give false clues ... So you will get them to go crazy, and when they pass you send the same photo again and say “Let’s see if you see it clearer now” , and continue the party.

For this you will need a computer . Go to Facebook, Instagram - it’s the one I’m going to use, which is the easiest - or Twitter and look for a friend’s post. Now right click on the photo title or comment and click on Inspect . You will see that it will let you modify the website at the code level, so you can put the text you want and modify it absolutely everything . These changes will obviously only be visible to you.

When you have made all the modifications you want, press Enter and close that code box, you will see how the text of the image has changed for the one you have put . Now simply capture the screen and send it to your corresponding contact. This same strategy can be used to modify a tweet and put something else completely different, a post on Facebook ... Look, for example, how a tweet would stay.

7. Pretend to be a machine

Ideal for fathers, mothers and relatives of a certain age . If you do it right, you don’t make spelling mistakes, you talk about yourself and you are constant you can do something very funny. Just start with something like “Jose is not available at this time, write a message with the text you want him to receive and send it. This is an automated message . ” If you answer something like “Come on, stop fooling around” answer “Are you sure you want to send this message?”, And follow the game.

When you send the message, type something “If you want Jose to receive this message as soon as possible, press 1. If not, press 2”. Surely press 1, and when you do say “This has a cost of 1 euro plus VAT, do you want to continue?”. It depends on your imagination that this extends to infinity and beyond . The more complicated you do it, the more fun it will be.