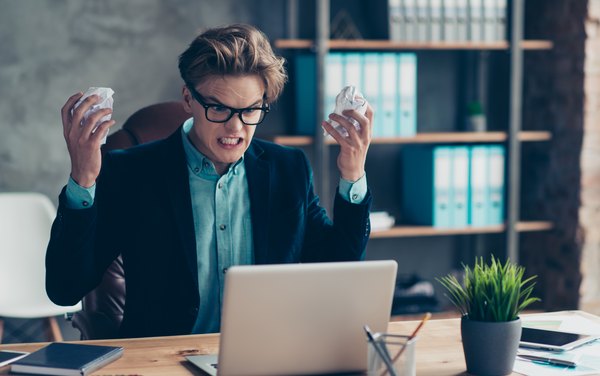 Disable your antivirus program during this time

Have you run programs on your PC and get an error message 0xc000007b ? Would you like to know what it means and why it appears? We all know these typical Windows errors and they are very annoying especially when you don’t know how to deal with them.

Sometimes this error could be related to hardware configuration and unfortunately nothing can be done until we change it. Occasionally there is also no other option and we must reinstall the system. In this article we will teach you how to fix this irritating error, we invite you to stick around.

The 0xc00007b error occurs in many situations. It may be an attempt to run an unsupported 32-bit program on a 64-bit system (mixing libraries of both types on the system), an outdated version of the DirectX library, or even our PC settings are too weak.

However, the occurrence of an error is not always the fault of the user. Sometimes another application will overwrite the system files. Occasionally, such an app can even be a Windows update causing the error.

Also, the fault can appear randomly, making it difficult to track. Here are some of the simplest methods to prevent the famous 0xc00007b from appearing.

There are several easy fixes for the 0xc00007b error. Although they will not be enough in all cases, they are worth using in the first place, precisely because they are easy and fast.

The described error 0xc00007b is usually related to games. Therefore, consider reinstalling DirectX. Download the DirectX installer and reinstall the package on your computer.

Some programs running on Windows 10 can cause error 0xc000007b . There are different reasons for this problem, respectively, and there will be various solutions. Let us see what could be the source of the problem and the methods to fix them.

Some programs may require administrator privileges to run. If you just installed the program and the first time you tried to start it, you received error 0xc000007b instead of opening it, do the following to fix:

There are a few other options that cause some programs to refuse to open. Let’s see:

In rare cases, the error only occurs for a program caused by an antivirus program. It scans the folder with the problematic game or application selectively checking the settings of the security software. If no dangerous files have been identified, it adds the entire folder to antivirus exclusions (also known as a “white list”).

We recommend that you scan your entire computer with an antivirus program, malware may be in other places and affect the startup of various programs that you are not familiar with.

Disable your antivirus program during this time

The opposite option, which is generally not recommended, is to temporarily disable the antivirus program when starting the problematic program.

Whenever a program won’t start (often a game), the easiest way is to reinstall it. If necessary, save the user profile folder to another location before uninstalling.

Exact instructions are not possible here, as each app is removed in its own way and user data, if any, is stored in different places (usually the AppData folder, but not always).

Also consider that if you have installed 2 similar programs that can theoretically conflict with each other, the cause of the error will be fully justified.

Some games show error 0xc000007b instead of starting, which can be fixed by forcing them to create a new DLL file. This is the runtime library component “msvcp110.dll” . Do the following:

For example , transfer it to the desktop.

Error 0xc000007b is usually subject to pirated software versions. They often work “flexed”, overwriting, deleting excess, and manipulating other files. The best solution is to buy original software. The same goes for Windows and its various pirated versions.

Component update comes with Windows 10 Directx up to version 12. DirectX is not only used in games, but also in some programs. Windows 10 may be missing some files from its predecessors (usually DirectX 9), and this is often a problem when launching an application.

Also, even version 12 (or version 11) files can be damaged during upgrade or other circumstances because they have lost their performance.

The way out here is simple : you have to either manually install the old version or update to a fresh DirectX.

The issue concerns NVIDIA graphics cards; most of the time they have the problem with the error and it can be caused by an outdated version of the driver or after an update.

Depending on the previous action (or inaction) of the user, the situation will be resolved by updating or, conversely, undoing. A radical but useful method would be to reinstall your graphics card software.

Error 0xc000007b in case of corruption of any system file (for example, one of those with the extension .SYS) sometimes leads to the fact that you cannot start Windows 10, instead you will see a blue window with a fatal error .

By using a bootable USB, you can use system file recovery tools. If Windows works normally, it will be even easier to work with these components.

Microsoft distributes a set of components and plugins necessary to run many applications and games. These packages are called Microsoft Visual C++ Redistributable and they have several versions required for their installation, since the programs themselves, depending on when they were created, may require some of them.

For many versions of Microsoft Visual C ++, updates (Service Pack or Update) have been released, so even with the base packages of these versions, we recommend you update them by installing patches.

Not having a new version of Java or this software basically also results in the 0xc000007b error. Java is essential for some games and applications developed with this technology.

You can check for its presence in the list of installed programs the same way you check for the presence of Microsoft Visual C++. Even so, it is often necessary to manually update to the latest version.

Remember that notifications about the need to update often appear automatically on the computer, and the Java icon, ready to update, hangs in the tray. If you don’t see this for a long time, your Java files may be damaged.

Another set of system files, which represents a platform for working with programs written with .NET technology. Even though in Windows 10 this package is default and updated with Microsoft .NET Framework 3.5, which includes 2.0 and 3.0, it is disabled in the system by default.

For this reason, old programs that do not install the necessary framework for their work, when installed, refuse to run, even with the error we are considering today. You can accidentally disable support for the latest version of a component. So let’s see how to enable this software.

The black squares, indicating that the component is partially activated, will be replaced with check marks. However, keep in mind that without knowing what it contains, it is better not to do it.

A software conflict, registry corruption, and other improper activity on your part can cause the 0xc000007b error. Depending on the available options configured in Windows, recovery may be different. The easiest way to use rollback to a previously created restore point, but if it’s not there, you need to reinstall it.

When the restore point creation tool is completely disabled or useless, Windows needs to be reset to factory settings. If this fails, there is only one radical option left : a clean install of the operating system.

To conclude, we invite you to check these available methods to resolve the error 0xc000007b. In rare cases, we recommend doing a clean and competent install of Win 10. If that doesn’t fix your problem, you can consider trying another Windows like (8 or 7) or look at the component hardware diagnostics.