What is a Microsoft Excel spreadsheet? 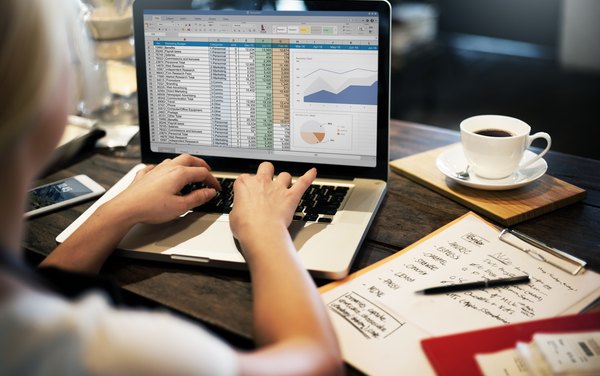 What is a Spreadsheet?

What does the Excel spreadsheet do?

What other spreadsheets besides Excel are there?

History of the Excel spreadsheet

From now on we would have:

We can see the spreadsheet as a table that allows us to host data and perform calculations with them. Let’s review what a Microsoft Excel spreadsheet is, its history, what similar software exists, and some fun facts.

Microsoft Excel is undoubtedly a powerful spreadsheet tool that allows you to load and save simple data or perform a certain range of graphics, to analysis of information, macros for repetitive tasks and programming applications in Visual Basic.

Excel is part of the Microsoft Office Suite , it was born in 1985 and already in the 90’s it had displaced IBM’s Lotus 123 as the great one in the spreadsheet industry .

The Microsoft Excel spreadsheet is perhaps the tool of choice for loading, computing, and displaying mostly quantitative data.

We can see the spreadsheet as a table, an arrangement of rows and columns that allows us to host data and perform calculations or procedures with them.

In this article, let’s review what a Microsoft Excel spreadsheet is , its history, what other similar software options exist, and some fun facts.

What is a Spreadsheet?

Excel is Microsoft’s spreadsheet . We can see the Microsoft Excel spreadsheet as an emulation of a paper worksheet.

In it, users put headings, enter words or numbers in their cells that can both store and process or compute through hundreds of functions or formulas.

A spreadsheet of Microsoft Excel is a document, it is a table, a matrix array of rows and columns whose intersection determines a “cell”“.

The Excel spreadsheet begins as a page of blank cells, in which we add data, usually numeric or alphabetical, that is, information in the form of words or numbers, which we can then manipulate with various calculations and formulas.

The complexity of a spreadsheet made in Excel varies from small text tables with few cells and arithmetic operations to keep accounts; to large documents that can handle thousands of complex calculations, modeling and statistical analysis of thousands of data entries in fractions of a second.

What does the Excel spreadsheet do?

Here is a good summary of what a Microsoft Excel spreadsheet is capable of:

What other spreadsheets besides Excel are there?

There are dozens of spreadsheet software and applications similar to Microsoft Excel on the market .

To Bite Size of the BBC . com the most popular spreadsheet program is by far Microsoft Office Excel .

The most popular free alternatives include Google Docs that runs from a web browser and Open Office Calc from Apache.

The development houses of office automation packages generally offer their spreadsheet programs as integrated packages with various applications such as word processors or presentation programs. 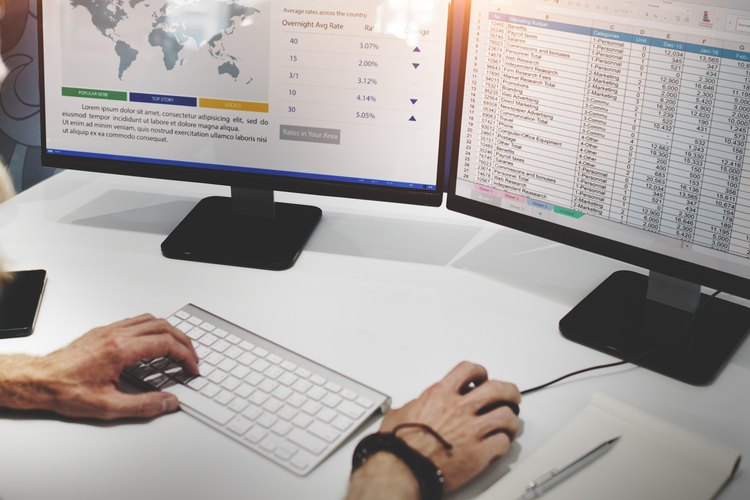 The information contained in a spreadsheet can be copied from to other software packages that are part of the suites, such as the word processing package.

History of the Excel spreadsheet

As anecdotal data, Microsoft launched its spreadsheet program on the market in 1982 although it did not call it Excel but “Multiplan”. It didn’t gain much popularity against market-dominating giants like Lotus.

The first version of Excel to be taken seriously and to popularize the spreadsheet was Excel for the Macintosh in 1985. Even Lotus was still very strong in the market.

However, in 1987 Microsoft won the race against Lotus Corporation to present its spreadsheet program compatible with Windows, surpassing the also popular Quatro Pro at the time .

Thus, Excel 2.0 for Windows was born in 1987, as Excel 1.0 did not exist for the MSDOS or Windows operating system at that time.

Excel 5.0 appeared in 1993 was the first to include Visual Basic for Applications (VBA). The arrival of VBA Consulting opened almost unlimited possibilities in the systematization of monotonous or repetitive calculations or transcripts to process numbers, automate processes and present data for companies.

From 1995 onwards, Excel began to be marketed not individually but as part of the Office Suite with Excel 95 included (v. 7.0).

From now on we would have:

Some nostalgic people and experts in spreadsheet software consider that today we could well be working with Lotus 1-2-3 or with “Multiplan” if the fight between Lotus Corporation and Microsoft had taken another direction; struggle in which the Mac operating system had a lot to do with it.

In fact, and as an irony, Microsoft launches Excel to Macintosh users as a strategic decision given the slowness in performance of IBM’s Lotus.

Before being called Excel it was called Multiplan and Microsoft had previously considered other names like ” Master Plan ” or ” Mr. Spreadsheet “. Decanted by Excel perhaps as a diminutive of “excellence” of the program, they were looking for character against the dominant Lotus 1-2-3.

Datarails.com tells us that Excel 3.0 was the first program to introduce the toolbar , a presentation that would become the standard for many desktop applications thereafter.

Lotus 123 incorrectly took 1900 as a leap year. Excel took the same serial date system that Lotus used and makes the same mistake. Although this could be corrected, it brought many incompatibility problems.

A spreadsheet is a program, a widely used technology for collecting, storing, computing, analyzing, summarizing, and presenting data.

The spreadsheets are represented by tables showing information in the form of matrices or arrays of rows and columns .

They can be displayed as a sheet, a rectangular matrix with rows and columns that determine cells in which the user enters data. These can be computed and analyzed from countless commands and functions available in menus at the top of programs.

The computations developed in the spreadsheets range from simple arithmetic operations (addition, subtraction, products and quotients) to advanced statistical analysis of thousands of data, regressions, correlations, graphs, financial models and repetitive operations that are automated through macros .

Most spreadsheet software allows users to access and perform. All these operations and analysis in real time, on websites, and collaborate across teams and workgroups.

Spreadsheet packages are available for different operating systems such as Linux, Windows, and Mac.

For Encyclopedia.com the most popular spreadsheet software packages have been Lotus 1-2-3, Corel Quattro Pro, and Microsoft Excel. These have historically been offered as part of the IBM, Corel and Microsoft suites respectively; although there are many other spreadsheet applications still around.