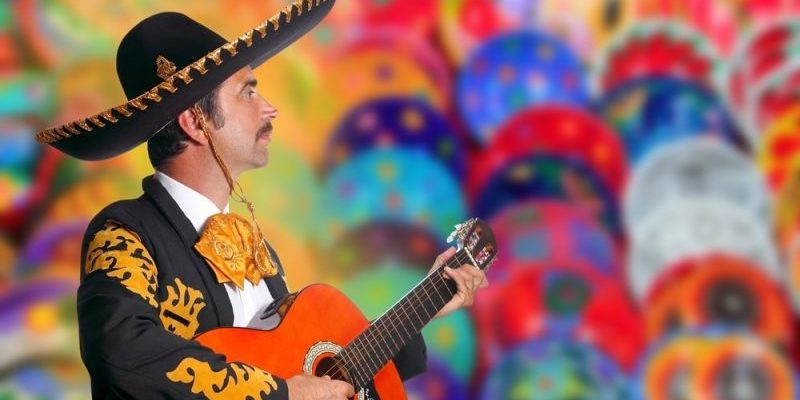 Geographic limits and location of Mexico

Surface and geography of Mexico

Capital and political division of Mexico

Flag and national symbols of Mexico

We explain everything about Mexico, what its geography, climate and population are like. Also, what are the characteristics and history of this country.

Mexico, officially known as the United Mexican States, is a sovereign nation of North America , of Latin American culture , whose territory was the cradle of one of the oldest civilizations in the world: Mesoamerica .

The name of the country comes from the Nahuatl language, M?xihco , a word with which the ancient Mexica or Aztecs baptized their capital (Mexico-Tenochtitlán) and whose translation is a matter of debate. Some theories suggest that it would mean “place of the Mexihtli”, one of the names of the Aztec tutelary god Huitzilopochtli.

Mexico is home to numerous archaeological sites from pre-Columbian times , as well as indigenous monuments (pyramids) and much evidence of its colonial history. This makes it the most visited tourist destination in Latin America and the ninth in the world.

Like all Latin American countries, Mexico exhibits an important cultural and racial mix , in which indigenous people, white Europeans and black Africans took part. This explains the enormous cultural wealth of the region.

Geographic limits and location of Mexico

Mexico is located in North America , bordering the United States (to the north) and the nations of Guatemala and Belize (to the south). It also has coasts on the Atlantic Ocean , the Caribbean Sea and the Gulf of Mexico (to the east) and the Pacific Ocean (to the west). It is the third American country in quantity of coastal extension.

Surface and geography of Mexico 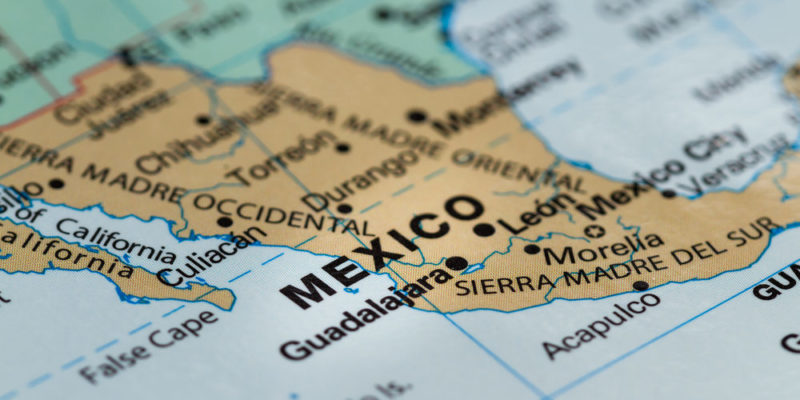 Mexico is the third largest country in Latin America.

The total area of the Mexican territory is 1,964,375 km 2 , which makes it the third largest country in Latin America and the fourteenth largest in the world. Almost all of this surface is found on the North American plate, together with the US and Canada, except for the Mexican insular surface (5,127 km 2 ).

Its relief is varied and with an important volcanic presence , crossed by the Sierra Madre (Western and Eastern) around the Mexican plateau, where the highest concentration of population is .

The climatic conditions of the Mexican territory are very varied, so much so that it is one of the countries with the greatest climatic diversity known : one of the 12 megadiverse countries on the planet, with 10-12% of the planetary biodiversity and 12,000 endemic species.

Broadly speaking, the Tropic of Cancer divides the country into two large climatic zones : a tropical one and a temperate one, highly modified by the presence of the ocean and by the geographical relief.

Capital and political division of Mexico 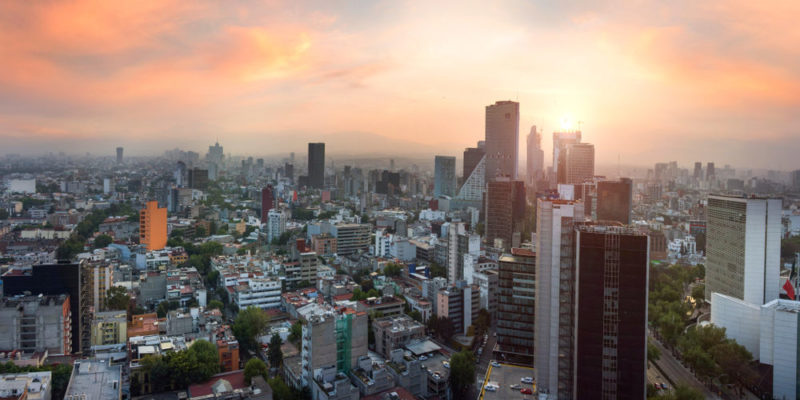 Mexico City is one of the largest population centers on the continent.

The Mexican capital is Mexico City , built since the conquest on the ruins of Mexico-Tenochtitlán, the Aztec capital.

It is located in the Valley of Mexico, at about 2,240 meters above sea level , and is one of the largest population centers on the continent and in the world, with a total of 21,892,724 inhabitants in its metropolitan area (according to the 2015 census).

This city is in the Federal District (known as DF) , which is accompanied by 31 other federal entities called states, provided with relative political, legal and legislative autonomy.

Flag and national symbols of Mexico 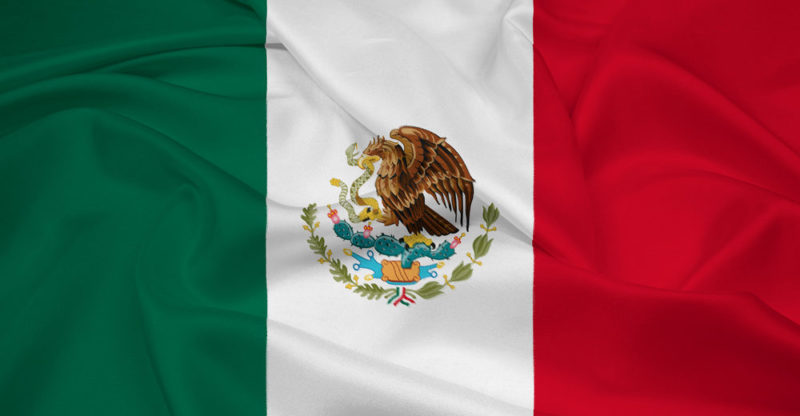 The Mexican coat of arms has an eagle on a cactus.

The Mexican flag shows three identical vertical stripes of color: green, white and red , and in the center the Mexican coat of arms, characterized by an eagle on a nopal, a symbol of importance in the pre-Columbian Nahuatl tradition. This flag was adopted since 1968.

Together with the flag and the coat of arms , the national symbols form the Mexican National Anthem, official since 1943 despite being known and used since 1854. 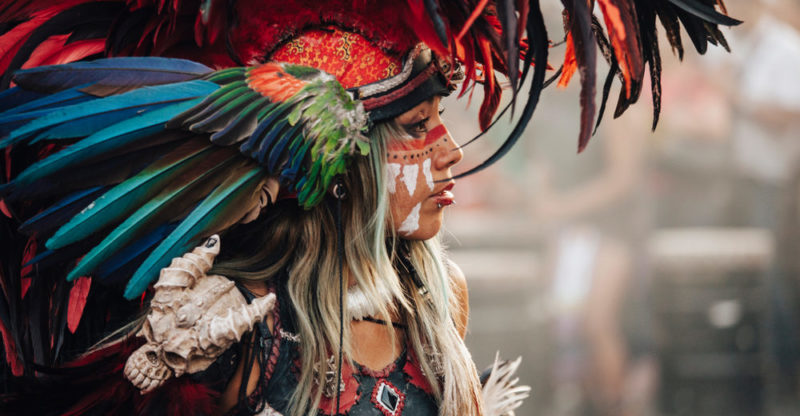 The indigenous population in Mexico ranges between 6% and 14% of the total population.

Mexico is the 11th most populous country in the world , with around 119 million people (2015 census). Population density greatly favors the metropolis of the capital and its metropolitan area, followed by the states of Puebla, Mexico, Jalisco, Guanajuato and Chiapas.

The Mexican population is ethnically diverse , which led to the country being characterized as a “mestizo nation” or “melting pot of races”. The indigenous population ranges between 6 and 14% of the total population, recognized in 65 ethnic groups with their own language and culture .

To this must be added a massive migration from the Asian , Mediterranean, American and Middle Eastern regions, with a growing trend since the establishment of the country as a sovereign and independent nation.

The Mexican economy is the fourteenth largest in the world , despite its significant margins of poverty and exclusion, or corruption and other institutional problems.

It is characterized by following a neoliberal model since 1980 , which emphasizes the exploitation and commercialization of oil (sixth seller of crude oil in the world), and tourism (23.4 million visitors in 2012). The latter is the largest economic activity in the country, which provides the main income per capita. 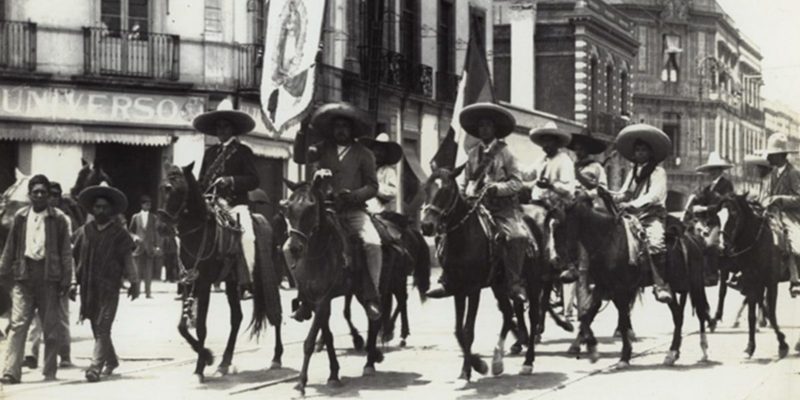 The Mexican Revolution allowed the creation of a modern democratic state.

Mexican history begins with the original settlers of the region , whose first settlements date back 14,000 years.

The original Mesoamerican populations, such as the Olmecs , Teotihuacans, Mayas , Zapotecs , Toltecs , Mixtecs , and finally Mexica, succeeded one another in importance as the region’s cultural and imperial center until the arrival of the Spanish conquistadors in the 15th century.

The next stage was a bloody war of conquest that culminated in the subjugation of the aboriginal populations and the creation of the colonial state, called the Viceroyalty of New Spain .

It was a highly stratified society from a racial point of view, distinguishing between indigenous , white and African slaves.

The Napoleonic Wars in the 19th century gave the Spanish colonies in America the opportunity to become independent, so they began their respective wars of independence .

In its life as an independent nation, Mexico survived two French and one American intervention . In these episodes it lost a significant part of its territory and underwent political transformations such as the Empire of Maximilian .

Finally, in the 20th century , a bloody revolutionary war (known as the Mexican Revolution ) took place before a modern democratic state could be erected. 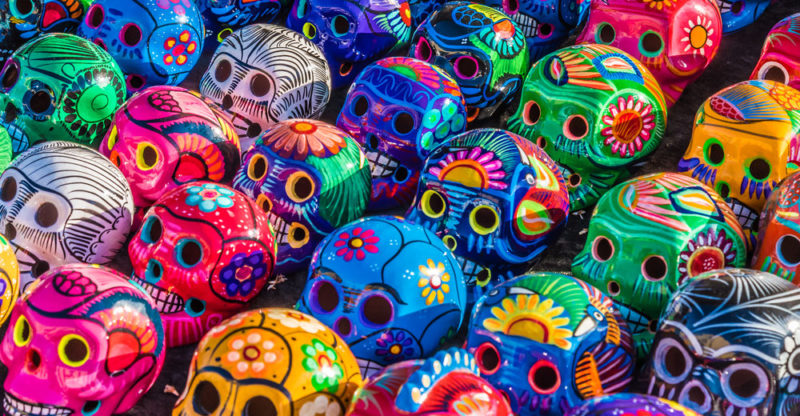 In Mexico, a Catholicism charged with mestizo meanings is practiced.

Mexican culture, as is the case with many Latin American nations, is the result of a complex process of syncretism that combined the Spanish Mediterranean Catholic tradition with pre-Columbian aboriginal religions and beliefs, and part of the African cultural contributions that came to the continent with the slaves.

This is notorious in the practice of a Catholicism charged with mestizo meanings , in which the figure of the Virgin of Guadalupe predominates and a folklore extremely rich in popular musical traditions (such as the corrido and the ranchera). The mariachi, musical emblem of the Mexican tradition of the early and mid-twentieth century, is internationally known.

Mexico has stood out in Literature (with names of world importance such as Sor Juana de la Cruz, Octavio Paz -winner of the Nobel Prize in 1990-, Juan Rulfo, Jame Sabines, Elena Poniatowska, and a huge etcetera), painting (Diego Rivera , Frida Kahlo, etc.) among many other arts .

Mexico is one of the nations with the greatest linguistic variety on the planet (it ranks 7th), since along with the predominant Spanish language, 67 indigenous languages of the nation are spoken, for a total of 287 different languages and variants.

Since the promulgation of the nation as a multi-ethnic state and the successive protection of many of the indigenous cultures, Mexico considers both Spanish and 65 of the pre-Columbian languages as national languages , among which Nahuatl and Mayan predominate by number of speakers. Yucatecan (which add up to almost 2 million people).