What Was The Mongol Empire? Know About Its Origin, Religion, Economy, Features And Characteristics 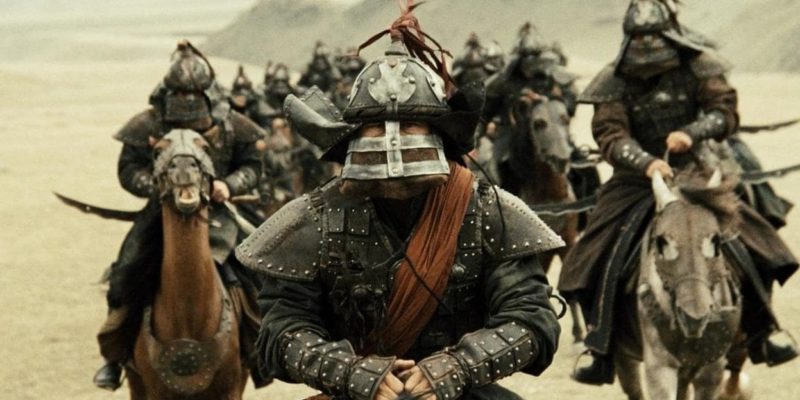 What was the Mongol empire?

Beginnings of the Mongol Empire

Food in the Mongol Empire

Economy of the Mongol Empire

Military skills of the Mongol Empire

The application of meritocracy

Decline and legacy of the Mongol Empire

We explain what the Mongol empire was, how it originated and the religion it professed. In addition, what are its characteristics, economy and more.

What was the Mongol empire?

The Mongol Empire is considered the second largest in history . Around the year 1206, Emperor Temudjen, better known as Genghis Khan (or Khan), was the one who instituted this empire that came to cover from the current territory of Korea, China , Iraq, Central Asia , Asia Minor to the Danube.

It was an empire of great importance since it allowed commercial activity between Asia, the East and the Middle East .

A nation of warriors with great military acumen , it was constituted as an ambitious army and an expert in conquest, which granted it a vast territory of 33,000,000 km 2 . Despite this, it was not characterized as an aggressive empire, but instead guaranteed the trade of products through its lands, allowing the commercialization of goods , services and ideas .

Marco Polo undertook a journey through these lands and wrote the book “The Voyage of Wonders” which later inspired Christopher Columbus to undertake his journey.

Beginnings of the Mongol Empire 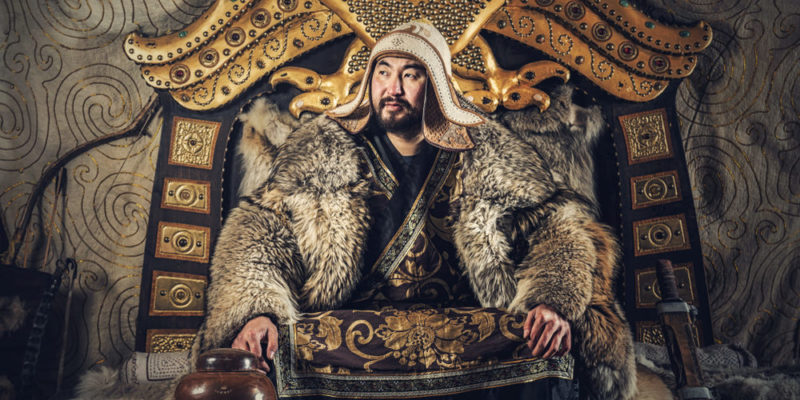 Emperor Genghis died during a battle during the year 1227.

Temudjen was the emperor who brought together all the Mongol tribes and proclaimed himself around the year 1206 as “Great Khan” or “Great Khan”.

Soon they had to face the Jin empire and the Xi Xia , in the north of China. Later he conquered Central Asia and then eastern Persia, southern Russia, and the Caucasus.

Around the year 1227, Emperor Genghis died during a battle and with that fact began the decline that years later ended with this great empire that lasted for more than a century. 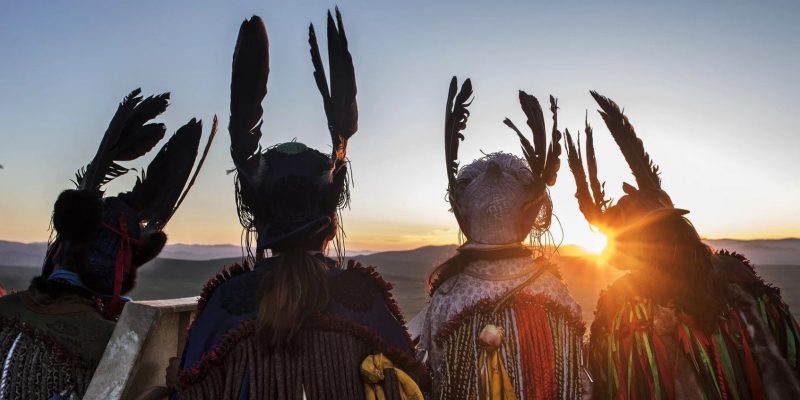 The emperor spread shamanic animism throughout the empire.

One of the pillars to achieve the expansion of the Mongol empire was the tolerance it exercised in relation to religious diversity among the conquered peoples. Thus, it was characterized by great religious diversity including Jews , Christians , Buddhists , Muslims , pagans, and Hindus .

In turn, the Mongol Empire was particularly interested in the religions that traversed the Silk Road , since they considered that it was possible to find the secret of immortality through the use of rites or magical spells. 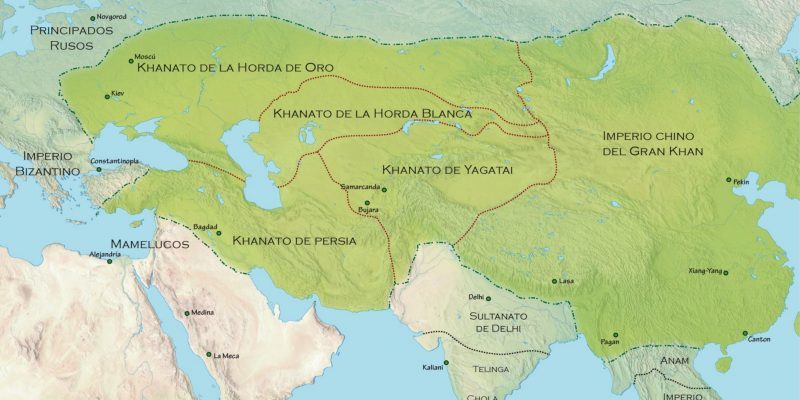 Thanks to their nomadic army, strong in cavalry, they achieved their expansion.

The Mongols had a tribal and nomadic organization : when the natural supply of the place ran out, they set up their tents and left for more fruitful lands.

For this reason, they preferred and respected the nomadic peoples they conquered . Thanks to a nomadic army strong in cavalry and expert archers, they achieved their great power.

Food in the Mongol Empire

The Mongol empire was characterized by eating horse , dog or fox meat and, if necessary, they practiced cannibalism. They did not eat baked goods, vegetables or legumes.

As for the drink, they made a type of alcoholic beverage with the fermentation of horse milk . In addition, they tried to drink a lot of goat or camel milk and when it was scarce, they cooked millet in water and drank it warm or cold.

Economy of the Mongol Empire

The economy of the Mongol empire was based on herding livestock , particularly horses, which were replaced by camels in more arid areas. In addition, they produced grain, tea, and textiles, and traded metals with China. 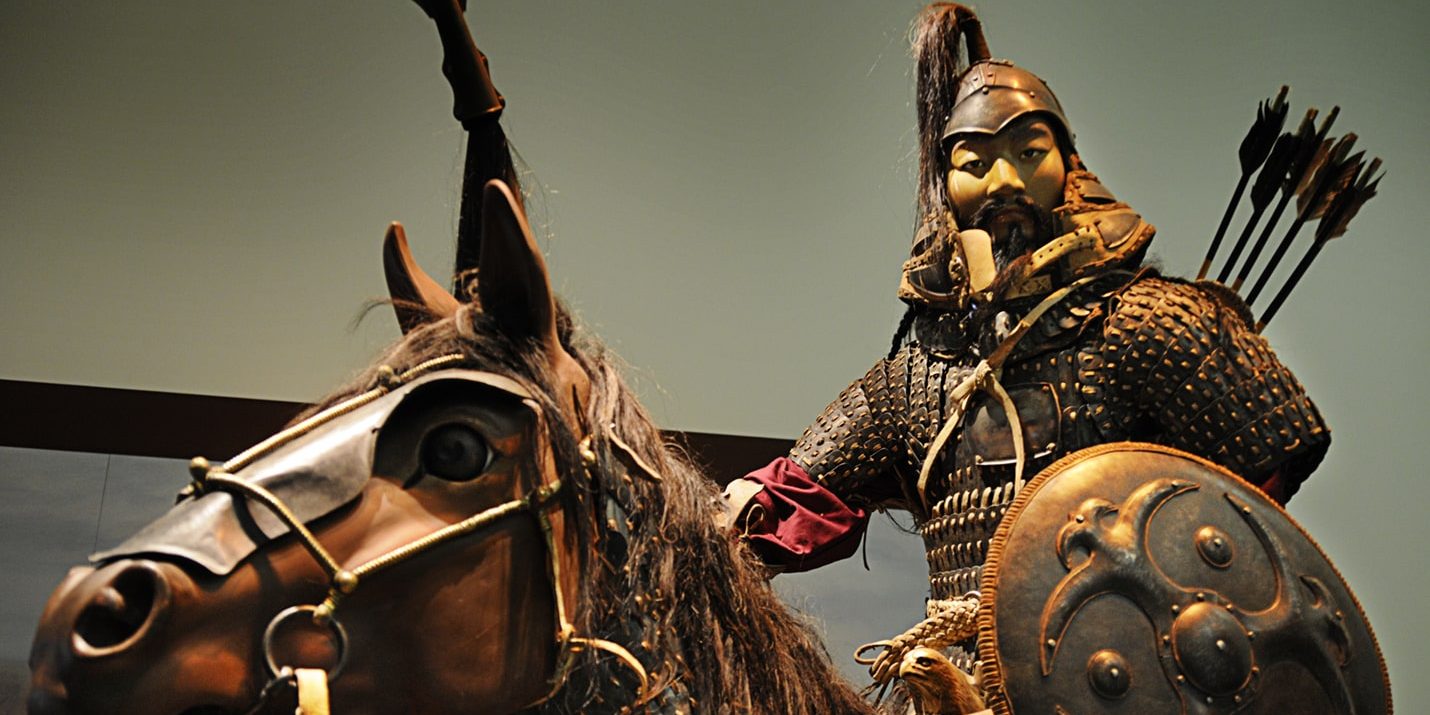 Emperor Genghis Khan established a control system based on torture.

Emperor Genghis Khan established a tax collection and control system called the Yassa . This system used torture for those who refused to pay taxes (a system from which both doctors and priests were exempt).

This law respected nomadic peoples and their different religions and despised sedentary peoples, particularly those from China. Although this law was known to all, only the Khan and his personal advisers could access his writings.

To enforce this law, Kan devised a postal system that would expedite the dispatch of military or government orders. Thanks to this control system, commercial expansion was possible.

Military skills of the Mongol Empire 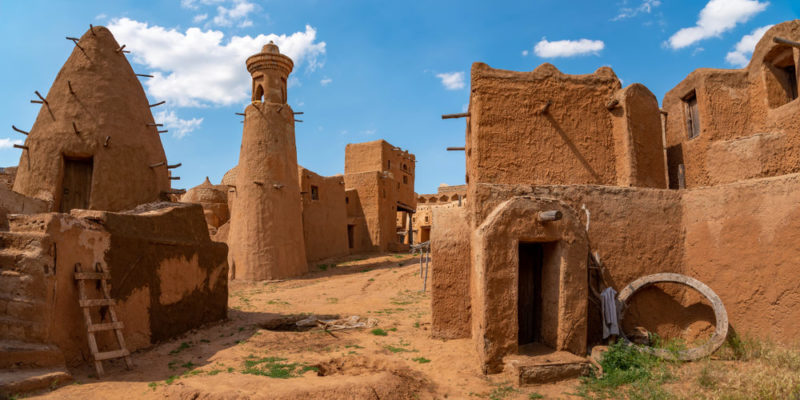 The Mongols spared the lives of conquered artisans and peasants.

Although they were more backward than the Chinese and the Mohammedans, the truth is that their military exploits were simpler but more effective than those of their neighbors. In fact, this army is considered the best in the world during the 12th and 13th centuries.

After the conquests, the Mongols spared the lives of the conquered artisans and peasants so that they could continue working for them.

On the other hand, they protected the merchants or ambassadors who circulated through the conquered lands as long as they had the documentation in order. This allowed them to guarantee and expand a safe trade route.

The application of meritocracy

This great emperor established a merit system based on the degree of agility and loyalty offered during battles. Thus, different positions and titles were offered taking into account the value shown during the battles. 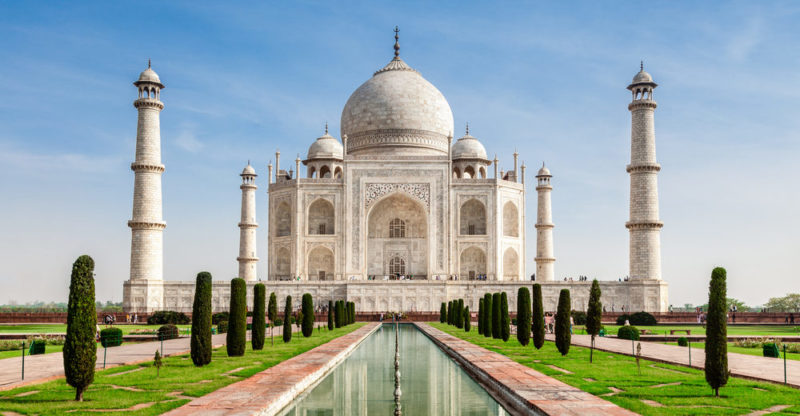 One of the works whose architecture is of Mongolian heritage is the Taj Mahal.

The Mongols were not known for their great architectural works . However, the importance of Mongolian architecture can be seen in the mosques, which today bear some of its heritage. Another of the works whose architecture is of Mongolian heritage was the Taj Mahal.

Decline and legacy of the Mongol Empire

There were different factors that favored the fall of this empire. Some of them are:

One of the dynasties that succeeded the Mongol Empire was the Chinese Yuan dynasty. In addition, it can be said that the Ilkanano empires in Persia and the Golden Horde that controlled southern Russia and central Asia had a Mongol base.