Oxygen: What It Is, Properties, Uses, Risks And Characteristics 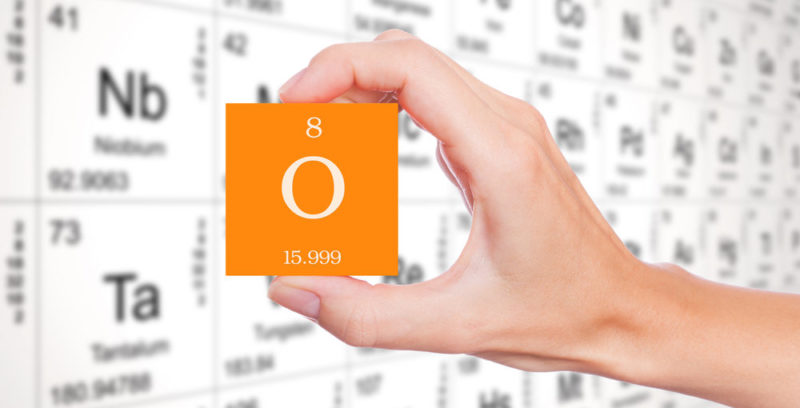 Oxygen in the Periodic Table

When was oxygen discovered?

Risks in its use

We explain what oxygen is, when it was discovered and what its properties are. In addition, its characteristics, uses and more.

Oxygen (O) is a non-metallic chemical element , normally gaseous, extremely abundant in our atmosphere (it integrates 20.8% of its current volume) in its molecular form (O 2 ) and the third most abundant in the universe (after the hydrogen and helium). It is essential for life as we know it, especially because of its ability to form the water molecule (H 2 O) together with hydrogen .

The name of oxygen comes from the ancient Greek oxys (“acid”) and –gonos (“producer, generator”), that is, it means “producer of acids” because in those days it was erroneously assumed that acids always contained oxygen in their structure chemistry.

It is very reactive, so it is not usually found in its elemental state (O) , but rather forming molecules made up of its own atoms or constituting chemical compounds with other elements.

The oxygen molecule is usually diatomic (O 2 ) at room temperature and pressure or triatomic (ozone O 3 ) under specific environmental conditions. For example, O 3 present in the stratosphere is formed when ultraviolet rays break down O 2 , while O 3 present in the troposphere is formed as a result of photochemical reactions between volatile organic compounds and nitrogen oxides.

As it has a very high reactivity , atoms of this element are found in numerous organic and inorganic compounds on the planet , in the various states of aggregation of matter . It is, therefore, an extremely common element in the world and the known universe.

Oxygen in the Periodic Table

In the Periodic Table, oxygen is found at the beginning of group 16 (VIA) , among the non-metallic elements known as ampigens.

It is represented by the letter O and in this group it is followed by sulfur (S), selenium (Se), tellurium (Te), polonium (Po) and livermorio (Lv).

Oxygen has atomic number 8 and is the second most electron negative element in the Periodic Table (fluorine is the most electronegative). It is one of the elements that is in a gaseous state under conditions of pressure and ambient temperature.

When was oxygen discovered? 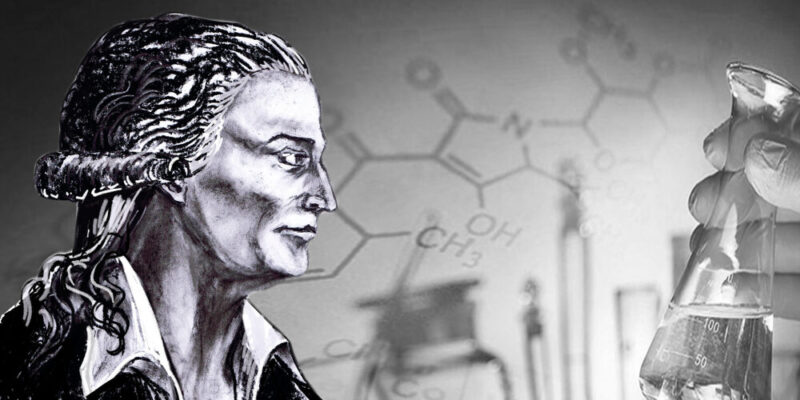 Lavoisier ruled out the existence of phlogiston.

Although many of its properties were known from the study of air since ancient times, oxygen as an element was discovered in 1772 by Carl Wilhelm Scheele . This Swedish pharmacist noticed, while burning mercury oxide , that a “fire air” was released.

Other scientists of the time, such as the British clergyman Joseph Priestley, made the same discovery in analogous experiments and gave it the name “dephlogsticated air.”

Later, Antoine de Lavoisier devoted himself to the study of combustion and oxidation , and discarded the theories about “phlogiston”, which was a supposed substance present in everything combustible. On the contrary, he proposed the existence of a new chemical element: oxygen.

In 1808 John Dalton developed his atomic theory , where he states that all chemical elements are monatomic and compounds are formed using the least amount of each element possible. According to this theory, the water had the formula HO (which is a mistake, the correct formula is H 2 O).

Then, in 1877, the physicists Raoul Pictet and Louis Paul Cailletet managed to obtain liquid oxygen , although the amount they obtained was not enough to analyze it. In 1891, the chemist James Dewar managed to obtain an adequate quantity of liquid oxygen for further study and in 1895 the first method was developed to produce it with commercial interest. 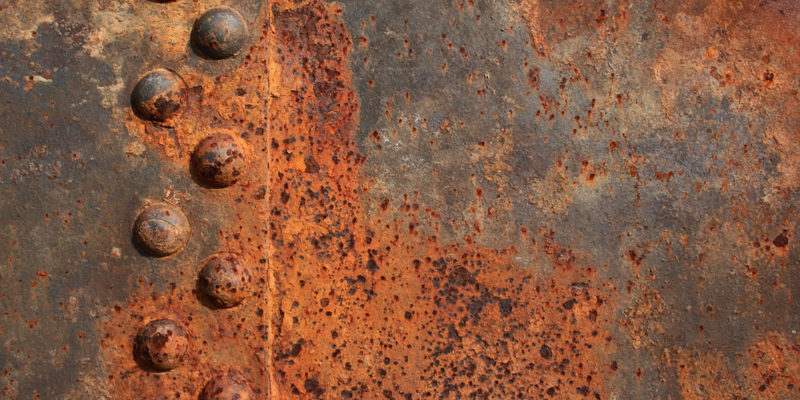 Because it is very reactive, oxygen forms oxides and corrodes surfaces.

Oxygen is a highly reactive chemical , capable of forming compounds with almost all known elements except helium (He) and neon (Ne). It is the main of the amphogens (formers of acids and bases ) and its oxidation states are -2 and -1.

It is an element that forms flammable compounds and is very reactive. In contact with metals, it forms oxides and corrodes surfaces. 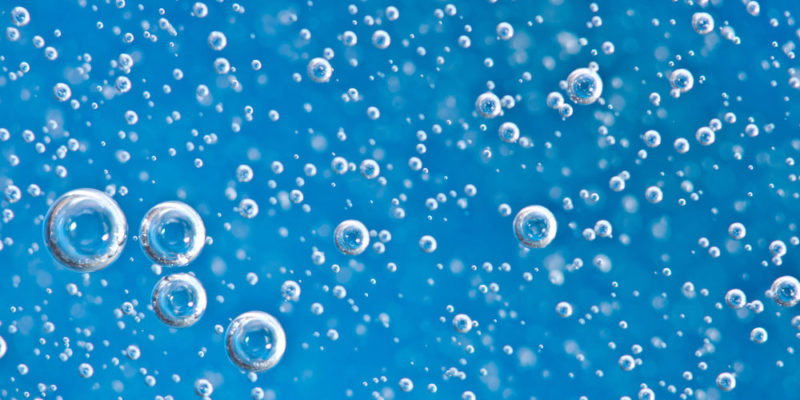 Under normal conditions of pressure and temperature, oxygen appears as a colorless, odorless and tasteless gas . It is much more soluble in water than nitrogen : fresh water contains about 6.04 ml of oxygen per liter, while sea water contains 4.95 ml per liter.

It is known that there are 14 radioactive isotopes of oxygen, of which the most stable is 15 O.

On the other hand, oxygen is essential for the photosynthesis of plants , algae and certain bacteria . To carry out this process, these organisms use carbon dioxide (CO 2 ) from the air and sunlight to transform inorganic molecules (such as CO 2 and water) into carbohydrates, such as glucose. Finally, oxygen is released into the environment as a product of this sequence of reactions.

Thanks to this process, 2.5 billion years ago the atmosphere began to fill with this element. Many anaerobic life forms at the time were eliminated.

On the contrary, animals and other living beings capable of breathing need atmospheric oxygen to break down the glucose molecules that we obtain from food . Thus we obtain the necessary energy to subsist.

During this process, called respiration , aerobic organisms take in O 2 from the air and release CO 2 as a by-product . 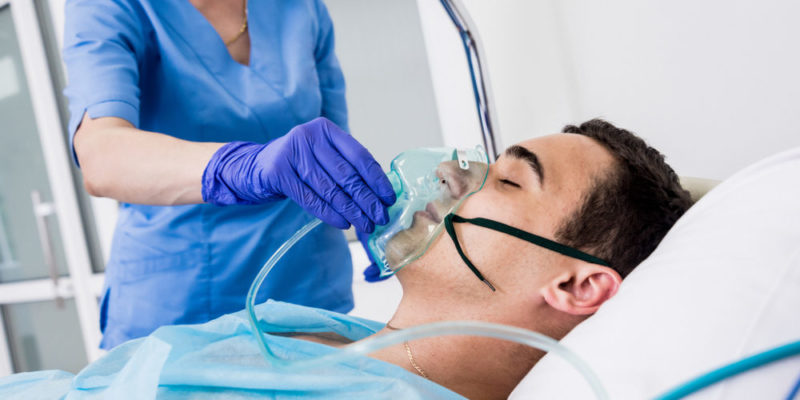 Oxygen is used as a breathable gas to keep surgical patients alive.

Oxygen has enormous applications in human industries, such as:

The industrial production of oxygen occurs mainly through two methods: 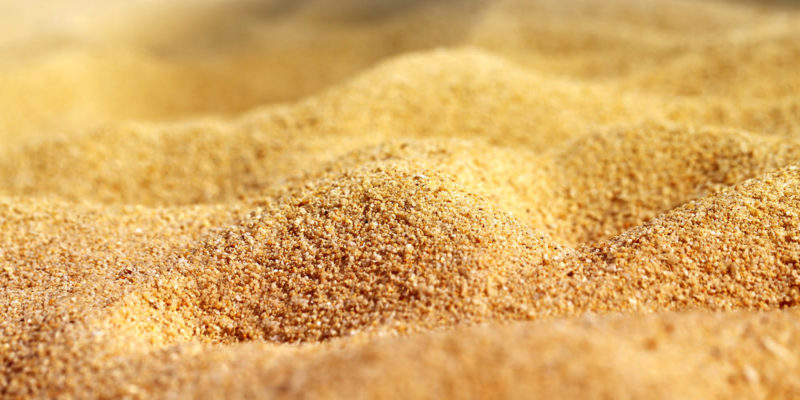 Silicon dioxide (SiO2) is present in sand and granite.

Oxygen, due to its high electronegativity, reacts with other elements to form oxides . In oxides, oxygen has a -2 oxidation state, while in peroxides it has -1.

The most common inorganic oxygen compound is water (H 2 O), but there are many oxides in which a metallic, non-metallic or metalloid element is combined with oxygen. For example: silicon dioxide (SiO2), present in sand and granite ; alumina (Al2O3) present in bauxite and corundum; ferric oxide (Fe2O3), in hematite and rust; etc.

In organic chemistry , oxygen is a common element as part of complex macromolecules, such as alcohols (R-OH), ethers (ROR), ketones (R-CO-R) , aldehydes (R-CO-H) and esters (R-COO-R) .. For this reason, many organic solvents have a strong presence of oxygen.

However, most organic compounds with oxygen, unlike inorganic ones, are not produced by their direct action , but as part of more complex chemical processes.

Risks in its use 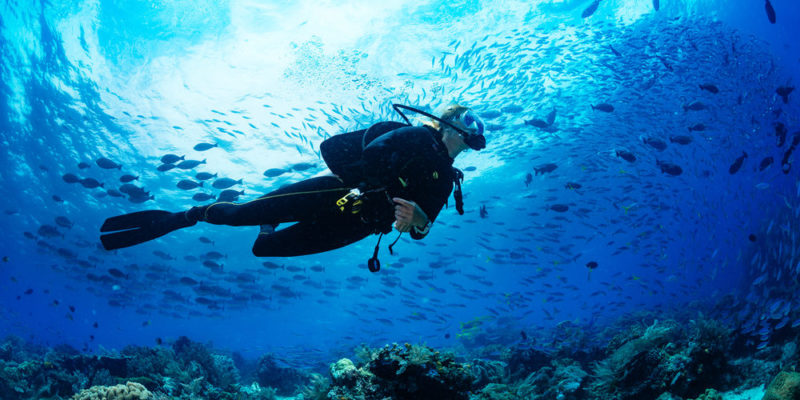 Gaseous oxygen (O2) can be a toxic agent in the human body when it is at a pressure greater than 50 kPa. It’s the kind of pressure that deep-sea divers and divers are subjected to. Symptoms of oxygen poisoning include seizures, eye damage, spasms, and neurological damage.

On the other hand, being so combustible, the handling of oxygen in high concentrations implies risks of explosion or fire , since the molecule is prone to rapid combustion.