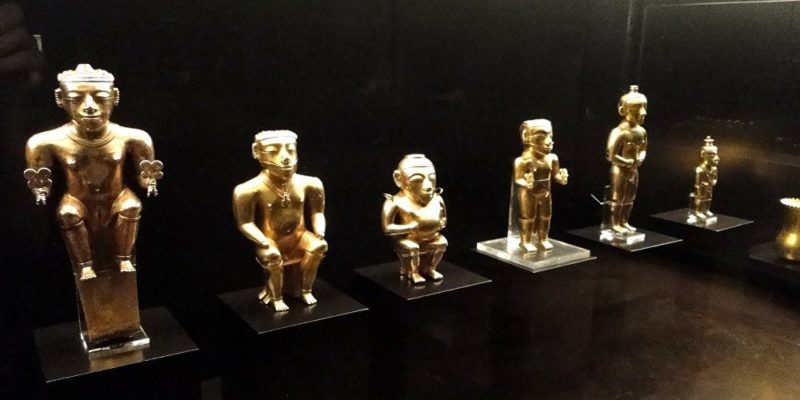 What is the Quimbaya culture?

History of the Quimbaya

Gods of the Quimbaya

Political organization of the Quimbaya

Disappearance of the quimbaya

We explain what the Quimbaya culture was and where this ethnic group was located. Also, what are its characteristics, economy and religion.


What is the Quimbaya culture?

The Quimbaya ethnic group was an original pre-Columbian culture that made life in the middle course of the Cauca River, in present-day Colombia, between the cities of Cali and Medellín.

This ethnic group inhabited this jungle and mountainous territory from the year 500 a. Until 1600 d. C. , and is famous for its talent in the production of statuettes and other handcrafted pieces of gold .

Much is unknown about this pre-Columbian ethnic group, of which only a few descendants survive , and whose cultural nucleus was lost during the bloody conquest and colonization of the American continent by the Spanish colonists.

However, it is known that they were particularly fierce in combat , especially against the European conquerors, to the point of opposing them until the last moment and, therefore, suffering the cruel consequences.

The Quimbaya or Kimbaya language does not remain long, it is considered an extinct language. Only eight words of it are preserved. It is hardly known that it was a Caribbean language.

History of the Quimbaya 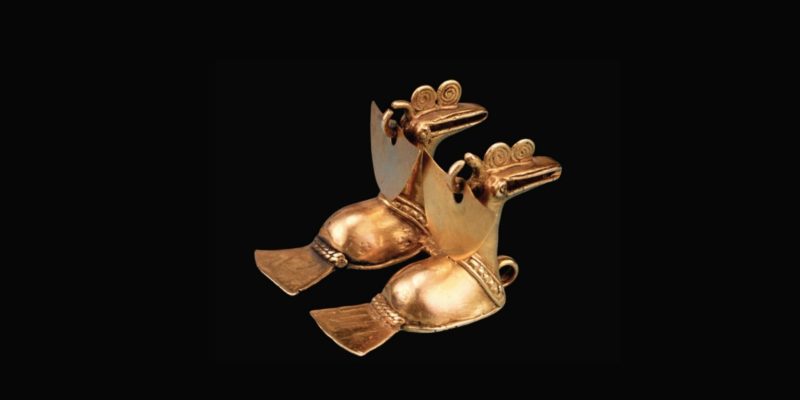 During the classical period, the Quimbayas discovered the smelting of metals.

The history of the Quimbaya culture is usually studied based on two different periods:

Much of the religious imaginary of the ethnic group is ignored , although judging by the statement of the Spanish conqueror Pedro Cieza de León, a chronicler in addition to the Andean world, the Quimbaya “They have no belief whatsoever; they speak with the devil in the same way as the others ”.

But their artistic representations and their varied and complex funeral rites allow us to intuit that they possessed some religion or an elaborate belief system.

For the Quimbayas the funeral rite was particularly important , as evidenced by the tombs found, which are very diverse in their manufacture.

In them abundant offerings were found, to guide or feed the deceased in the afterlife, or with weapons to fight their spiritual battles .

Some versions affirm that the Quimbayas practiced cannibalism, but this is based only on the observed display of the heads of their enemies on pikes at the entrance to the town, especially during the war against the Spanish.

Gods of the Quimbaya 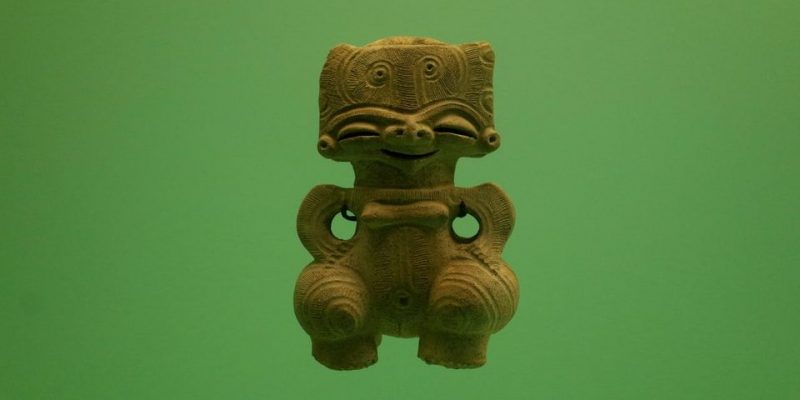 The gods of the Quimbaya were anthropomorphic beings.

Judging by the gold statuettes that have survived the extinction of the ethnic group, the gods or divinities of the Quimbaya possessed, as in many American cultures, a close bond with the surrounding nature .

Its statues and ceramics present anthropomorphic and anthropozoomorphic beings (with a mixed body between human and animal).

The Quimbayas dressed themselves with few cotton clothes and blankets that allowed them to tolerate the humid temperatures of their region, replacing some fibers with tree bark.

They used to paint their bodies and decorate it with pigments obtained naturally, especially in rites or military actions. However, very few surviving textile garments are due to the climatic conditions of the region. 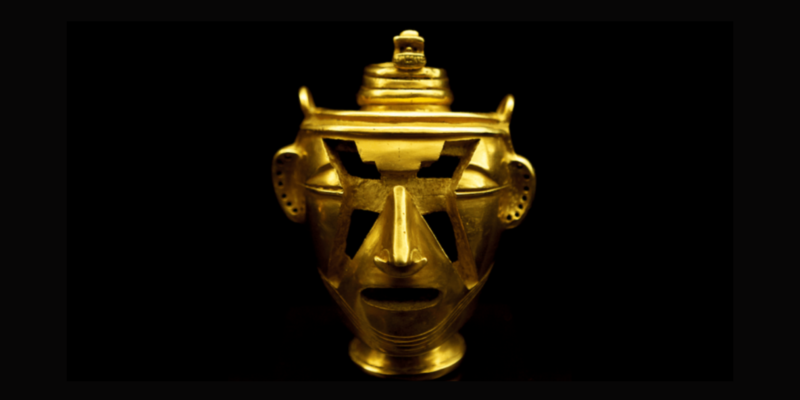 Through a metallurgy system, the Quimbayas, alloyed gold with copper.

Of the quimbayas, above all, their gold statuettes remain , made with talent and precision of details, demonstrating an astonishing talent for goldsmithing.

Through metallurgy systems, they alloyed gold with copper , producing “tumbaga”, a metal that does not diminish the brilliance, luxury and durability of gold pieces, which used to be truly exquisite and unique in Latin America .

It is also unknown how they did to melt these metals without having furnaces in which to reach the very high temperatures that are needed for this.

It is also possible to find petroglyphs and other forms of drawing or writing of the Quimbayas, for example, in the Las Piedras Marcadas Natural Park (or La Marcada), in the Dosquebradas Risaralda municipality of Colombia.

The age and use of these painted stones is unknown.

Political organization of the Quimbaya

The chiefdom was the dominant political structure in the Quimbaya culture. Each consisted of about 200 subjects, and there would be about a hundred of them scattered throughout the territory.

These military, agricultural and family units confederated during periods of war or for the exchange of goods , so that they responded as a well-organized whole. 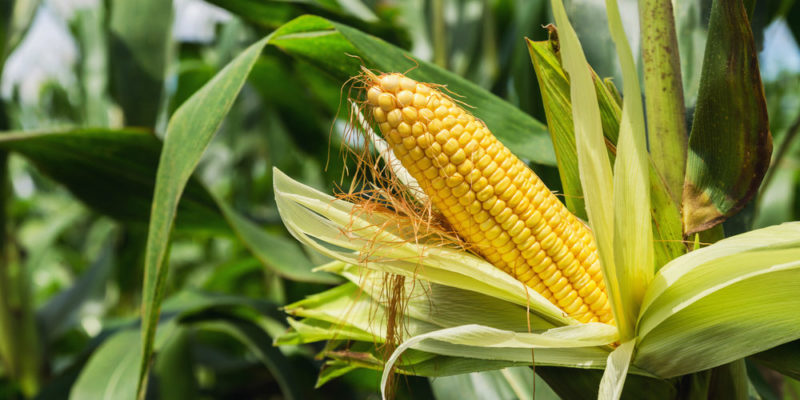 The Quimbaya are known for growing corn, avocado and guava.

The Quimbaya economy was eminently agricultural , with outstanding cultivation of cassava (manioc), corn , avocado and guava, abundant in the Colombian coffee region.

Furthermore, they practiced gold mining , from which they developed efficient metallurgy techniques, achieving a highly finished element and luxurious details.

They did the same with boiling sea water to obtain salt . It is estimated that they would have extensively traded with other neighboring and even distant ethnic groups. 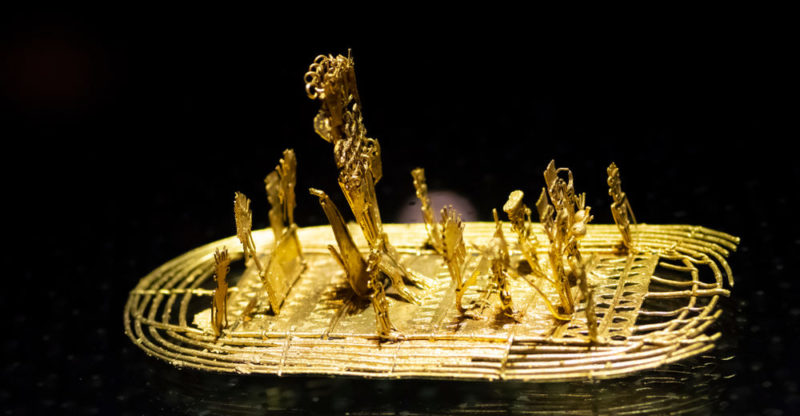 Many pieces of the quimbayas are in the Museum of America in Madrid.

When talking about the treasure of the Quimbayas, it refers to the set of gold and tumbaga objects that were discovered as part of the trousseau of two tombs attributed to this pre-Columbian ethnic group, gifted to the Spanish Crown by the Colombian Government at the end of the 19th century.

Today these pieces, unique in history, are in the Museum of America in the Spanish capital of Madrid , as part of its permanent exhibition.

Their exceptional beauty and perfect finish make them unmatched works of art from pre-Columbian culture.

Disappearance of the quimbaya

Subjected by the Spanish Empire , the quimbaya chiefdoms had disappeared by 55% by the year 1559 , after two attempts at rebellion had failed.

Decimated by slavery , new diseases and the attacks of the war of the Pijao peoples against the Spanish, the Quimbayas had practically disappeared by 1628, when the last census of their community was made , which did not exceed 69 individuals.