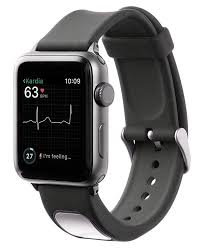 What is an electrocardiogram (ECG)

Keeping an eye out for Afib

When might we see a Garmin watch equipped with an electrocardiogram

Garmin, a company specializing in producing wearable technology, is now researching whether its smartwatches can be used to monitor ECG and atrial fibrillation (Afib). The outcomes of the clinical trial are anticipated to be announced in July.

What is an electrocardiogram (ECG)

An electrocardiogram, often known as an ECG, is a diagnostic tool that evaluates your heart’s rhythm and electrical activity to determine its overall health. Symptoms of suspected cardiac conditions, such as arrhythmias, coronary heart disease, heart attacks, and cardiomyopathy, can frequently be diagnosed with the help of this technology.

A set of electrodes will be attached to your arms, legs, and chest during the examination that will take place in the doctor’s office. These sensors are connected to an electrocardiogram recording machine and lead from your body.

The image was obtained from Shutterstock / G&W.

In the past, the only way to obtain an electrocardiogram was through a medical setting or by purchasing a cumbersome machine. This is no longer the case in recent years. You could claim that the Apple Watch is responsible for making home ECG monitoring more popular. All Series 4 and higher watches come with the technology already built in, making it possible for anyone to monitor their heart health from the convenience of their own living room.

This works when it is needed. Users are expected to launch the ECG app and then press their fingers against the digital crown on the Apple Watch. Together, the sensor attached to the back of the patient makes a closed circuit, and then the electrodes work together to record the electrical impulses produced by the heart.

However, Apple is not the only company that makes wearables that monitor ECG. There are also additional possibilities, such as those provided by Withings, Fitbit, and Samsung, in addition to a few that are not as widely recognized.

You’ll probably note that Garmin is missing from this list of brands. Garmin, in contrast to certain other brands of wearable technology, has not yet included ECG technology in its products. However, it looks like that’s going to change.

In April of this year, Garmin began conducting a Clinical Trial to evaluate the efficacy of the ECG technology that it has developed. The National Library of Medicine of the United States of America explains the study in this manner.

“The goal of the study is to confirm that the Garmin ECG (electrocardiogram) software algorithm can detect and classify atrial fibrillation and normal sinus rhythm on single lead ECG data produced from a Garmin wrist-worn consumer device.

In addition, the study will verify whether or not the software is capable of producing a Lead I ECG that is clinically comparable to that of a reference device. The Garmin ECG program is not a diagnostic system; rather, it is designed to provide information merely.

The most intriguing aspect of this explanation is that it makes it quite clear that the “wrist-worn, consumer gadget” used to measure a single-lead ECG is manufactured by Garmin. Data from a single lead is typically what can be obtained from smartwatches that use ECG technology. This is not as accurate as a 12-lead electrocardiogram, the kind of ECG commonly provided in clinical settings.

Despite this, several studies have demonstrated that single-lead smartwatches provide an ECG measurement from the wrist satisfactorily enough. According to the findings of one investigation published in the BMJ Journal, such wearables provide “moderate diagnostic accuracy when compared with a 12-lead ECG.” In addition, they hypothesize that “physician involvement will probably continue to be a key component when examining the efficacy of these devices for arrhythmia screening.”

Keeping an eye out for Afib

Garmin is conducting research to determine whether or not their wearable can detect and differentiate between normal sinus rhythm and atrial fibrillation. The latter condition refers to an abnormal cardiac rhythm and is the most frequent form of the arrhythmia medical condition. It affects around one in every 18 persons, which is equivalent to five percent of the population in the United States.

Having Afib is merely a piece of the puzzle when it comes to the problem. Another aspect of the problem is that many people are unaware that they have it. The early detection of a problem is essential in order to forestall the occurrence of any potentially life-threatening complications before they appear.

Garmin anticipates that the study, which includes the participation of approximately 460 persons aged 22 and older, will come to an end in the month of July. Some of these individuals were selected for the study due to the fact that it was known that they had a history of atrial fibrillation. Others have not been given any arrhythmia diagnosis to this day. The data are being compared with a 12-lead electrocardiogram, and all of the participants are provided with a wearable device that is enabled with a single-lead Garmin ECG.

When might we see a Garmin watch equipped with an electrocardiogram

Even if the trial is successful, there are still further steps to take in the process. For such a wearable device, Garmin will still need to obtain regulatory permission. The FDA provides this information in the United States. After that, it will finally be able to bring to market a consumer gadget that has the capability of ECG self-monitoring.

The case of Withings demonstrates how challenging it can be to obtain clearance from the Food and Drug Administration (FDA). It has been more than a year since it obtained the regulatory approval necessary for Scanwatch in Europe, but it is still waiting for approval in the United States.

The Garmin Forerunner 55 and the Forerunner 945 LTE have been released recently. The Garmin Vivoactive 5 and perhaps the Forerunner 955 are both examples of other watches that could be released this year. We do not anticipate the Fenix 7 spacecraft touching down prior to the year 2022. Could any or all of these come with an electrocardiogram? That’s quite plausible.

We anticipate the arrival of the Vivoactive 5 in the early fall, well in advance of the buying frenzy that occurs at the end of the year. Since the current version was released in the third quarter of 2019, an update is long overdue.

Since this watch and its more expensive brother, the Venu, are both considered to be all-purpose watches by Garmin, we believe that both of these watches would make excellent candidates for ECG monitoring. The outcomes of the Clinical Trial and the amount of time it takes to acquire FDA approval will determine whether or not the technology will be used this year.