What Does It Mean to Have a Command Economy? 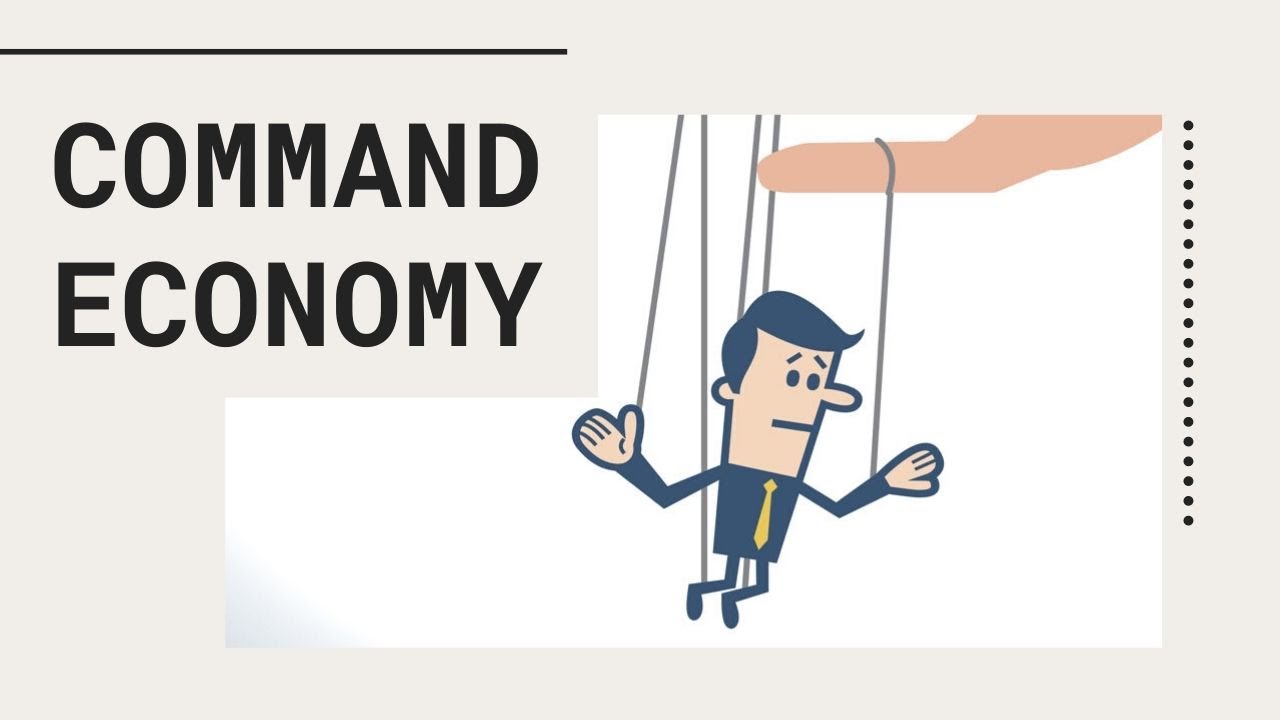 The Concept of a Command Economy, Along with Some Examples

Command economies are shown with examples.

The Mechanisms Behind Command Economies

The expansion and development of the theory

Economic Liberties in Various Parts of the World

Arguments in Favor of and Against a Command Economy

A command economy is one in which all economic decisions are made at a centralized level by the government. Both the land and the means of production are held in common ownership by either the government or a collective.

The Concept of a Command Economy, Along with Some Examples

A command economy is an economic system in which the government maintains full control over all aspects of the economy. To be coordinated well, complex social and economic systems need a wide range of administrative actions, such as instructions, rules, and national goals.

In other words, command economies are authoritarian economic frameworks in which a political or social hierarchy is completely accountable for making choices concerning the economy. Command economies are also known as centrally planned economies. All the way down to individual laborers, actors throughout the economy take their cues from the decisions made by these leaders.

Command economies are shown with examples.

Take a look at the following examples of command economies:

Belarus is an ex-Soviet satellite state that maintains a command economy to this day. Eighty percent of the country’s enterprises and seventy-five percent of its banking institutions are owned by the government.

Mao Tse-Tung, the leader of China after World War II, is credited with establishing a communist society there. He imposed a meticulously organized economic system. The current leaders are making progress toward a system that is based on the market. They carry on with the process of developing five-year plans to lay forth economic aims and objectives.

Cuba has been ruled by communism and a planned economy ever since Fidel Castro’s revolution in 1959. The Cuban economy was supported by the Soviet Union until the year 1990. To encourage economic expansion, the government is gradually implementing reforms to the market.

Iran’s central government exercises a combination of direct and indirect control over the economy, giving it broad swaths of economic power. This control has resulted in decreased productivity as well as recessions, and sanctions imposed by the international community have made these difficulties even more severe. After being lifted in accordance with a nuclear trade deal in 2015, these sanctions were reinstated by the United States in 2018 following President Trump’s decision to withdraw from the deal.

The majority of Libyans are employed by the government, which is mostly responsible for the country’s economy and is virtually exclusively dependent on the oil and gas sector.

For some decades now, North Korea has maintained one of the most centrally planned economies in the whole world. The United States government believes that North Korea’s industrial capital stock is almost beyond the point of no return due to poor management, inadequate investment, and a lack of necessary materials. Famine and malnutrition are persistent problems for the people living in North Korea.

Vladimir Lenin and the Russian Revolution established the world’s first communist command economy in that country in 1917. From the 1930s until the late 1980s, the economy of the Union of Soviet Socialist Republics (USSR), which was also known as a command economy, was the one that lasted the longest. Since the collapse of the Soviet Union, the Russian state has given ownership of the country’s most important businesses to wealthy oligarchs.

A mixed economy results when elements of the market economy are introduced into a centrally planned economy. Countries like China and Russia are examples of such mixed economies.

Other economies, such as North Korea’s and Cuba’s, continue to maintain a level of economic restraint.

The Mechanisms Behind Command Economies

In a contemporary command economy that is based on central planning, the government is the one that formulates the central economic plan.

For instance, the government might come up with a plan that spans five years and details the economic and social targets they want to achieve in each and every part of the nation. Plans with a shorter time horizon transform the goals into more attainable objectives.

The government is responsible for distributing all of the available resources in accordance with the central plan. It seeks to make the best use of the nation’s resources, including its human and financial work, as well as its natural resources.

The goal of command economies is to utilize the skills and capabilities of each individual to the fullest possible extent. In this way, a command economy likewise works toward the goal of doing away with unemployment.

The order of importance for the production of all commodities and services is determined by the central plan. This involves a cap on prices as well as a quota system. The mission is to ensure that all people in the country have access to adequate amounts of food, housing, and other necessities to meet their requirements. Also, the central plan sets the national priorities for things like getting troops ready for battle.

The government holds monopoly positions in certain industries that are considered crucial to the accomplishment of the aims of the economy. These industries include the automotive, financial, and utility sectors. There is no competition at home in the areas of business that are part of the command economy.

For the purpose of putting the centralized plan into action, the government drafts laws, regulations, and directives. The plan’s output and hiring targets are adhered to by the businesses. They are incapable of independently reacting to the pressures of the free market.

The expansion and development of the theory

Otto Neurath, an economist from Vienna, is credited with developing the idea of a command economy following World War I. Neurath suggested it as a method for bringing hyperinflation under control.

The origin of the phrase “command economy” can be traced back to the German word “Befehlswirtschaft.” It was a description of the fascist economy of Nazi Germany.

Although Nazi Germany was where the term “centrally planned economy” was first used, such economies existed long before that time. An example of a command economy is any situation in which the government chooses to impose control over various industries rather than allowing the forces of the market to determine economic policy.

Even the United States of America, which has traditionally placed high importance on free-market economics, has used features of command economies in the past. For example, during World War II, the United States directed materials to be used in the war effort.

Economic Liberties in Various Parts of the World

Below is a list of countries in order of how much economic freedom they have, from the freest to the most controlled.

Arguments in Favor of and Against a Command Economy

Planned economies are able to rapidly mobilize economic resources on a broad scale. They are capable of carrying out large undertakings, generating industrial power, and accomplishing social objectives. They are not slowed down by individual lawsuits or environmental impact assessments in any way.

Command economies have the potential to completely restructure society so that they are in line with the goal of the government. In order to ensure that all of the residents of the nation are working together toward a common objective, the new administration has the authority to nationalize private firms and enforce regulations upon the population.

Workers can get new jobs based on how the government sees their skills and how well they work with other parts of the economy.

Ignores the preferences of customers: In order to rapidly mobilize resources, command economies frequently prioritize other societal demands. For instance, the government instructs workers on the duties they must perform in their positions, which makes it less likely for them to relocate.

The needs of consumers are not always taken into consideration while designing new products. However, residents will find a way to satisfy their needs and aspirations, and this will frequently result in the creation of a shadow economy or black market that will buy and sell products that the command economy would not produce. The attempts of the leaders to dominate this market bring about a decrease in support for them.

Inefficiencies: Command economies frequently create an excessive amount of one thing while failing to produce a sufficient amount of another. It can be challenging for central planners to obtain information that is up-to-date regarding the requirements of customers. Because it is much harder to meet the needs of international markets, command economies have a hard time making the right exports at prices that are competitive on the global market.

There is a pushback against innovation: in command economies, company executives receive rewards for complying with directions. This structure doesn’t allow people to take risks, which are necessary to come up with new ideas.

In a command economy, all economic activities are planned, organized, and controlled by the central government. This is done so that most people can benefit from the economy as a whole.

Unlike free-market economies, command economies don’t let market forces like supply and demand decide the number of goods made or their prices.

Formerly dominant command economies, such as China and Russia, have transitioned into mixed economies by gradually adding more market forces over time. This is because command economies can make it hard for people to try new things and are often inefficient.