With the latest firmware update for the TicWatch S2, E2, and C2, problems with the system lagging have been fixed 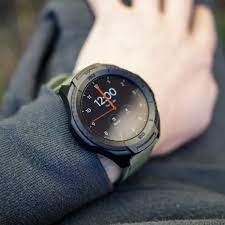 There is currently a new over-the-air firmware update available for the TicWatch S2, E2, and C2 models. It upgrades certain pre-installed applications and fixes issues with the system’s lagging performance.

Wear OS fans often use Mobvoi watches as their accessory of choice. The company was established in 2012, and its employees came from more than a dozen different nations around the world. A number of its employees have, in the past, worked for some of the most successful technology companies in the world. This includes people who formerly worked at Google, experts in artificial intelligence, people who once worked at Nokia, engineers, and academics from prestigious universities.

A software update for the TicWatch S2, E2, and C2 is now being distributed by the Chinese manufacturer. It did so by using its Twitter account to make the announcement.

System lag issues, which present themselves as the watch not responding, have been addressed with the new firmware. Wear OS devices often have this problem, so it will be interesting to see if Mobvoi is able to fix it.

A further modification is that the always-on display feature will no longer be enabled by default. This is a new setting. This was done in order to increase the lifetime of the device. Naturally, you always have the option to switch it on under the settings.

In conclusion, “some pre-build programs” have also been upgraded as part of this process. But the company doesn’t say much about these changes, so we don’t know more.

At this moment, there is no information regarding a potential future upgrade for E or S, and there is also none available. However, Mobvoi has stated that the update would be made available for the Ticwatch Pro, although the company does not yet have a specific release date planned for the upgrade. People that use these types of devices are likewise affected by the latency problem.

The Ticwatch Pro 4G/LTE represents the most recent attempt that Mobvoi has made in the realm of smartwatches. It was announced on July 10 and improves upon its predecessor by adding cellular connectivity. Sharing your current phone number with your TicWatch Pro 4G/LTE enables you to make VoLTE voice calls even when you aren’t using your smartphone.