What are the Egyptian Gods? Know About Their Summary, Classification, Features and Characteristics 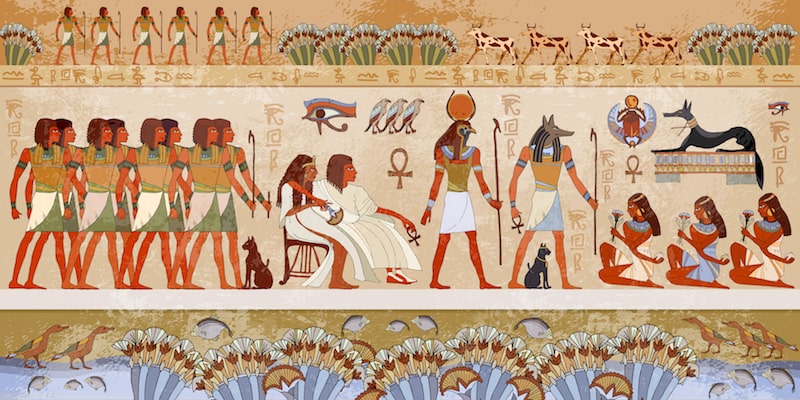 What are the Egyptian gods?

Origin of the Egyptian gods

Main beliefs of the Egyptians

Ra, God of the Sun

Nephthys, the lady of the house

We explain what the Egyptian gods are and the main beliefs of the Egyptian religion. In addition, its general characteristics and classification.

What are the Egyptian gods?

The Egyptian gods are a group of deities belonging to the religion of Ancient Egypt (3150 BC – 31 BC), one of the main ancient civilizations of North Africa. This civilization prospered on the banks of the Nile River , expanding its cultural, economic, and political influence as far as the Euphrates, the Red Sea , the Sinai Peninsula, and part of the Mediterranean .

Ancient Egyptian religion was polytheistic (many gods) and involved a diverse and complex set of rituals . Thanks to them, human beings could obtain the favor of the gods, regents of natural forces.

However, unlike many other ancient religions, they did not concern themselves with ephemeral phenomena such as rainbows or eclipses , nor with fundamental elements such as fire and water . In addition, the areas of influence of each god could be difficult to define and were often flexible, changing, according to their mythical accounts .

Where they did have an important presence was in the political organization of society , and the pharaohs were often their representatives on earth. The cult of the dead , of importance in Egyptian society, was also a territory dominated by deities.

Origin of the Egyptian gods 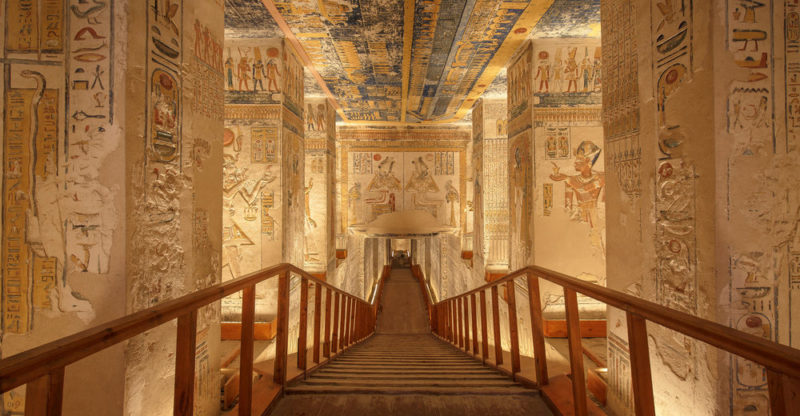 The imperial organization imposed a pantheon of gods of national importance.

The Egyptian religion took its first steps in Egyptian prehistory.

There is not much archaeological record of them .

It is likely that each Egyptian region had its own tutelary god .

However, it is believed that the conquest or absorption of some communities by others was imposing some on others.

Thus, some gods gained importance, but the others were not completely lost.

Around the year 3000 a. C. Egyptian cities are unified to start the Early Dynastic Period . The imperial organization imposed a pantheon of gods of national importance.

Furthermore, the cult of the pharaoh (who embodied the god Horus on Earth ) was given in terms of his tutelary gods. Simultaneously, the priests had the task of making a huge number of deities coexist in the same pantheon that would guarantee a unified religion.

Throughout the Old, Middle, and New Egyptian Empire, the worship of the gods was organized according to ruling elites . Subsequently, periods of Babylonian , Mycenaean , and finally Greek and Roman occupation weakened their identity and fostered syncretism .

In the first centuries AD. C. diverse edicts of the Roman emperors prohibited the cult to the goddess Isis . In this way, what remained of the traditional Egyptian religion became extinct.

Main beliefs of the Egyptians 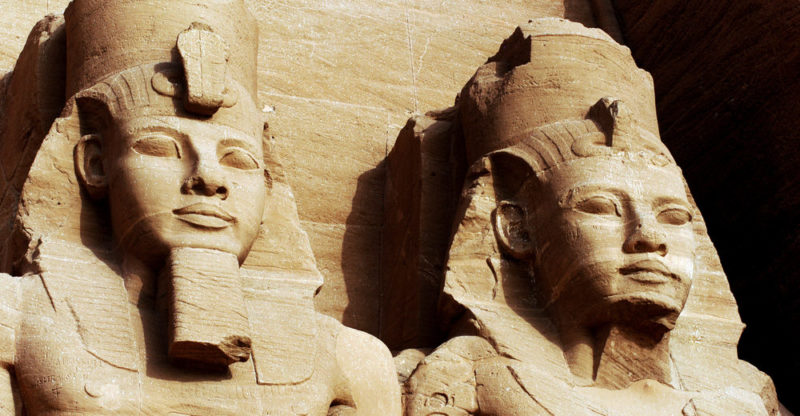 For the Egyptians, the pharaohs were a manifestation of divine force.

Egyptian religion was not a monolithic, homogeneous set of ritual practices. On the contrary, it encompassed an enormous variety of beliefs and practices, which had in common the link between the world of the sacred and the world of humans.

Its basic precepts can be summarized as:

The Egyptian pantheon was diverse and huge, with thousands of deities and gods organized into two sets:

The total number of deities is difficult to pin down. This is due to the fact that the same phenomenon could have different associated deities and the polytheistic dynamics were quite complex.

However, the main gods were represented more concretely and recurrently. Animals or anthropomorphic figures with animal heads were used for this.

Ra, God of the Sun 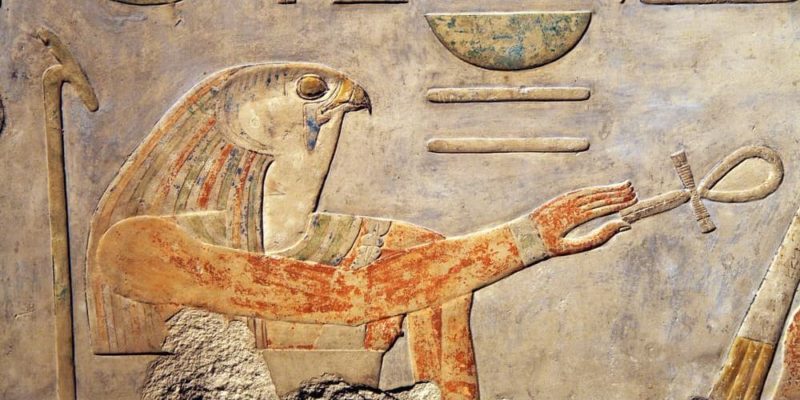 Ra could take the form of a beetle, a falcon, or a stooped old man.

One of the deities associated with the Sun , he was represented as a human figure with the head of a falcon , although depending on his place in the sky he could assume three different forms or appearances: 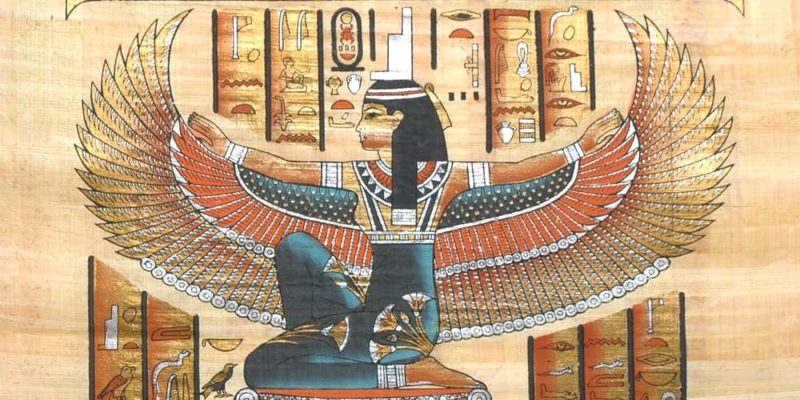 Isis wears a throne on her head and sometimes also shows wings.

The “mother of the gods”, who personified the very throne of the Empire , and the most popular of all the deities of the pantheon. She embodies the role of the mother and the wife, being the mother of Horus and the wife of Osiris. She is depicted as a human figure with a throne on her head and sometimes with wings as well. 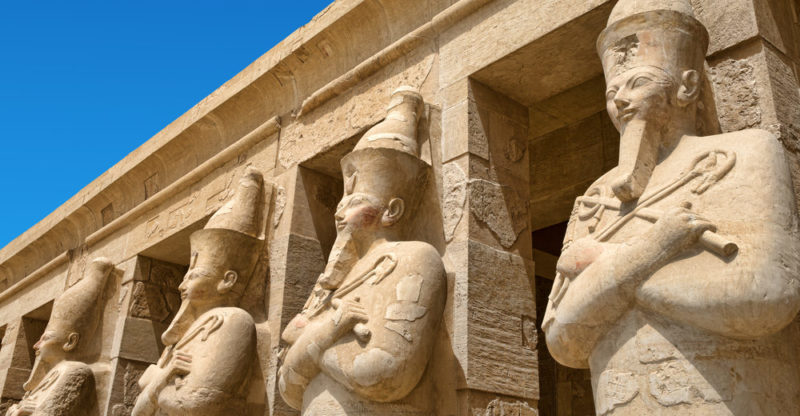 Osiris is depicted wearing the crown that marks his place on the throne.

It is linked to agriculture and the vegetation that grows from the ground . In addition, he is the regent of the world of the dead , to whom he grants eternal life at his side.

According to the religious story, Osiris married his sister Isis and was heir to the throne of the earth . However, this was not possible because his brother Seth killed him. Furthermore, to prevent his resurrection, he tore him to pieces, scattering him over the earth.

So his wife Isis, along with her sister Nephthys, picked up each piece. When they managed to unite them all, they embalmed him with the help of Anubis . This is how he became the first mummy in Egypt. 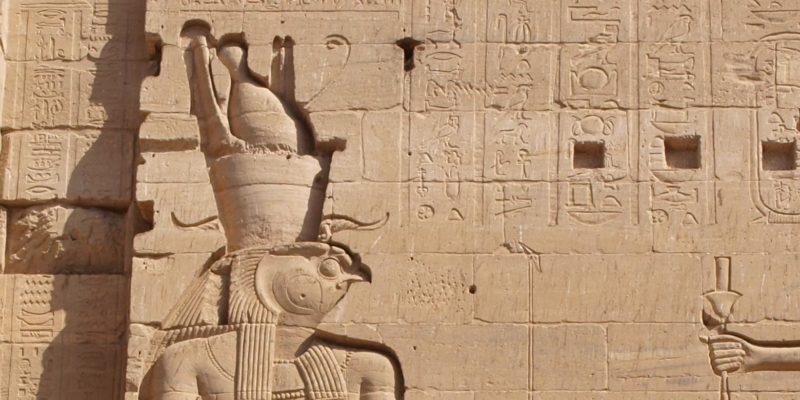 Horus is the god of the sky and the ruler of the kingdom of human beings.

Son of Isis and Osiris, he is represented with a falcon’s head on which the throne rests . He is also depicted as a falcon with the double Egyptian crown on his head (for Upper and Lower Egypt). He is the god of the sky and the ruler of the kingdom of human beings. His eyes are the moon and the sun, and the pharaoh in his incarnation on earth. 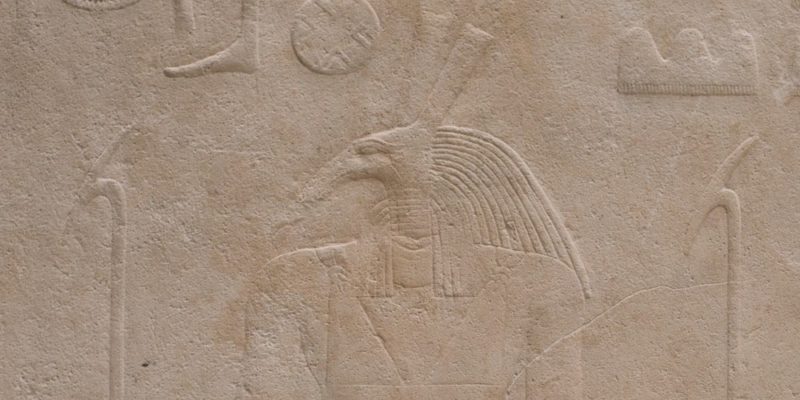 Seth was the assassin of Osiris and was represented with the head of an aardvark.

Set or Seth personified brute force, death, and destruction , especially arid lands, desert , and drought . His voice was that of thunder and from time to time he threatened the cosmic order, making it impossible to destroy him definitively.

According to Egyptian accounts , he was the murderer of his brother Osiris, whom he tore to pieces to keep his throne. However, after being defeated by Horus, he was sentenced to live in the desert. He was usually depicted as a human figure with the head of an aardvark. 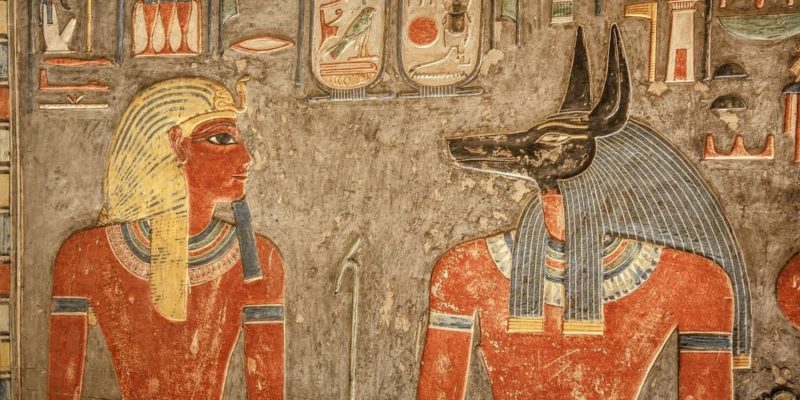 Anubis is depicted as a human with the head of a black jackal.

The guardian of the necropolis and guide of the deceased. He ruled over all kinds of funerary trades and was credited with having guarded the body of Osiris during his mummification. He was depicted as a human with the head of a black jackal or a dog. He joined the cult of Osiris, thus becoming the son of Nephthys.

Nephthys, the lady of the house 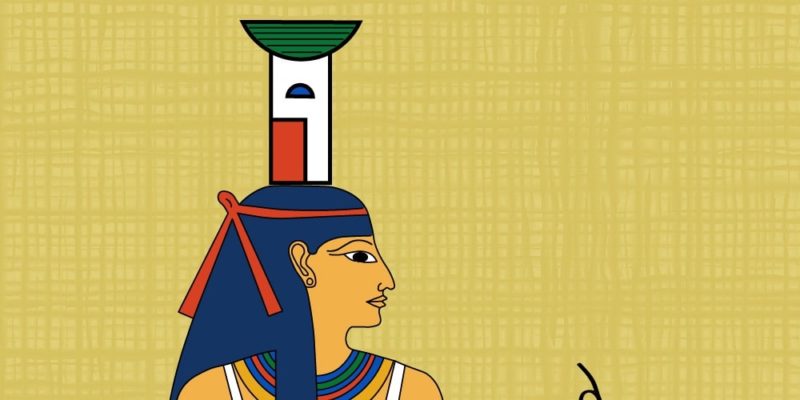 Nephthys bears the emblem of the tomb house and is associated with the funeral cult.

She was the wife of Seth and lover of Osiris. Also, some traditions point to her as the mother of Anubis . This goddess was represented with the emblem of the tomb-house on her head. In that sense, he was the embodiment of eternal repose and the mummy’s bandages represented his hair.

In addition to being associated with the funeral cult, travelers asked for help when crossing hostile territories , such as deserts. His magical powers were what allowed Osiris’s body to be reunited.