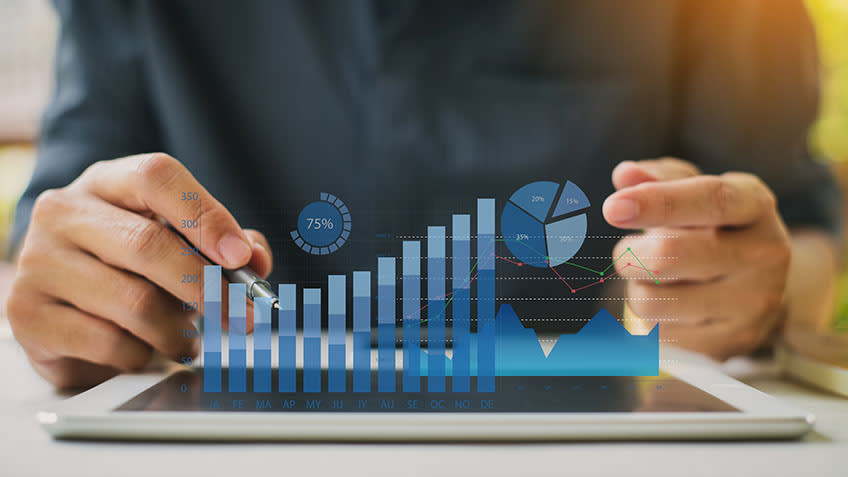 Example of rank in statistics

The range is a numerical value that indicates the difference between the maximum and minimum value of a population or statistical sample.

The range is usually used to obtain the total dispersion. That is, if we have a sample with two observations: $10 and $100, the range will be $90.

Especially in finance, the range is very useful to see how big a variation or change could become. It is also worth mentioning that, on many occasions, the range is not a fixed measure. For example, let’s imagine that the growth of the gross domestic product (GDP) of a country has been between 3 and 5% during the last 20 years. The range for this data will be 2% but this does not mean that it will always be that. So if in year 21, the growth is -1%, the range of the last 21 years, will go from 2% to 6%.

It is also known as a statistical tour.

To calculate the range of a sample or statistical population we will use the following formula:

For this, it is not necessary to order the values from highest to lowest or vice versa. If we know which are the numbers with the highest and lowest value, we will only have to apply the formula. In Excel, for example, we can use the functions = MAX (data range) and MIN (data range). From the cell that contains MAX we subtract the cell that contains MIN and get the range.

Example of rank in statistics

Suppose we have a company that produces microphones and then sells them to major computer brands. This company entrusts an economist to carry out a study on the evolution of sales (last 4 years) to, later, offer advice that improves business results. Among many other metrics, the microchip production range is required to be calculated. Below is the following data table:

How is this interpreted? This means that during the last 4 years the maximum variation that has occurred has been 38,955 microphones produced. Graphically we can see it as follows: 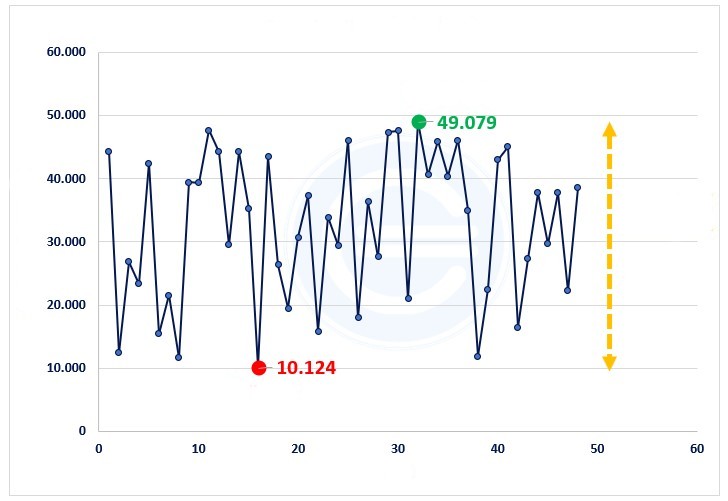 The green point is the maximum, the red point the minimum, and the yellow dotted line to the right is the difference. That is, the range.