Review of the PureWave Gen II: Give Yourself a Full-Body Massage in the Comfort of Your Own Home 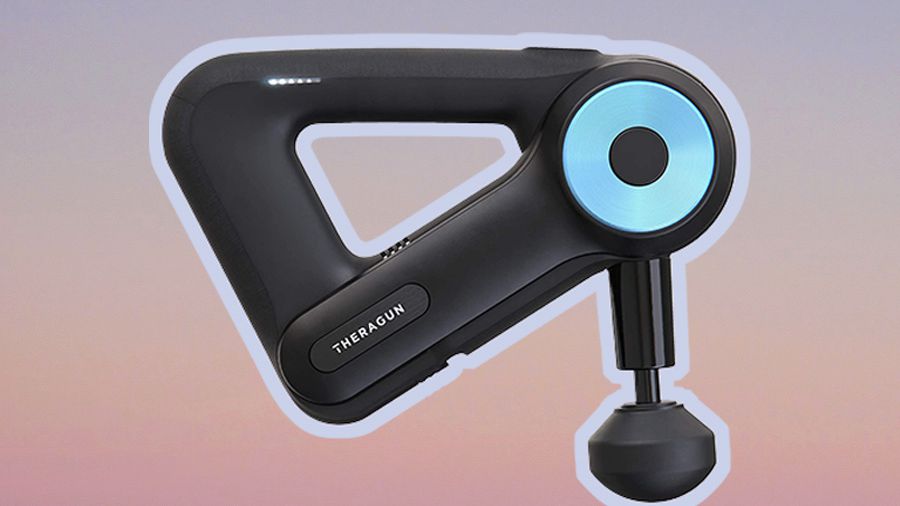 How Effective Is It, Generally Speaking?

A sore shoulder can be cradled in its embrace, an acupressure point can be stimulated, and a muscular knot can be untangled. The PureWave Gen II is a handheld massaging gadget that has recently undergone a redesign. Its goal is to facilitate healing and encourage a healthy practice of massage. Imagine having less discomfort, feeling more relaxed, and having a better night’s sleep.

The PureWave Gen II is a chargeable and wireless device with a proprietary dual-motor design that was developed by PADO, a company based in California. It is the most recent addition to their range of professional-grade massage products. The PureWave Gen II, in contrast to tools in the style of jackhammers, features both a vibration mode and a percussion mode. This lets the user do general massage, deep tissue massage, and work on sensitive tissue and trigger points from the comfort of their own home.

As a result of many advancements, including an enlarged ergonomic handle, the PureWave Gen II is able to provide a more extensive selection of PADO’s signature vibration treatments than its predecessors. It comes with seven different tool tips and a calibrated control of 12 speeds for each motor, both of which I made an effort to investigate over the course of a week of testing.

The PureWave Gen II comes in a box that is sophisticated and understated in its design. The device, the charging cord, and seven different tool tips made of latex-free silicone and stainless steel are all contained within a black storage container that can be found inside. A welcome booklet that describes the many treatment options and offers some ideas for how the interchangeable extensions could be used is also included in the package.

The handheld has estimated dimensions of 17.25 inches in length, 2.7 inches in width, and 4 inches in height, and it weighs 1.7 pounds.

Before using the gadget for the first time, PureWave suggests first charging it by plugging the charging cord into the port located on the bottom of the device and then connecting that port to a wall outlet. I was ready to give myself my first massage within minutes of opening the package because the device already had roughly half of its battery charged when it came, there was no app to download, and registration was not required.

Selecting a tool tip and then affixing it was all that was required to get going with this project. The power button, which is in the middle of the device, gives the user full control over the device’s speed and pressure.

When you press and hold the button, the percussion mode is activated. This mode provides deep tissue relief by rapidly pulsating the affected area, which both breaks down scar tissue and promotes blood flow. The vibration mode can be activated by pressing and holding the mode button once more. This mode targets particularly sensitive areas, such as the temples and the kneecaps, with gentle stimulation and focused pressure. Simply turning the dial enables a speed modification at a moment’s notice.

In general, the process of setting up the device was straightforward and enjoyable, and it has a high-quality and reliable feel about it.

In contrast to a good number of other massagers currently available, the PureWave Gen II has received both American and European Safety Certifications. According to the PADO website, the guarantee covers “pretty much anything short of destroying our device.” Additionally, the gadget comes with a complimentary trial period of 90 days, during which you can get your money back. Customers are told to take the product to their own doctor or physical therapist to see how well it works for them.

PADO provides free shipping inside the United States that takes between one and two business days. At this time, the product is not offered for sale on Amazon. First responders, such as those in the medical field, are eligible for savings of up to 30%.

How Effective Is It, Generally Speaking?

I spent a week putting the device through a variety of tests in a wide variety of settings.

Because of my injuries, my right arm and shoulder were sore throughout the first test, and I also had some numbness. That evening, I experimented with the spherical silicone Air Cushion Tip at the slowest pace over the shoulder and across the upper back. After that, I used the 3D Pivot Tip to cup and slide the unit down my arm and joints. I felt a lot better after those two treatments. Even in the back, angling the handle in order to discover pain sites was a simple process.

The arm started to feel better the following morning, and the numbness had completely disappeared by then. The discomfort went away after a period of just one day. The massage has proven to be of tremendous assistance.

In the days that followed, I used the device in the Percussion Mode at faster speeds, performing deep tissue work with the Six Head Tip and performing general massage with the Air Cushion tip. Both tips were attached to the device. This was something I did in a variety of postures, including standing, sitting, and lying down. The overall effect was one of increased relaxation as well as some of the most restful sleep experienced in recent memory.

Another day, I was able to use the Point Tip to locate acupressure points on my hands and feet, which was an altogether new, intense, and contemplative experience for me.

The vibration mode’s less intense sensation opens up new possibilities. I loved how the Migraine Tip can be used for a variety of different conditions, including headaches, jaw pain, and acute tendonitis. It was quite soothing to my aching ankles. The Scalp Tip was helpful for massaging the back of the neck as well as the face.

The PureWave Gen II was able to maintain its charge for a significant amount of time, around 2 hours. It took approximately one hour to recharge. It was feasible to use the gadget at night without worrying about having to wake up other members of the family because the noise level was modest and inconspicuous regardless of the speed at which it was operating.

In general, I couldn’t have asked for more. The process of personalizing the massage was one that was both easy and enjoyable to do. The PureWave Gen II worked really well, and I think it has the potential to meet a wide range of needs, such as those related to sports performance, injury recovery, and overall health.

It’s feasible that some people, though I believe it would be a relatively small proportion, would consider the handheld gadget to be too large or too heavy for their needs. The PureWave Gen II is a more robust PADO massager than the others because it weighs 1.75 pounds and measures over 17 inches in length. On the other hand, my son, who is twelve years old, had no issue using it, although some of PureWave’s competitors are up to twice as heavy as it is.

The PureWave Gen II massager comes with dual-motor choices, robust craftsmanship, a guarantee, and Safety Certifications, but it is also more expensive than some other massagers on the market. It retails for $149.95. In addition to this, the pricing of high-performance massagers might be more than twice as much as what PureWave charges for their products. In addition, it places the ability to heal in your hands and has the potential to reduce the amount of money you spend on massages in the long term.

If one were simply interested in receiving a deep tissue massage, for example, the PureWave Gen II’s dual percussion and vibration settings, as well as its seven different tools, may be too much. However, I do not believe that this should be a deal-breaker. Because it’s hard to know what someone’s needs will be in the near future, we think it’s best to give them the choice between a dual motor and a massage tip.

There is ample evidence that massage is beneficial to one’s physical and mental wellbeing. Even though it has the potential to be a great way to heal, it often costs a lot of money and takes a long time.

The PureWave Gen II is an excellent product—a solution that is highly appealing and has the potential to find favor with a large number of people. You can get relief from your head to your toes while also being able to create your own massage experience for the cost of one or two appointments with a massage professional. Relaxing, improving your performance, and getting a better night’s sleep are all things that the device may facilitate for you.

I believe that it is a fantastic investment and that it would also make a lovely gift for the holidays or a birthday!