Colonial Era: What it was, Society, Economy and Characteristics 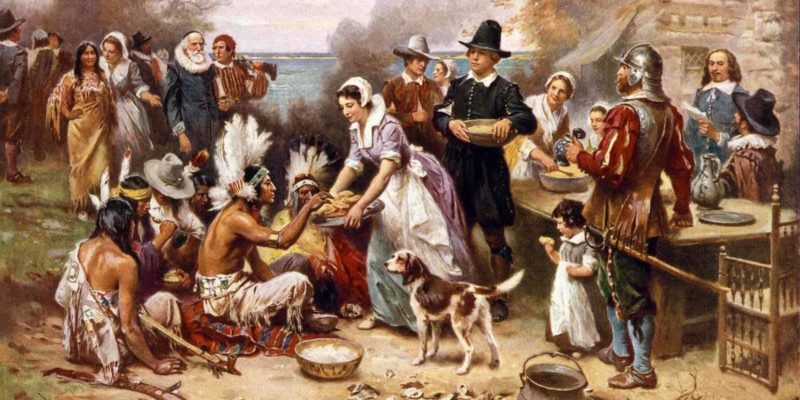 What was the colonial era?

We explain what was the colonial era in America, Africa, Oceania, and Asia, what are its general characteristics and colonial empires.

What was the colonial era?

In America, Africa, and other continents, the historical period during which their societies were controlled by the European metropolises is known as colonial times. They were subjected to a process of political, social, and cultural domination by the main empires of the time, such as the Spanish, French, and English.

There were many situations of colonialism in the world, especially those inflicted by Europe on America, Africa, Asia, and Oceania during the 18th and 19th centuries. Since the characteristics of each colony were different, there is no single colonial era.

Similarly, the traces of this period are felt in each region in a different way and today give rise to numerous processes of decolonization and cultural diversification, especially in the so-called Third World. 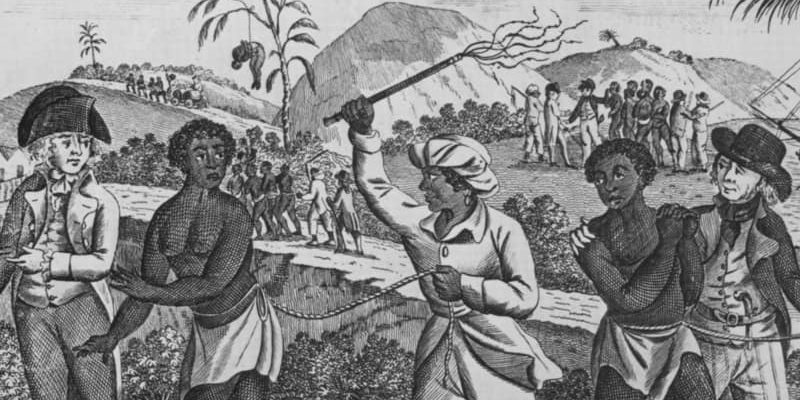 The British crown seized the territories of the east coast of America.

The main colonies in America were under Spanish, Portuguese, and then Anglo-Saxon domination. The most extensive of the three was the Spanish, which after the encounter with the continent in the 15th century proceeded to its bloody conquest.

The Spanish crown brutally decimated the original civilizations. In addition, it imposed a distribution of land and resources based on three viceroyalties: that of New Spain, that of Peru, and that of New Granada, with the subsequent creation of a fourth: the Viceroyalty of Rio de la Plata.

All were controlled by Spain. A series of commercial and political restrictions were imposed on them that ensured the primacy of European society.

The nascent American society was the fruit of 300 years of Hispanicization and syncretism with local cultures. To this combination was added the black culture brought from Africa as slave labor.

The Hispanic colonies were subject to European control until the 19th century, in which the Wars of Independence occurred and the Latin American republics were created.

In the North American case, the British crown took control of the territories of the east coast of the subcontinent. He established his first colony in 1585 on Roanoke Island.

British expansion continued for the next several centuries. He eradicated the local tribes and at the same time transplanted their culture (especially the Protestants, who sought greater religious openness by starting from scratch in the “new” continent) to America.

The conditions in which these first 13 colonies operated were similar in their dependence and remote control to the Hispanic case. However, due to their accelerated growth during the 18th century, the American Revolution took place and in 1783 they were already independent.

African colonization occurred during the 19th century. The European world powers, in full development as a result of the Industrial Revolution, needed raw materials. Since they had lost their American colonies, they targeted Africa, which was almost unknown territory for them.

Between Germany, France, Belgium, Holland, Italy, and Spain, among other countries, they proceeded to what was called the Division of Africa: they drew boundaries between colonies based on parallels and without bothering to know the nature of the territories or their original civilizations.

Some of these territories overcame colonialism through the first wars of independence (such as the Angolan one). In other cases, they were left to their fate by the colonizers because trading with them became cheaper than administering them for Europe.

However, due to their arbitrary layout, the African countries had a chaotic and uneven configuration, whose own tensions in many cases were accentuated with independence. This happened in many cases in the middle of the 20th century. 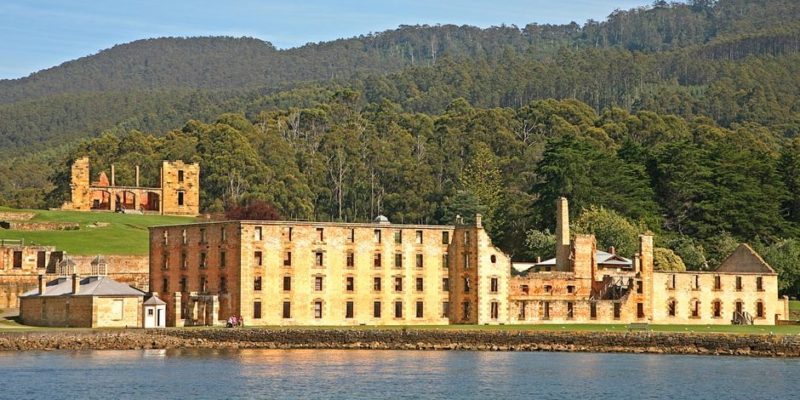 In Australia, the British Empire built prisons like Port Arthur.

The occupation and colonization of Oceania began in the 17th century and was completed during the 18th and early 19th centuries. Initially, it was a penal colony, then agricultural and livestock, and finally mining.

During all these stages it was at the hands of the British Empire, in the case of Australia and New Zealand, but also of France, Portugal, and even Japan, during the 19th century.

The case of India deserves a separate mention. Europeans came (like the Portuguese navigator Vasco da Gama) to India in the early 15th century, seeking new trade routes and newly available resources. Cities like Goa were controlled by the Portuguese and Spanish Empire (after the Iberian Union) for four centuries.

In the 18th century, the British gained the favor of the Mongol Empire. Thus they settled in numerous towns near Calcutta, paying with silver and gold for the privileges granted, and their predominance became notorious.

They also had the sepoys, soldiers trained in Europe and led by Indians, to protect their interests in the region, they faced the French troops. Both European nations were gaining influence in local politics and eventually contributed to the fall of the Mongol Empire.

As a consequence, protectorates and colonial states were created. The most important was the British Raj, which spread throughout India and lasted from 1858 to 1947. 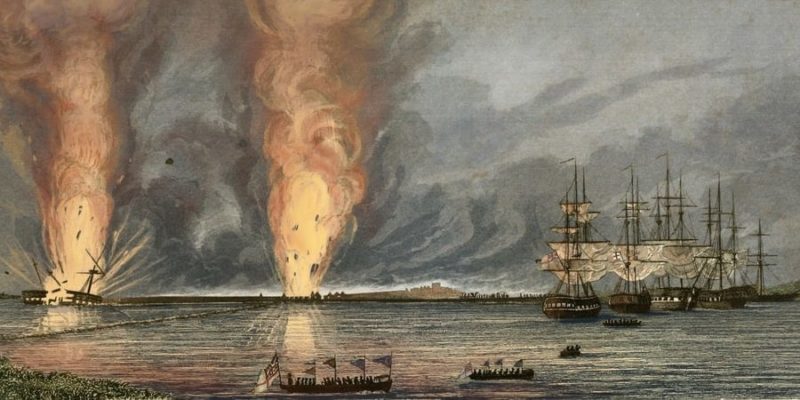 Trade pitted the British Empire against China in the Opium Wars.

In the Asian case, the European colonies encompassed very different cultural areas. For example, the Indochina region was colonized by the French during the 19th century and then intervened by American and Soviet foreign policies in the 20th, within the framework of the Cold War.

Vietnam, Cambodia, Laos, and their regions near China were French colonies for a significant part of the 19th century. On the other hand, the Chinese region suffered different colonial processes.

At first, the British trade that carried opium in exchange for tea and silks defended its business even against the Chinese state itself, or the French who came from the southeast, and even Germany. Port and important cities such as Hong Kong, Shandong, or the Manchuria region were European colonies until the 20th century.

Colonial societies can be very diverse among themselves, but generally, they are constituted on the basis of the predominance of a foreign elite or allied to foreigners, over impoverished crowds.

These elites are concerned with the leadership of the nation and the penetration of foreign culture. They establish cultural relations of subordination and submission, in exchange many times a supposed “progress””. Some may be more uniform than others, but race often plays an important role in separating the citizen strata.

For example, in the Spanish colony in America, there was a society separated by race: the white European who ruled, the indigenous dedicated to servitude, and the black one reduced to slavery. Even people were classified based on the percentage of each race they had.

However, it was impossible to avoid miscegenation and syncretism, especially in regions such as the Caribbean, endowed with unique racial diversity, called the “melting pot”“. 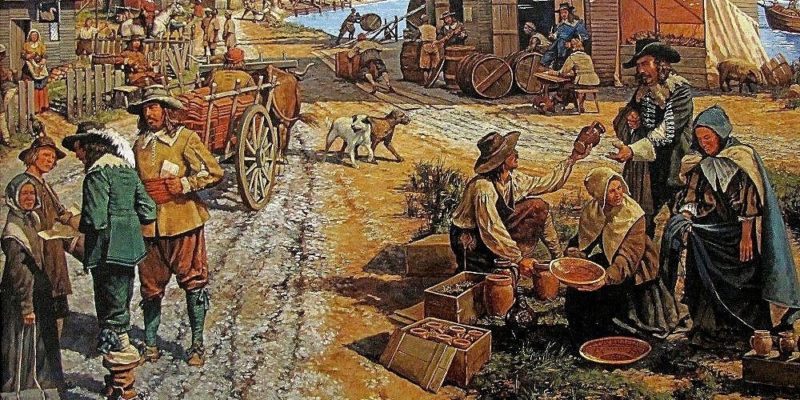 The Hispanic American colonies were prohibited by all forms of commerce with each other.

The economies colonial were constructed based on the benefit of the metropolis above the colony, acting as a mere installation extractivist. In other words, local resources were exploited and sent to Europe to later trade the products made with said raw material.

It was an unequal exchange, sustained by force and through coercion, to prevent the colonies from rising up to demand a new arrangement, of mutual benefit.

For example, the Hispanic American colonies were forbidden by royal decree all forms of commerce among themselves and with other nations, having exclusively to send their resources to Spain, from where a tiny part was returned to them since they applied huge taxes and tithes. 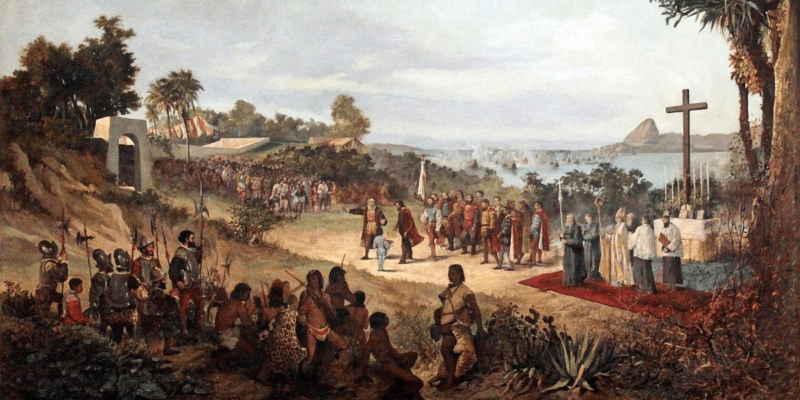 The local inhabitants could keep their traditional clothing.

Dress in most of the colonies of history reflected the class and race distinctions imposed on society as a whole. European clothing was part of the outfit that the ambassadors (formal or informal) of the metropolis in the colony had to keep.

Instead, the vassals, serfs, slaves, or simple local inhabitants could keep their traditional clothes. They were only prohibited when they contravened the moral precepts imposed by the colony.

The colonies were a common destination for European and metropolitan migrants, who saw in them the opportunity to become rich and return to their homeland, or to start a new life from scratch.

In this, the Spanish-American colonies, initially destined to the extraction of resources for the enrichment or the acquisition of a title of nobility and the return to Spain, of the Anglo-Saxon migrants who saw in their new life an opportunity to found a nation of its own and unique.

The four great colonial empires in history were: