We explain everything about elephants, how is their anatomy and diet. Also, what are its characteristics and reproduction.

Elephants are placental mammals and the largest land animals . Their intelligence and behavior is in many cases similar to that of human beings : they are able to play, communicate through sounds and gestures, use tools, recognize themselves, be generous with other individuals of their species, and even go through periods. mourning.

Although adult males of the largest species typically weigh about 7,000 kg , the known record is 11,000 kg. They live between 60 and 70 years, but some individuals exceed 70 years.

Currently all species and subspecies of elephant are in danger of extinction . This is due, on the one hand, to the indiscriminate hunting they suffered for centuries. On the other hand, it is also due to the loss of their natural habitats, as a consequence of climate change and the exploitation of soils . 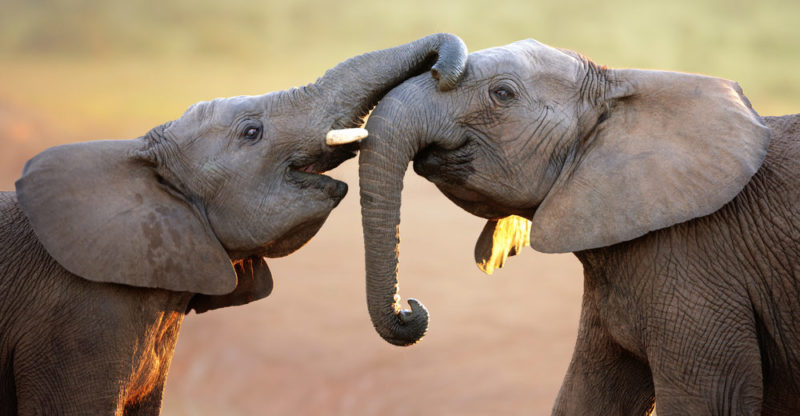 With its trunk, the elephant can distinguish shapes and textures.

The main characteristic by which elephants are recognized is their trunk, called the proboscis. It is a nasal extension made up of more than 150 thousand muscles . This allows the tube to have complete mobility and flexibility in all directions . Since it is a fusion of the nose and the upper lip, it has multiple functions: 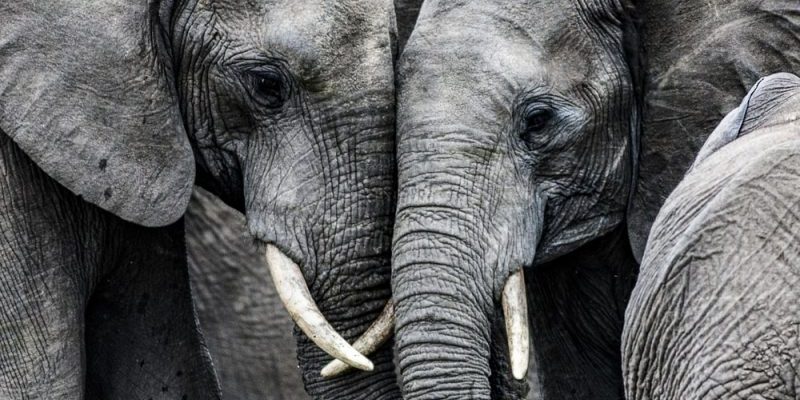 The tusks serve the elephant to mark territory, attack and defend itself.

The teeth that protrude from the elephant’s mouth are often called tusks, but in reality their function is that of incisors . They belong to the upper jaw and grow curved on the sides of the tube.

They have multiple functions such as marking trees to mark their territory, attacking other animals and defending themselves , clearing a path in forests and also digging.

The tusks are made of ivory . For this reason, for centuries they were hunted and that is why the shortage of elephants today. Elephant tusk trafficking is currently prohibited. 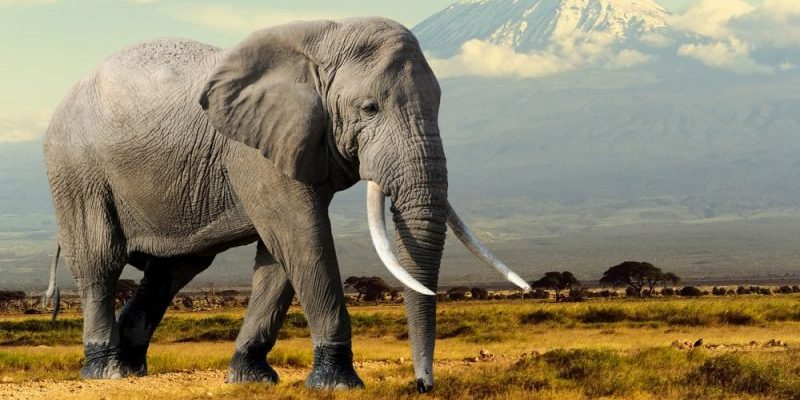 Elephants are also characterized by their large ears. These large surfaces are highly vascular , meaning that the blood circulates through them to cool down. One of the functions of the ears is thermoregulation.

In addition to the sounds they emit with their trunks, called barritar, elephants are also capable of emitting infrasound , that is, sounds that are not audible to humans. These sounds allow them to communicate over distances of several kilometers.

In addition, it has been discovered that they can communicate by striking the ground with their large legs, which other elephants are able to perceive through their hooves. 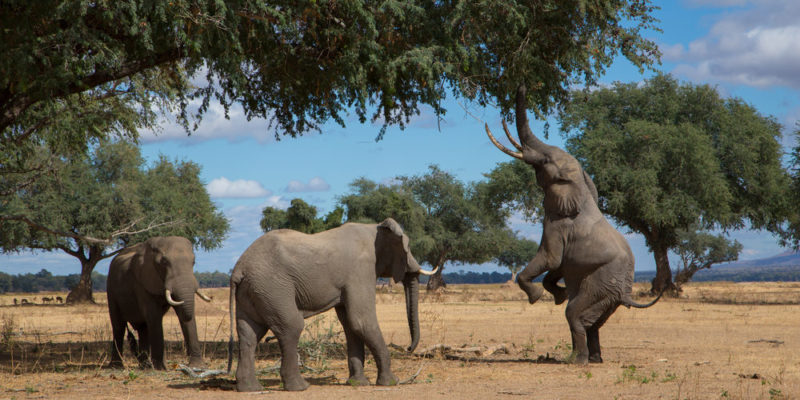 The elephants feed on plants and take advantage of their leaves, fruits and bark.

Elephants are herbivorous animals , so their food is only vegetable. They feed on plants in general and, depending on the plant, they can take advantage of leaves, fruits, bark and even herbs that grow directly from the ground. An adult elephant eats more than 300 kilograms of food daily. 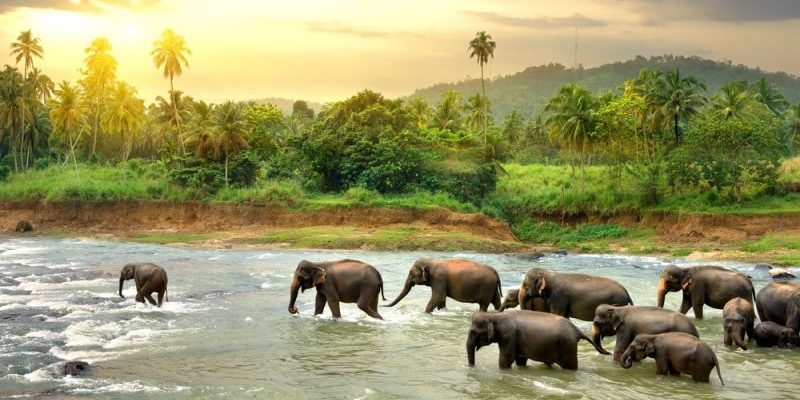 Elephants live in jungles or savannas in Africa or Asia.

Elephants live in both jungles and savannas . In the jungles they have a large amount of food available from the trees, but their movement is difficult due to their large size. In those cases they can use their fangs and the weight of their own body to break through.

The savanna is an ecosystem with little trees but lots of herbs in the wet season. However, the dry season of the savannah implies the almost total absence of plant foods. 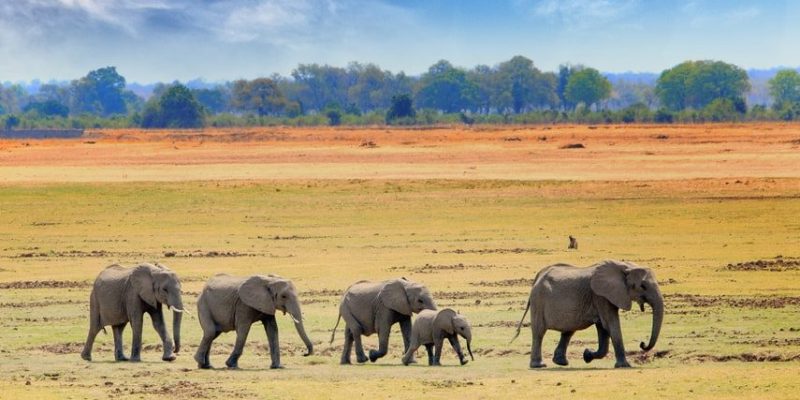 During the dry season, African elephants migrate to search for water and food.

African elephants live in the savannas. For this reason, during the dry season they must migrate in search of water and food.

The dry season begins in April and can last until the end of September. Between September and November, the elephants return to their place of origin , where they will again find plants that have grown with the onset of the rains .

Migration can take place in small family groups (females and males up to 20 years of age) or bond groups (made up of up to five families). However, in some cases massive migrations occur, meaning that an entire herd migrates together. 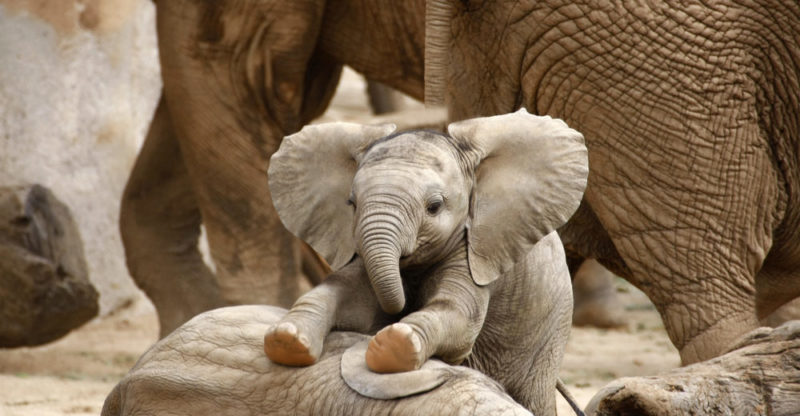 The gestation period of the elephant lasts 680 days.

Elephants reach sexual maturity at approximately 14 years of age . However, the males that mate the most are the oldest, those between 40 and 50 years old. This is because males jostle for the right to mate, and older individuals are typically stronger.

The gestation period for elephants is the longest of all animals - 680 days. Almost always a single baby is born per pregnancy and in very rare cases there are two babies. 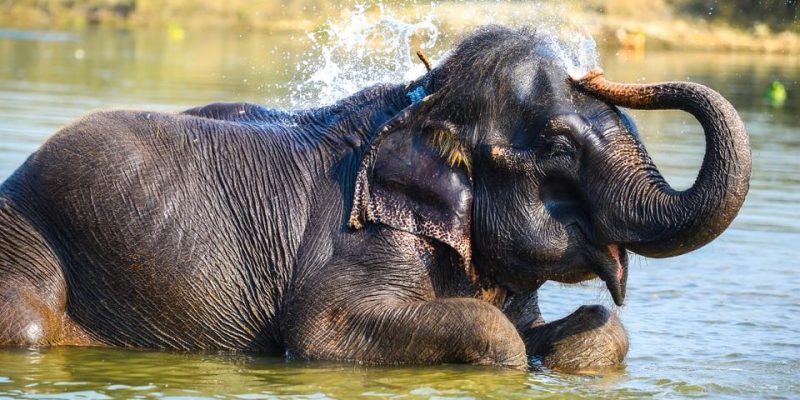 The Asian elephant has smaller ears and a finger on its trunk.

The genus Elephas is a jungle and forest elephant that can grow to be over three meters tall. It is characterized by having four toes on the front legs and only one on the trunk. Its ears are smaller than those of the African elephant.

Of the genus Loxodonta, it is characterized by its large size: it reaches more than four meters high. His ears have large panels. It has three toes on its front legs and two on its trunk.