Xiaomi And Amazfit Watches With NFC For Contactless Payment 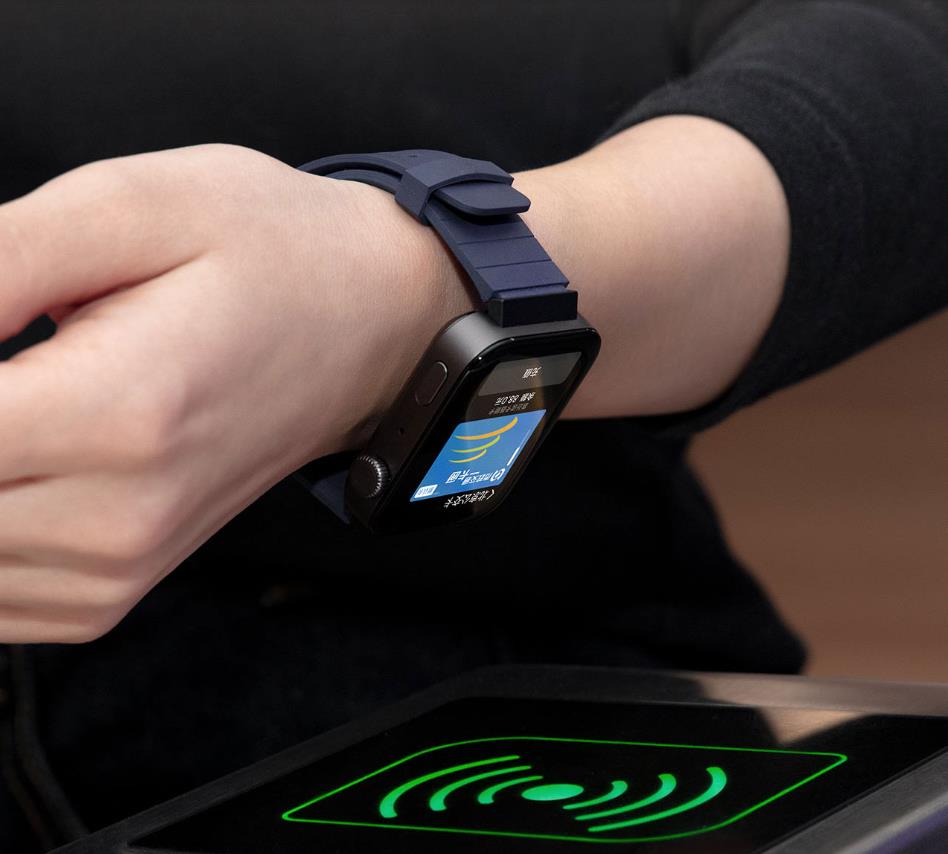 Best Xiaomi and Amazfit watches with NFC in 2022

1. Does Amazfit X come with NFC?

2. Does Amazfit TRex Pro have NFC?

3. Does Amazfit Neo have NFC?

Can I use the Xiaomi Mi Watch for cashless payments?

8. Which Xiaomi and Amazfit watches have NFC support?

The year is 2022, and NFC watches are more popular than ever, thanks to the acceptance of cashless payments. A significant player in the smartwatch industry, Xiaomi also has its cashless payment system, Mi Pay, which is available in many countries, including China and India.

When it comes to Xiaomi watches, not all of them are equipped with NFC, but few have NFC. If you are interested in Xiaomi watches with NFC, keep reading because I will share them. Let us begin.

Best Xiaomi and Amazfit watches with NFC in 2022

Xiaomi and Amazfit offer a variety of smartwatches, but not all of them are equipped with NFC, so I carefully selected the ones with NFC. Let’s take a look.

Let’s start with Xiaomi Watch Color 2, the company’s latest smartwatch. Currently, it is only available for the Chinese market, but there is a possibility that Xiaomi will launch it for the global market in the first quarter of 2022.

When it comes to specs, the Xiaomi Watch Color 2 is equipped with NFC, which allows you to make cash payments through payment methods like Alipay.

In addition, you can store your subway card, bus card, access card, and other contactless access information in the watch. Overall, the Color 2 is a solid choice if you’re looking for a budget Xiaomi watch with NFC.

The Xiaomi Mi Band 6 NFC is the NFC variant of the famous Mi Band 6. As the name suggests, this version of the Mi Band 6 has NFC so that you can make the transaction on any Mastercard payment terminal.

Since Mastercard is a famous company, you can easily find many terminals around you and use your Mi Band 6 NFC for contactless transactions.

Aside from NFC, there aren’t many differences. Like the regular Mi Band 6, the NFC version also has 30+ exercise modes that accurately track outdoor running, treadmills, rowing machines, walking, elliptical trainers, cycling, and other activities.

In addition, the band can also automatically detect and track physical activities such as running and walking on the treadmill. If you want a fitness band with NFC, the Xiaomi Mi Band 6 NFC is a good choice. 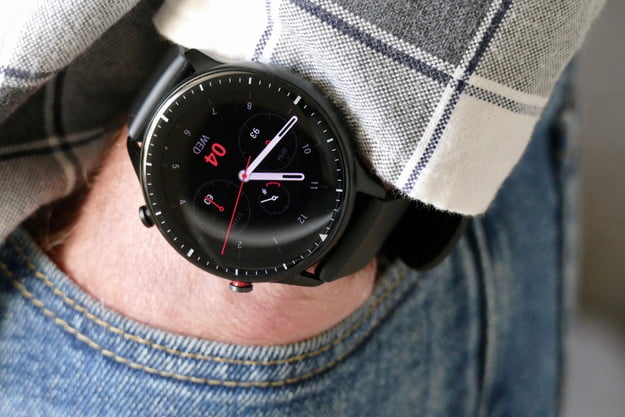 Amazfit GTR 2 is another trendy Xiaomi watch with a built-in NFC. With the GTR 2, you can easily make contactless payments. In addition, you can also use it to store the digital key for the smart door lock, access card, and more.

It is compatible with the bus maps of more than 300 cities, covering more than 20,000 public transport routes.

In addition to NFC, GTR 2 has other advanced features such as sleep monitoring, heart rate measurement, blood oxygen saturation measurement, etc. It also has a music storage option to save your favorite music offline and enjoy it without the internet.

If you want a Xiaomi watch with NFC and many other great features, the Amazfit GTR 2 is a solid choice for you.

Amazfit Verge is a sports smartwatch with advanced heart rate tracking, GPS, etc. It is also equipped with a special NFC chip so that you can use it for contactless payments at NFC terminals.

Amazfit Verge also has a built-in speaker and microphone, which means you can use it to make and receive calls. Overall, if you are looking for a sports smartwatch with NFC and calling capabilities, Amazfit Verge is a good choice.

Amazfit is a large company and is present in many countries worldwide, including the United States and China. The company often separates versions for the international market and the Chinese market. The best example is Amazfit Nexo.

So if you want the Nexo with NFC and ECG, you should buy the Chinese version of the watch. However, it is also important to note that these features only work in Chinese territories.

For example, if you buy the Chinese version and want to use NFC for payments in the US, chances are it won’t work. Therefore, I recommend you to buy Amazfit Nexo only if you live in China. If not, you should consider other options on the list.

Amazfit GTR 2e is another Xiaomi watch with a built-in NFC, which means you can use it for cashless payments and store your meter and other digital keys on it. The watch also has a very stylish design that gives it a premium look.

Like Amazfit Nexo, GTR 2 also comes with NFC. However, this feature is limited to the Chinese version and unavailable for the global market.

It is designed for the Chinese market, doesn’t support online payment methods, and doesn’t work even if you get the Chinese version. So if you live outside of China, I recommend you consider other Xiaomi watches on this list.

1. Does Amazfit X come with NFC?

Amazfit X is a premium smartwatch with a futuristic 3D curved design and excellent build quality. It also comes with many advanced features but lacks NFC, which is quite surprising given that most modern smartwatches these days come with NFC.

2. Does Amazfit TRex Pro have NFC?

Amazfit TRex Pro is a premium sports smartwatch with many advanced features, but it lacks the NFC chip, meaning you can’t use it for cashless payments.

3. Does Amazfit Neo have NFC?

Like most Amazfit smartwatches, the Amazfit Neo is not equipped with an NFC chip, and you cannot use it for cashless payments.

Can I use the Xiaomi Mi Watch for cashless payments?

Xiaomi Mi Watch is a top-of-the-line smartwatch from the company, but surprisingly it lacks NFC functionality, which means you can’t use it on NFC terminals for payments.

Amazfit GTR 3 Pro is another smartwatch from the fashion line, and it brings many pro features, but unfortunately, also no NFC support, which means that you cannot use it for NFC terminal payments.

Amazfit Stratos is the company’s budget line and comes with many smartwatches, including Stratos, Stratos 3, and Stratos+. None of these smartwatches have NFC support, and you cannot use them for cashless payments.

No, Xiaomi Mi Watch Lite does not support NFC payments as it does not come with an NFC chip. 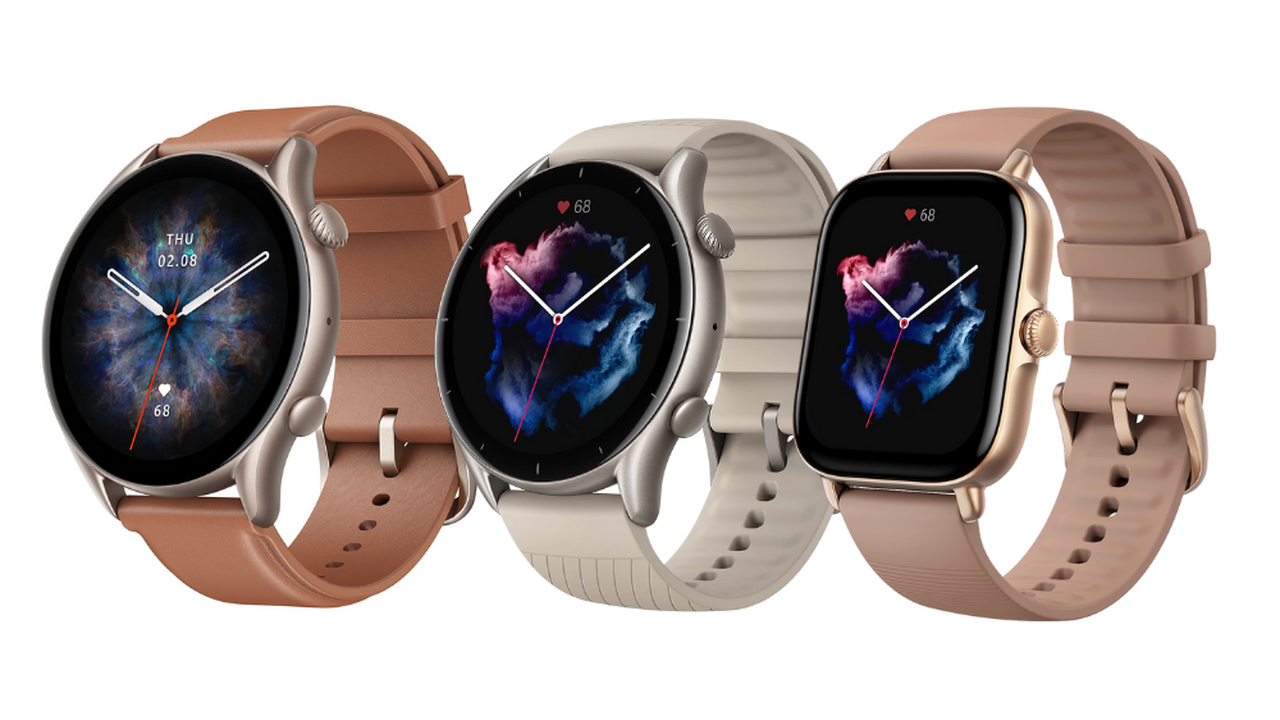 Like other brands like Apple (Apple Pay), Samsung (Samsung Pay), and Google (Google Pay), Xiaomi watches only work with Mi Pay, the company’s proprietary payment system. So if you want to use Google Pay, you’ll need a smartwatch running Wear OS.

8. Which Xiaomi and Amazfit watches have NFC support?

The Amazfit Bip Series is another line from the company that includes more than five smartwatches, including Bip, Bip Lite, Bip S lite, Bip U Series, and Bip S. None of these smartwatches support NFC, and you cannot use them for non-cash payments use.

That’s it, folks. In this guide, I have shared smartwatches with NFC support that You can use for payments in supported regions.