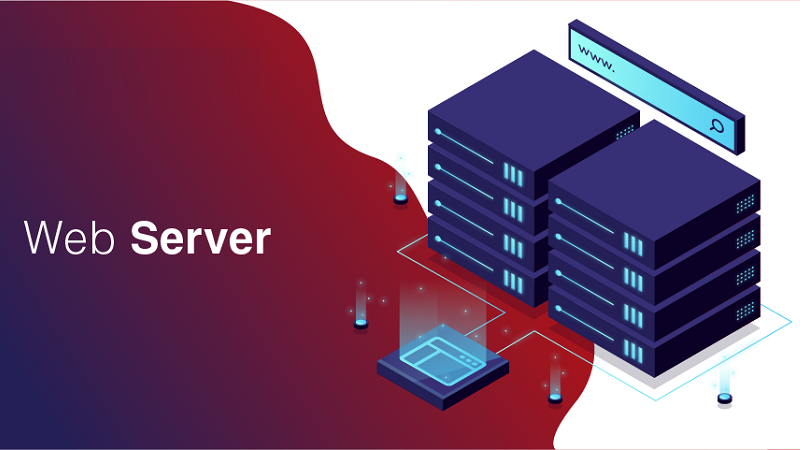 How does the Web Server work?

Advantages of Each Web Server

Where Can You Get Web Server Services?

A web server is software that functions as a recipient of requests sent through the browser and then provides response requests in the form of website pages or more generally in HTML documents. However, web servers can have two different senses , namely as part of hardware (hardware) and as part of software (software).

When referring to hardware, a web server is used to store all data such as HTML documents, images, CSS stylesheets files, and JavaScript files. While on the software side, the function of the web server is as a control center to process requests received from the browser.

In 1990 the web server was a project he proposed to his supervisor at CERN (European Nuclear Research Organization) named CERN httpd proposed by Sir Tim Berners-Lee. This web server runs on the NeXT server. NeXT is a company founded by Steve Jobs after leaving Apple.

In the same year it was also discovered the first time a browser called WorldWideWeb.

How does the Web Server work?

So, besides functioning as a communication link with the website and processing HTTP requests sent by the browser, in general some of the functions of the web server are as follows:

However, if separated based on the definition of web server as hardware and web server as software, then the function is as follows:

Web Server (to distinguish it from the use of capital prefix) is the place to store scripts, images, and website content. The Web Server must be accessible from all regions that have an internet connection.

In addition to storage, the function of the web server is as software that serves requests from the browser. There are many web servers currently available, one of which is Apache.

In addition to the top five web servers in the table below, there are many services offered, including Oracle Servers IBM, Servers, Gunicorn, Zope, Kestrel, Jetty and many more.

The table above is a table of percentage usage of web servers used by many websites on the internet. As you can see, Apache is the most widely used compared to other web servers. The survey was conducted taking into account the following points :

You can visit the w3techs website to see the full data.

Advantages of Each Web Server

The following list is an advantage of the top five web servers used throughout the world. The advantages that we try to discuss are only partially. There are still many other advantages that we cannot directly discuss one by one. We do not enter this section for Google Web Server services, because the service is only used specifically for Google’s online services.

Every web server has its own advantages. Apache web server is a web server service that is currently the most popular used. Apache or sometimes called Apache Tomcat with the support of open source developers and the community is able to become the king of other web servers. Apart from being able to be adapted to the needs of the system, Apache is known to be compatible with various systems because it has many setting options.

In addition, NGINX is known to have strong and lightweight performance, although it is not as popular as Apache. This might be due to a lack of community support.

Where Can You Get Web Server Services?

You can run a web server service on a local server if it’s just for trial and error. How, you can download the web server installation file and then place it on your local computer. However, if you use this method you cannot access it from anywhere, unless you have a dynamic IP address.

If it is not already installed, you can install the Web Server by accessing the VPS. The way to access VPS services is to use SSH.

When the web server is installed, you can access VPS using the VPS IP address. Your website can also be accessed if it is in the http folder that has been prepared.

Web servers are an important part of the website. As mentioned earlier, the function of the web server is as a control to process requests from the browser. Without a web server, a website cannot run properly. The web server has the main task of responding to requests made by users through the browser and giving the results back to the browser.

Whereas until now Apache is still the most popular web server used. Apart from easy use, almost all operating systems are compatible with this web server.

So the end of the article about web servers, hopefully can provide benefits. If there are suggestions, please submit via the comment form at the end of this article and don’t hesitate to subscribe to our article.