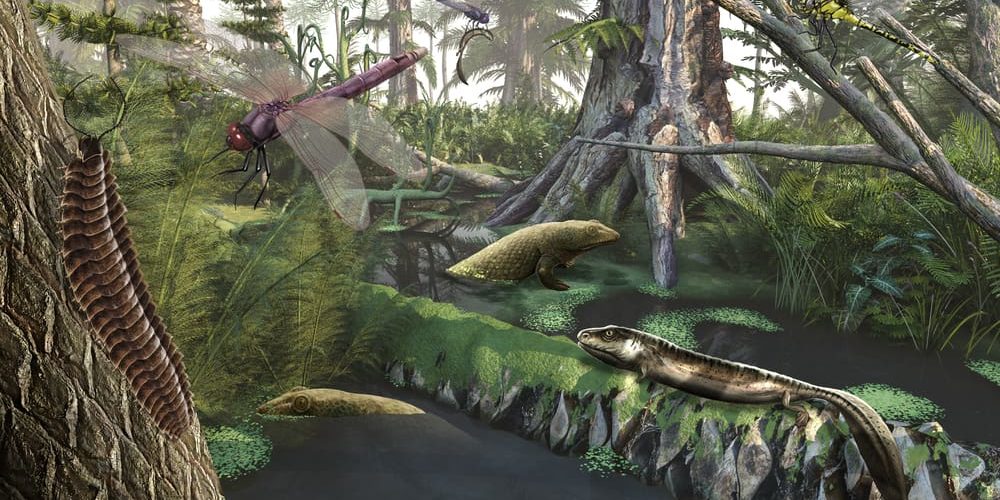 What was the Carboniferous Period?

Geological characteristics of the Carboniferous

Climatic characteristics of the Carboniferous

Characteristics of the Carboniferous flora

The great deposits of coal

Characteristics of the Carboniferous fauna

Hyper-oxygenation of the atmosphere

We explain what the Carboniferous Period was, how it is divided and the climate it presents. Also, what are its characteristics, flora and fauna.

What was the Carboniferous Period?

The Carboniferous begins about 359 million years ago and ends approximately 299 million years ago. It is the longest period of the Paleozoic Era and one of the most tectonically active in Earth ‘s geological history .

Its name, which comes from the Latin words carb? (“coal”) and fer? (“carrier”), was given by the British geologists William Conybeare and William Phillips in 1822. It is due to the fact that an enormous amount of coal was produced in this period ore in the world.

The Devonian Period begins about 416 million years ago and is the fourth of the Paleozoic Era.

It is a time of great diversification of animal life .

The first amphibians arose , equipped with non-branchial respiration systems to colonize dry land, possibly due to the pressure of a declining water level.

Furthermore, the land had already been populated by arthropods , so there was a food niche to exploit.

In the sea , on the other hand, the fish multiplied and diversified. Sponges, nautiloids and ammonoids appeared, as well as primitive sharks. At the end of this period there was a mass extinction that severely affected marine life. 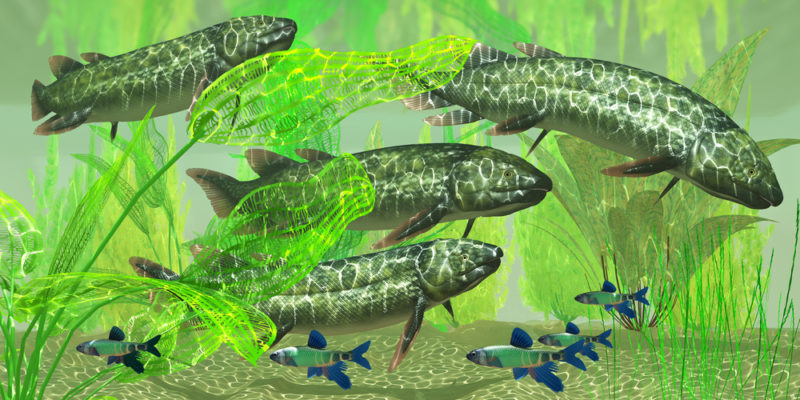 The Carboniferous is divided in two different ways: the North American and the European , the first being the one that enjoys the greatest international acceptance. Let’s see them both separately:

Geological characteristics of the Carboniferous 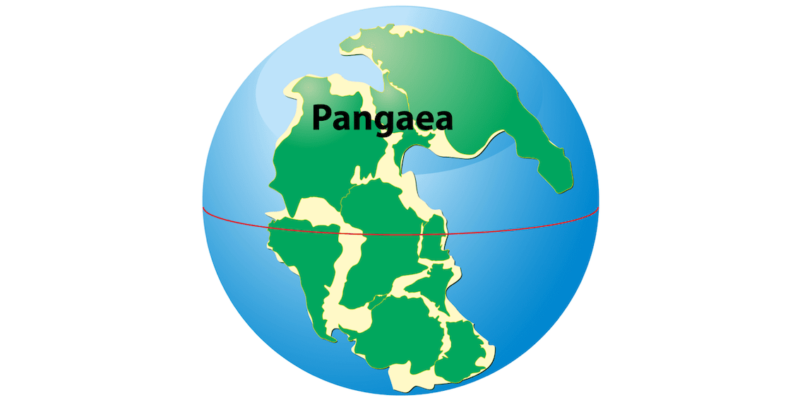 The continents assembled into a supercontinent called Pangea.

If the end of the Devonian Period was characterized by a general drop in seawater levels , in the Carboniferous this proportion was reversed. New seas were created within the continents and the global temperature changed .

The continents assembled into the supercontinent of Pangaea , pressing on each other and giving rise to a very active formation of mountains . Pangea in this period is shaped like an “O” and is surrounded by two oceans : Panthalassa, the global ocean, and Paleo-Tethys, the ocean inside Pangea.

Climatic characteristics of the Carboniferous

The Carboniferous climate is divided into two trends:

The formation of glaciers is due to the fact that the supercontinent moved tectonically towards the south pole of the planet, leaving Laurasia, its northern portion, in the intertropical zone. It was thus that tropical swamps proliferated in this period.

Characteristics of the Carboniferous flora 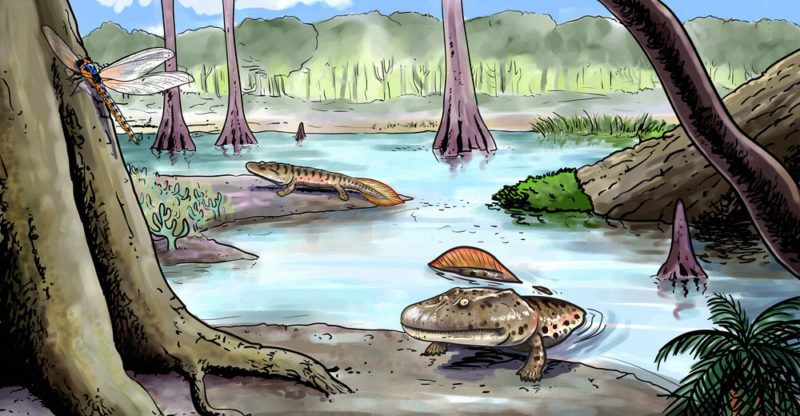 In no other geological period was there such a proliferation of plants as in the Carboniferous. The fossilization of plants is, in fact, the explanation for their name.

The Devonian flora grew during the lower stage and greatly proliferated in later ones, achieving great evolutionary success with a limited number of genera , but great diversity of species.

Among them, large, tree-bearing, seed-bearing ferns , tall gymnosperm trees, and other species thrived and lasted until the Permian, when the increase in fauna made it possible to control the expansion of the flora.

Fungi also diversified greatly during the Carboniferous, as there weren’t too many animals to devour them.

The great deposits of coal 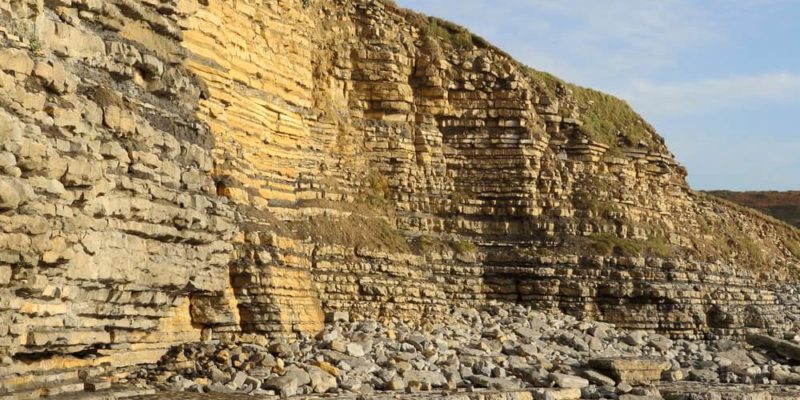 Repeating sequences of limestone, sandstone, slate, and coal were created.

The Carboniferous left a legacy of repeating geological sequences , composed of limestone, sandstone, slate, and coal deposits, in that order, known as “cyclothems” in the United States and “Coal Measures” in Britain.

They are large coal deposits that were exploited by humans during the Industrial Revolution and constituted the first fossil fuels.

The accumulation of these carbon substrates is due to several factors. Mainly, the Carboniferous type of bark of trees was rich in lignin fiber . This compound could not yet be decomposed by bacteria and fungi, which left a large number of trunks exposed to the elements.

Characteristics of the Carboniferous fauna 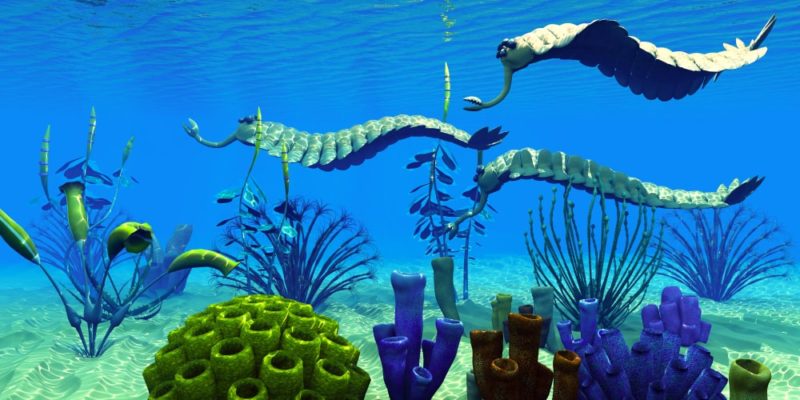 In the Carboniferous the great predators were fish.

The Carboniferous fauna is particularly varied. The seas teemed with invertebrate animals such as echinoderms, brachiopods, sponges and trilobites. Calcareous algae were particularly important in the formation of barrier reefs, since corals had not yet evolved.

Large predators were fish , chondrichthyans (sharks and their relatives), and also early amphibians, many of which still retained fish-like features, but were capable of breathing out of water.

Hyper-oxygenation of the atmosphere

During the Carboniferous there was a gigantic expansion of plant life , due to the warm climate and high humidity levels. Its consequences include a notorious increase in oxygen in the atmosphere , whose percentage of this gas reached 35% (compared to the current 21%).

Thus, they were able to grow to levels that would be gigantic today . Fossils of dragonflies as large as a modern seagull, for example, or scorpions up to a meter long have been found . 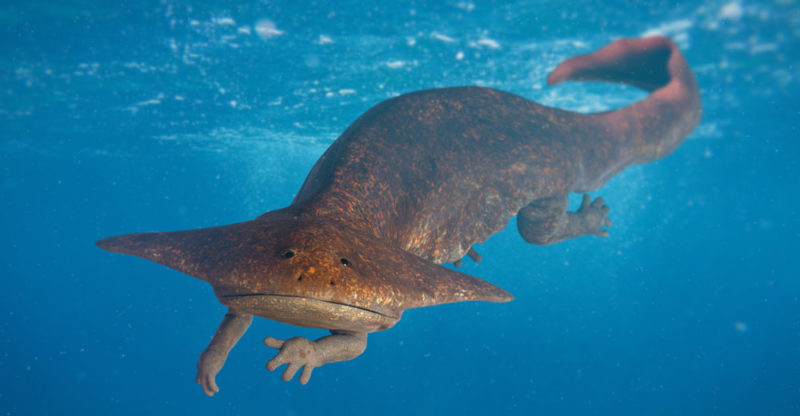 The extinction was a product of the expansion of the glaciers in Gondwana.

In the middle of the Carboniferous period there was a mass extinction of species. It was possibly due to climate change as a result of the expansion of the glaciers in Gondwana, which dried up the level of the seas and lowered the global temperature .

The Permian is the last period of the Paleozoic Era and is temporarily located from about 299 to about 251 million years ago. At this time the world consisted of two large continents, Siberia and Pangea, surrounded by a global ocean called Panthalassa.

The Permian culminated in the largest known extinction in the history of life on the planet , the Permian-Triassic mass extinction, which wiped out 70% of terrestrial species and 90% of marine species.

The above publication at Collaborative Research Group is for informational and educational purposes only and has been developed by referring reliable sources and recommendations from technology experts. We do not have any contact with official entities nor do we intend to replace the information that they emit.